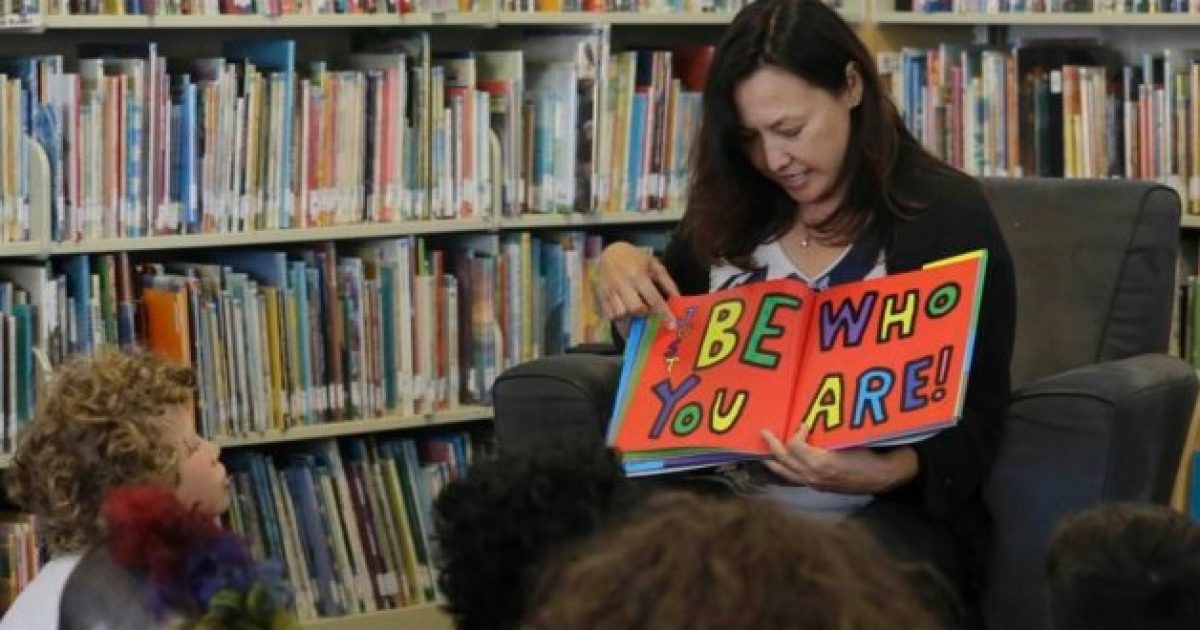 Parents, who are entrusting their children’s education to government schools, face additional challenges in child rearing because of information disseminated to their children by teachers and the school system, particularly when the cognitive development stage of the child cannot comprehend the information.

Case in point. Breitbart reported that “parents of kindergartners attending a California charter school are frightened after a teacher read her class a book about transgenderism without notifying them.”

In this household, it would not be fright the school system or teacher would have to handle – just saying.

“My daughter came home crying and shaking so afraid she could turn into a boy,” one parent of a kindergartner at Rocklin Academy said.

“These parents feel betrayed by the school district that they were not notified,” Karen England of the Capitol Resource Institute said at a school board meeting this week, the local CBS affiliate reports. “The kindergartners came home very confused, about whether or not you can pick your gender, whether or not they really were a boy or a girl.”

According to the news report, the book was given to the teacher by a gender-confused child. Parents asserted the same kindergartner “also changed clothes and was revealed as her true gender” during class.

Cognitive development in kindergartners is immature, meaning children at this age cannot comprehend abstract thinking; they lack “the ability to imagine other perspectives or alternatives, and the ability to anticipate needs and actions.”

Children at this age are at the development stage of egocentric thinking.

Being a kindergarten teacher or school principle would preclude that these people understand childhood development and develop lesson plans accordingly, meaning no child would be given information they were cognitively incapable of processing.

Unfortunately, that is not the case these days; exposing children to social issues as early as possible is the norm.

When a child comes home from school in mental distress, which is what one parent described, this is cause for alarm, particularly when the child expresses a “fear” of “turning into a boy.”

In any other day and age, this would be considered a form of child abuse.

For a teacher to allow a student, regardless of age, to change clothing in a classroom filled with boys and girls aka a public venue is gross misconduct, negligence, a violation of all that is decent, and grounds for dismissal.

An adult outside the school system that allowed a child to “change clothing” in front of a group of boys and girls would be charged with child abuse along with others that might involve exploitation of children.

Parents expressed betrayal that they were not notified ahead of time that the kindergarten teacher read two books about transgenderism to her students, including I Am Jazz, which were reportedly given to her by the kindergartner who is in the midst of gender transition.

The book was co-authored by Jazz Jennings, a teen who was born a boy but was allowed to transition to a girl.

“It’s really about the parents being informed and involved and giving us the choice and rights of what’s being introduced to our kids, and at what age,” said parent Chelsea McQuistan.

This incident is about more than parents being betrayed and not “informed and involved.”

This teacher stripped parents of the right to decide what is taught to their children and the choice to remove that child if the lesson violates their beliefs and parenting style.

In other words, the teacher, school, and school system violated the rights of the children and the parents.

The kindergarten teacher, who has remained unnamed, stated in response to parent outcries, “I’m so proud of my students, it was never my intent to harm any students but to help them through a difficult situation.”

Excuse me? What difficult situation?

From what several news agencies reported here, here and here, the student, who was “transitioning” its gender, gave the books to the teacher in order for the teacher to better understand the transition.

This was only for the teacher. It was not for her to share with other students, period.

No outlet has reported any “situation” that posed any “difficulty” for the students warranting reading of these books, which were a personal gift to the teacher, to these children.

It gets even better when colleagues of the unnamed kindergarten teacher offered their support.

Kelly Bryson, seventh-grade teacher, stated, “When we head in the direction of banned books or book lists, or selective literature– that should only be read inside or outside the classroom, I think that’s a very dangerous direction to go.”

Ms. Bryson, you seriously cannot compare these parents’ concerns and an impromptu reading of a non-curriculum book to banning books, book lists or “selective literature.”

That is beyond ignorant, bordering on stupid.

And, why did you not address the teacher allowing a child to change clothing in front of the entire class?

Is it possible you agree with that action, which many would term child exploitation?

Superintendent of Schools, Robin Stout, issued a statement indicating “staff will be engaging parents and teachers in discussions about how materials outside our curriculum will be addressed in the future.”

In actuality, the policy is in place to allow teachers to deviate when they see fit without informing the parents, even when the deviation could be considered controversial or not.

The teacher would not have read this book to the class otherwise.

There were LGBTQrsv… advocates who weighed in on the issue as Breitbart reported.

The forced gender ideology that LGBT groups advocate claims that biological sex is subordinate to self-declared “gender” and attempts to undermine the science-based civic understanding that there are two biological sexes – male and female.

“Most people have a sense of their gender identity at age 3 or 4,” Jo Michael, legislative manager at Equality California and transgender individual, told FOX40. “It’s important to note that the other students really do need to have that opportunity to engage and hear from the transgender student.”

Any parent who has ever had a 3 or 4 year old knows the child’s understanding of gender extends to “boys have a peeper; girls don’t.”

Moreover, their concept of the origin of babies revolves around “babies coming from a special place in the mommy’s tummy.”

Anything more than that, the child has difficulty grasping since abstract thinking skills are undeveloped at that age.

To suggest exposing children, who are not their own, at this age or the age before abstract thinking skills develop to concepts such as the mental illness of “transgenderism” or LGBTQrsvu… is advocating for engaging in child abuse.

And, to expose children to “ideologies” before they can grasp actual scientific facts is irresponsible and negligent, at best.

It matters not what someone “thinks” his/her gender may be.

Thinking something else does not make it so.

Even in chromosomal disorders, the individual is either male or female, as determined by the chromosomal pairing of XY or XX.

As a nursing professor asked in our classroom, “Which is the stronger sex – male or female?” Seeing the stunned look upon the faces in the class, she said, “the answer is female since there is no life without an X chromosome and X chromosomes are only passed by females.”

By suggesting that a male can be female and vice versa rejects physical science and enters the realm of mental illness.

Moreover, none of these individuals can procreate once their body is mutilated.

What does that do for the human race?

It creates less individuals able to perpetuate God’s commandment to “be fruitful and multiply,” which plays into the hands of those who seek to decrease the world’s population in order to better control it.

The current school superintendent and school board members should be replaced for implementing a policy that allowed this type of deviation to occur.

No, it is not censorship or book banning for any school system to have a policy disallowing inappropriate age material or any deviation in the curriculum involving controversial issues requiring parental consent.

Regardless of what the government or school system tries to peddle, parents are ultimately responsible for education of their children.