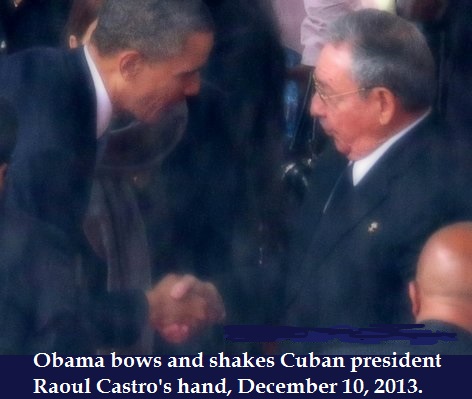 On July 20, 2015, three months after the Obama administration removed Cuba from the list of countries that sponsor terrorism, the United States and Cuba normalized their relations by reestablishing diplomatic relations and reopening embassies in their respective capitals, Washington , D.C. and Havana.

Beginning in late 2016, however, the State Department said our diplomats in Havana complained about neurological symptoms, including hearing loss, nausea, headaches and balance disorders.

CBS News reports that on August 11, 2017, Secretary of State Rex Tillerson said U.S. diplomats in Havana, Cuba, are the victims of “health attacks” that left them with neurological damages, and that the United States “hold the Cuban authorities responsible for finding out who is carrying out these health attacks.”

A source familiar with the incidents told CBS News that as many as nine U.S. government employees had their assignments cut short due to the severity of the symptoms, but other employees who were also affected remain on the island after being “encouraged not to leave.”

As early as February 17, the Cuban government had been informed of the incidents. Havana flatly rejected the allegations, saying that “Cuba has never permitted, nor will permit, that Cuban territory be used for any action against accredited diplomatic officials or their families, with no exception,” and that it had launched an “exhaustive, high-priority, urgent investigation at the behest of the highest level of the Cuban government.”

State Department spokeswoman Heather Nauert said the U.S. retaliated by expelling two Cuban diplomats from their embassy in Washington on May 23. She did not say how many U.S. diplomats were affected or what health damage they sustained, saying only that they had “a variety of physical symptoms.” Cuba’s government called the decision to expel the two Cuban diplomats “unjustified and baseless.”

“Sources” said that similar reports of headaches and hearing loss are coming from people within the Canadian embassy in Cuba. In the home of one top Canadian official, everyone in the residence including Cuban employees were taken to CIMEQ hospital where top government leaders are treated– for examination by an ENT specialist. The Cuban employees were then sent home for the day and Canadian security was brought in for a thorough sweep of the house.

After months of investigation, U.S. officials concluded that the American diplomats had been exposed to an advanced device that operated outside the range of audible sound and had been deployed either inside or outside their residences. It was not immediately clear if the device was a weapon used in a deliberate attack, or had some other purpose. The U.S. officials weren’t authorized to discuss the investigation publicly and spoke on condition of anonymity.

Intelligence experts told CBS News it could also have been a routine intimidation campaign taken to another level. Vince Houghton, an intelligence historian and curator at the International Spy Museum, said:

“This could be new technology that had a side effect that no one had expected. On the other hand, it could have been designed … to harass, to make people feel uncomfortable.”

On August 23, 2017, CBS News reports that the symptoms are much more serious than headaches or hearing loss.

According to medical records reviewed exclusively by CBS News, a U.S. doctor who evaluated the U.S. and Canadian diplomats working in Havana diagnosed them with conditions as serious as mild traumatic brain injury, and with likely damage to the central nervous system. The doctor, one of several who reviewed their cases, included a warning in the medical records about the health risks of future exposures.

A source familiar with these incidents says officials are investigating whether the diplomats were targets of a type of sonic attack directed at their homes, which were provided by the Cuban government. American diplomats have also been subjected other types of harassment including vehicle vandalization, constant surveillance, and home break-ins.

Meanwhile, the neurological attacks on U.S. diplomats in Havana continue.