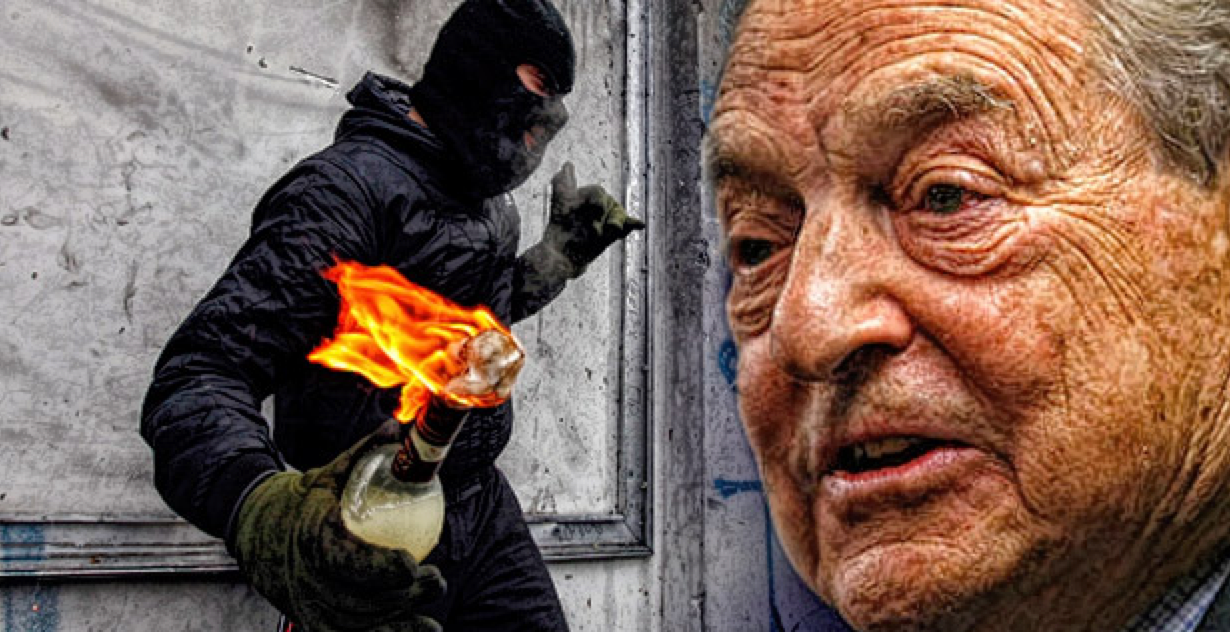 If Soros is spending this much on local DA races in Philadelphia, imagine how much he is pouring into more important and higher-profile contests. Soros is attempting to bring his anti-Americanism, socialism, and globalist internationalism into every sphere of American life, and destroy every vestige of America as a free nation.

If you are unfamiliar with Soros’s actual past, remember that, as 60 Minutes reported in 2006, “While hundreds of thousands of Hungarian Jews were being shipped off to the death camps, George Soros accompanied his phony godfather on his appointed rounds, confiscating property from the Jews.”

I have long documented the malevolent activities of Soros’ evil empire all the way back to his Nazi youth, when he was confiscating the property of the Jews. Soros has said that helping the Nazis was “the happiest time of my life.”

Liberal billionaire George Soros gave nearly $1.7 million to a political action committee run by his longtime treasurer to aid a Democrat who is running for the district attorney position in Philadelphia, Pa., the latest in a series of such expenditures.

Soros has generously funded a number of district attorney races throughout the United States in recent years via political action committees that tend to shut down after each election.

Soros cut a $1,450,000 check on April 28 to the Philadelphia Justice & Public Safety PAC, a super political action committee established on May 5 that lists its address at the D.C. office of the Perkins Coie law firm. Whitney Tymas, who has been involved with a number of Soros PACs, is listed as the PAC’s operator, records show. The PAC’s purpose is to back progressive attorney Larry Krasner, the Democratic nominee for district attorney in Philadelphia.

Beth Grossman, a prosecutor who is the Republican nominee for district attorney in Philadelphia, said it is disturbing that Soros, an outsider who “knows nothing” about public safety issues in the city, is throwing massive amounts of money behind her “far-left” opponent.

“What really disturbs me is I feel like he’s an outside individual who knows nothing about Philadelphia and its specific public safety issues or whatever public safety crisis it’s facing comes in with his agenda and backs a far-left candidate who has never prosecuted a criminal case in his 30 year career as a criminal defense attorney,” Grossman told the Washington Free Beacon. “Everyone is entitled to the best defense that they can get, but this individual, my opponent, has also sued the Philadelphia police department in the city over 75 times and he dislikes law enforcement.”

Grossman went on to say that the role of the district attorney’s office is to enforce laws and not to conduct a “grand social experiment.”

“So you have that kind of agenda along with George Soros, and suddenly—the role of the DA’s office is not to conduct a grand social experiment, it is to enforce the laws of the commonwealth of Pennsylvania justly and fairly, and to protect the constitutional rights of everybody: victims, witnesses, as well as those accused of crime.”

Grossman added that that she does not want her city to turn into Baltimore or Chicago if her opponent were to be elected.

“He [Soros] blows into town—he dumps millions of dollars into this. There are volunteers—I don’t know whether he pays them or where they come from—who come in and try to get people to the polls and pass out literature, and then they leave town. I have concerns, if he gets elected, my opponent, I don’t want us to turn into a Baltimore,” said Grossman. “I don’t want us to turn into a Chicago. It’s really disturbing—we have one of the finest public defenders offices in the country, we don’t need two.”