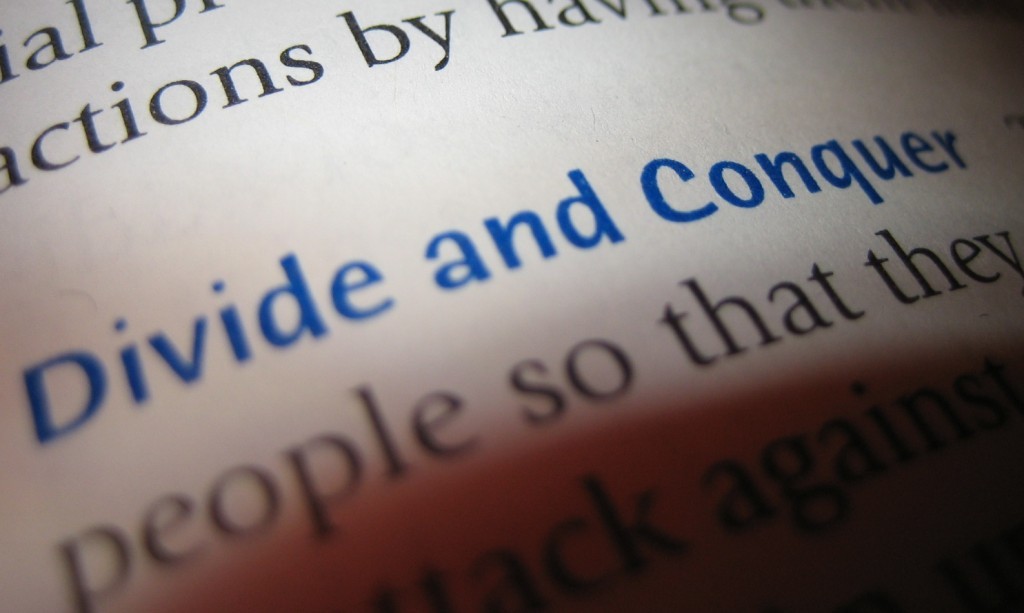 The corporate deadstream media continues to stoke the flames of an alleged brewing race war. Is there any truth to this tale or are we witnessing something much more nefarious?

There is a division brewing. At least, that’s what the “mainstream” media would have you believe. If you have been plugged into the deadstream corporate media (TV, Internet, magazines, etc.) over the last year, you would likely have spent at least some of your time being afraid of the following:

Now you can add white supremacists and anti-fascists to the list of things that should keep you up at night. This is not to say that any of these topics are completely irrelevant. What I am getting at is the fact that the corporate media (which is owned by a handful of corporations) have the power to influence your thinking and, as a result, keep you afraid or angry. The media (and the people behind it) are working together to create conflict. To stir the pot. To stoke the flames. In reality, for the average American these issues truly represent a small slice of the issues which are of immediate threat to their freedoms and livelihood.

While I believe all people should oppose low-level, primitive thinking such as racism and bigotry, we should be hesitant to let these stories and pundits play on our fears and push us into violent action. Also, we should remain skeptical and be aware there are infiltrators and provocateurs involved with promoting these fears. That is what I would like to focus on today. We must consider the possibility that the threat of both white supremacists and violent left-wing activists is being blown out of proportion to manipulate the public’s emotional state. A second possibility: These incidents of violence are being provoked by a State agency in order to create further conflict and justification of police state measures in response to this faux race war.

As I first wrote in December 2016, the purpose of a Donald Trump’s presidency is to radically divide the American people. He has not only emboldened conservatives who grew tired of mainstream politics and neoconservatism, but his actions and words have lit a fire under the extreme right wing of American politics. This extreme, or “Alt”-Right includes white nationalists, white supremacists, anti-Semites, former anarcho-capitalists and libertarians, and others who do not quite fit in with mainstream (or even independent) politics. Of course, not all Donald Trump supporters are racist bigots and not all those who choose to identify as Alt-Right should be considered racist bigots. Still, there is no denying that Trump’s policies and speeches have given the bigots a glimmer of hope that their ideas might become mainstream.

In reaction to the rise of racist factions of the Alt-Right, we are seeing the growth of the American AntiFascist Action (Antifa) movement. Despite the reports from the corporate media, this tactic has historical roots. Since at least the 1930s, anti-fascists and anti-racists took the streets of Europe to fight actual fascists. In America 2017, the Antifa activities have tended to focus on pro-Donald Trump rallies, freedom of speech rallies, and the growing American Alt-Right.

The purpose of this piece is not to argue that white supremacists do not pose a danger or that Antifa has not used violence. The purpose is to punch holes in the idea that these conflicts over race and identity are 100% organic. To be fair, there have been previous reports warning about the dangers of white supremacists. Specifically, in a joint intelligence bulletin, issued May 10 and obtained by Foreign Policy, the DHS and the FBI said white supremacist groups had carried out more violent attacks than any other domestic extremist group over the past 16 years. The report also said the agencies expected more attacks. There’s also a 2006 bulletin warning law enforcement about infiltration by white supremacists. Unfortunately, organizations like the Southern Poverty Law Center often lump these legitimate dangers together with warnings about peaceful “anti-government” activists and organizers.

The white supremacists are not the only group striking fear into the heart of some Americans. An online petition calling on the White House to designate Antifa a terror group has been signed over 300,000 times. “It is time for the pentagon to be consistent in its actions – and just as they rightfully declared ISIS a terror group, they must declare AntiFa a terror group – on the grounds of principle, integrity, morality, and safety,” the petition reads. Unless we are to assume that all 305,000 signatures were done by their white supremacist nemeses, it would seem Antifa’s tactics are opposed by a few hundred thousand Americans.

These two groups — the right-wing racists and the left-wing anti-fascists who fight them – -are quickly becoming the focal point of the latest drama in middle America. The corporate media has done a hell of a job running round-the-clock news coverage of these white supremacists and Antifa. Not only do these groups represent a small minority of Americans, but, as I wrote in my last piece, there is a great danger in the FBI (or other government agency) infiltrating Alt-Right, white supremacist groups and anti-fascist groups for the purpose of causing or encouraging violence.

“There is a real danger of masking up while in the moments of conflict , not only from law enforcement , but also the possibility of hidden white nationalist who infiltrate to cause disruption or to make antifa conflicts worse,” scott crow, former Antifa organizer and author of the upcoming Setting Sights: Histories and Reflections on Community Armed Self Defense, told Activist Post. “We have seen it online with fake antifa sites calling for fake violence.”

The desire to protect one’s identity is understandable, but it also opens the door to infiltrators who only desire to initiate chaos and violence without any purpose or message. Police masquerading as black bloc activists have been exposed at the 2001 G8 Summit in Genoa, Italy, and at protests in 2007 in Quebec, and police posed as activists to infiltrate the Occupy movement.

“There is always a cost benefit analysis that needs to be assessed before any strategy or tactic is used,” crow warned. “These questions have to be answered by those participating in the streets at any given time, and sometimes its absolutely necessary and infiltration does happen.”

We must also consider the infiltration of the right-wing groups, especially the more extreme racist and supremacist groups. While there were Internet rumors of Crowds on Demand organizing paid protesters for the Charlottesville march, those allegations are not factual. There was another story from the website True Pundit which claims that anonymous FBI sources confirmed that federal confidential informants were responsible for the violence at the Charlottesville march. Unfortunately, anonymous government sources are not credible. We do not have to imagine the entire rally to be fake to understand the danger of provocateurs. As the Alt-Right and their supporters begin to don masks and helmets it is likely that police or private actors will infiltrate for their own purposes.

Believe it or not, there is actually a historical precedent for provocateurs playing a role in riots and protests directly related to racism. By studying the Central Intelligence Agency’s role in promoting riots and racial division in Guyana one might gain insight into how the CIA (or other state agency) could operate domestically.

Stay tuned tomorrow for the conclusion of this look at the engineered race war.

Cartoon of the Day: Wall of Silencing
May 8th, 2021 Conservative Firing Line

Michelle Obama worried her famous daughters may be shot by police
May 7th, 2021 Liberty Unyielding

White Women arrested for hate speech… What about Lebron’s death threats aimed at cop?!
May 7th, 2021 The Joe Messina Show