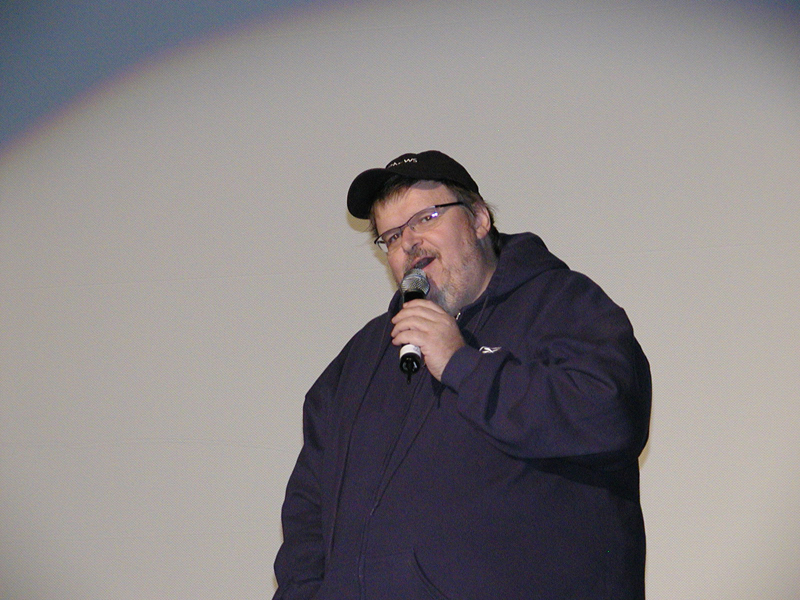 (INTELLIHUB) — Leftist filmmaker and noted anti-Trump propagandist Michael Moore is at it again, this time revealing that he “can’t wait” for the day that whites are a minority in America as he believes it will allow the Democratic Party to take full control of the country.

Moore made the stunning comments in an interview for his new “Trump resistance” Broadway show which aims to rally viewers into joining the left-wing, anything goes, attack on all things Donald Trump.

After mentioning several attempts currently taking place to find a way to circumvent the Electoral College, Moore moved onto directly implying that the tens of millions of people who voted for Trump are all racist minority haters.

“Here’s another positive thing to look at: Every year 3 million 18-year-olds become adults and potential voters,and we raised those kids,” Moore said. “We’ve raised a generation of kids who don’t hate people on the basis of race, or they don’t hate somebody because they’re in love with somebody of the same gender.”

More then got into specific race baiting and the idea that left-wing politics will be better served once more white people die out.

“Nearly 70% of the country is either female, people of color, or young adults between 18 and 35, or a combination of the three. The angry white guy is dying out, and the Census Bureau has already told us that by 2050, white people are going to be the minority, and I’m not sad to say I can’t wait for that day to happen. I hope I live long enough to see it because it will be a better country.”

The above comments by Moore are only the latest in a string of unhinged anti-conservative rhetoric from the establishment talking head, including a recent rant on CNN where he directly called over 50 million Americans racist.

“Moore first took aim at President Trump himself, calling him ‘absolutely a racist’ before going into a rant that compares the over 50 million Americans who voted for Donald Trump to actual rapists,” Intellihub News reported.

“If you hold down the woman while the rapist is raping her, and you didn’t rape her, are you a rapist?” Moore told the admittedly anti-Trump Don Lemon. “Let’s cut the BS and start speaking honestly.” he continued.

We are clearly seeing a new front in the hard-lefts arsenal where they now feel comfortable enough to start openly talking about how great they think the country will be when whites become a minority and the Democratic Party becomes the only real political option.

And apparently the rich and white Michael Moore is leading the way….