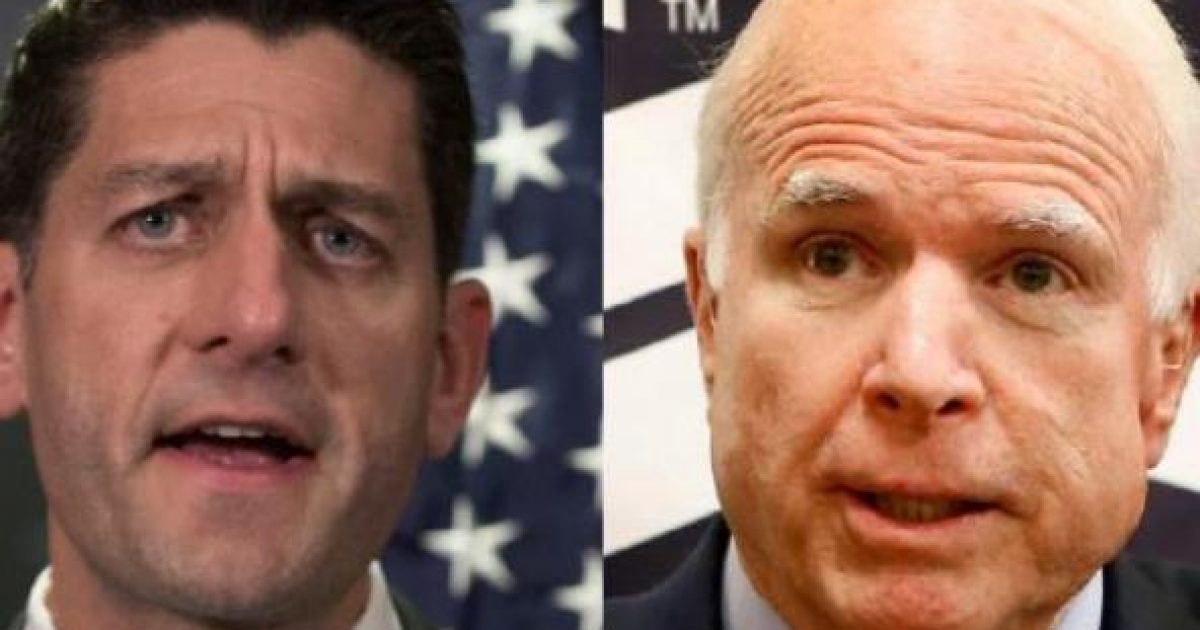 Once again, the man Republicans blasted me over not supporting for Vice President in 2012 is vindicating why I didn’t support him and how stupid it was to put him on an already losing ticket with liberal Mitt Romney.

Following President Donald Trump’s gracious pardon of former Maricopa County Sheriff Joe Arpaio on Friday, Speaker of the House Paul Ryan (R-WI) just couldn’t keep his mouth shut about the pardon and attempted to act as though he has not done what he claims Arpaio was wrong in doing.

“The speaker does not agree with the decision,” said Ryan spokesman Doug Andres. “Law-enforcement officials have a special responsibility to respect the rights of everyone in the United States. We should not allow anyone to believe that responsibility is diminished by this pardon.”

Ryan is the highest ranking Republican to break with the decision by President Trump to pardon Sheriff Joe.

However, he’s not the only one to do so.

“Mr. Arpaio was found guilty of criminal contempt for continuing to illegally profile Latinos living in Arizona based on their perceived immigration status in violation of a judge’s orders,” McCain said. “The President has the authority to make this pardon, but doing so at this time undermines his claim for the respect of rule of law as Mr. Arpaio has shown no remorse for his actions.”

.@POTUS's pardon of Joe Arpaio, who illegally profiled Latinos, undermines his claim for the respect of rule of law https://t.co/2FckGtwQ2m

It’s because in all actuality Songbird, he was upholding the law, not violating it. Because Barack Hussein Obama Soetoro Soebarkah would not enforce immigration laws, it was left up to the highest law enforcement officer in the county, the sheriff, to do the job, and they didn’t like it.

Then there’s Senator Dianne Feinstein who said the pardon demonstrates “flagrant disregard for the rule of law in this country.”

House Minority Leader Nancy Pelosi (D-CA) demonstrated her own hypocrisy of ignoring the ridiculous pardons of Obama and blasted the pardon Twitter.

Paul Ryan has supported indefinite detention of the NDAA, a clear violation of the rights of citizens protected under the Constitution.

Paul Ryan will not repeal Obamacare, which he knows is a disaster.

And do I need to go through the list for Frau Feinstein, Comrade Pelosi and Songbird McCain? These three are among the most corrupt we have in DC!

At least there was some pushback from some who were paying attention.

“In his last days, (President) Obama commuted the prison sentence of Chelsea Manning — a treasonous intelligence analyst who shared a trove of intelligence with the infamous Wikileaks,” Franks (R-AZ) said Saturday in a statement to Fox News.

“While no one can dispute Manning acted to undermine our country’s national security, Joe Arpaio has spent a lifetime trying to maintain it. … It is easy to discern that Arpaio is a patriot, while Manning is a traitor,” he added.

“The president did the right thing — Joe Arpaio lived an honorable life serving our country, and he deserves an honorable retirement,” Trent Tweeted.

The Associated Press called the pardon unusual for the following reasons:

The President…shall have Power to grant Reprieves and Pardons for Offences against the United States, except in Cases of Impeachment. –ARTICLE II, SECTION 2, CLAUSE 1

The reality is that those railing against President Trump over a man who was simply upholding immigration law demonstrates they are at war with the law and don’t want to follow it.

I didn’t even list all the violations of the Constitution Ryan has been involved in, and to list the violations by Pelosi, Feinstein and McCain would each take individual articles.

Suck it up buttercups!