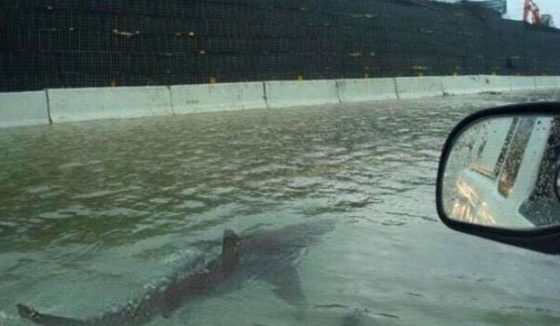 In the aftermath of natural disasters and other major events, it isn’t unusual for fake images to go viral on social media.

Hurricane Harvey is no exception.

Actual images of the devastation Harvey has caused are shocking, so it is understandable that some would be fooled by images posted by internet tricksters – and shared by unwitting participants in spreading “fake news.”

An example of this is the image above, which appears to show a shark swimming down a highway next to a vehicle.

The Highway Shark photo is currently being shared on social media outlets with captions stating that it was taken in Houston, Texas.

But, it wasn’t – that image has been around since at least 2011. It went viral after Hurricane Irene, and has popped up after other major cities have experienced flooding.

Oh, and the image isn’t real anyway: it is composite of at least two different photographs. In a blog post, shark biologist David Shiffman explains how to tell if a shark in flooded city streets after a storm photo is fake.

If you fell for it, don’t feel too bad – James Woods did, and he reportedly has a genius-level IQ.

Man, #Texas is as good as it gets. They got sharks swimming up their freeways and #Texans are in that water saving people. #HarveyHeroes pic.twitter.com/wXaRns8kn4

Obviously this is photoshopped, but the water moccasins and gators are not. People are risking their lives in that water. #HarveyHeroes https://t.co/ttAikJ2Ves

This image is circulating on social media, and while it would not be surprising to see this kind of flooding in the Houston airport considering Harvey has brought 49.32 inches of rain already – breaking the all-time Texas rainfall record from a tropical storm or hurricane, according to the National Weather Service.

But, the photo of flooding in the Houston airport is fake.

The picture was actually made by digital artist Nickolay Lamm for search engine company StorageFront as part of a series showing the effect on rising sea levels. The picture most widely being circulated shows what LaGuardia airport would look like after 25 feet of sea level rise, but there are others in the same series that show the effect of five feet and 12 feet of rise.

Workers at Houston airport have said on social media that although the airport is affected by the storm, it’s not anything like the image here. The FAA closed the airport to commercial traffic on Sunday, and all roads to and from the airport are also closed. That caused a number of Southwest passengers to become stranded at the airport, and the airline ended up airlifting them to safety on Sunday.

This image of a store that was supposedly looted in Houston is trending under #HarveyLootCrew on Twitter. While that photo does show a store that was looted after a hurricane, it wasn’t Harvey: it was Sandy. The Huffington Post shared the photo in 2012.

The following image is circulating with claims it shows the group blocking emergency crews. 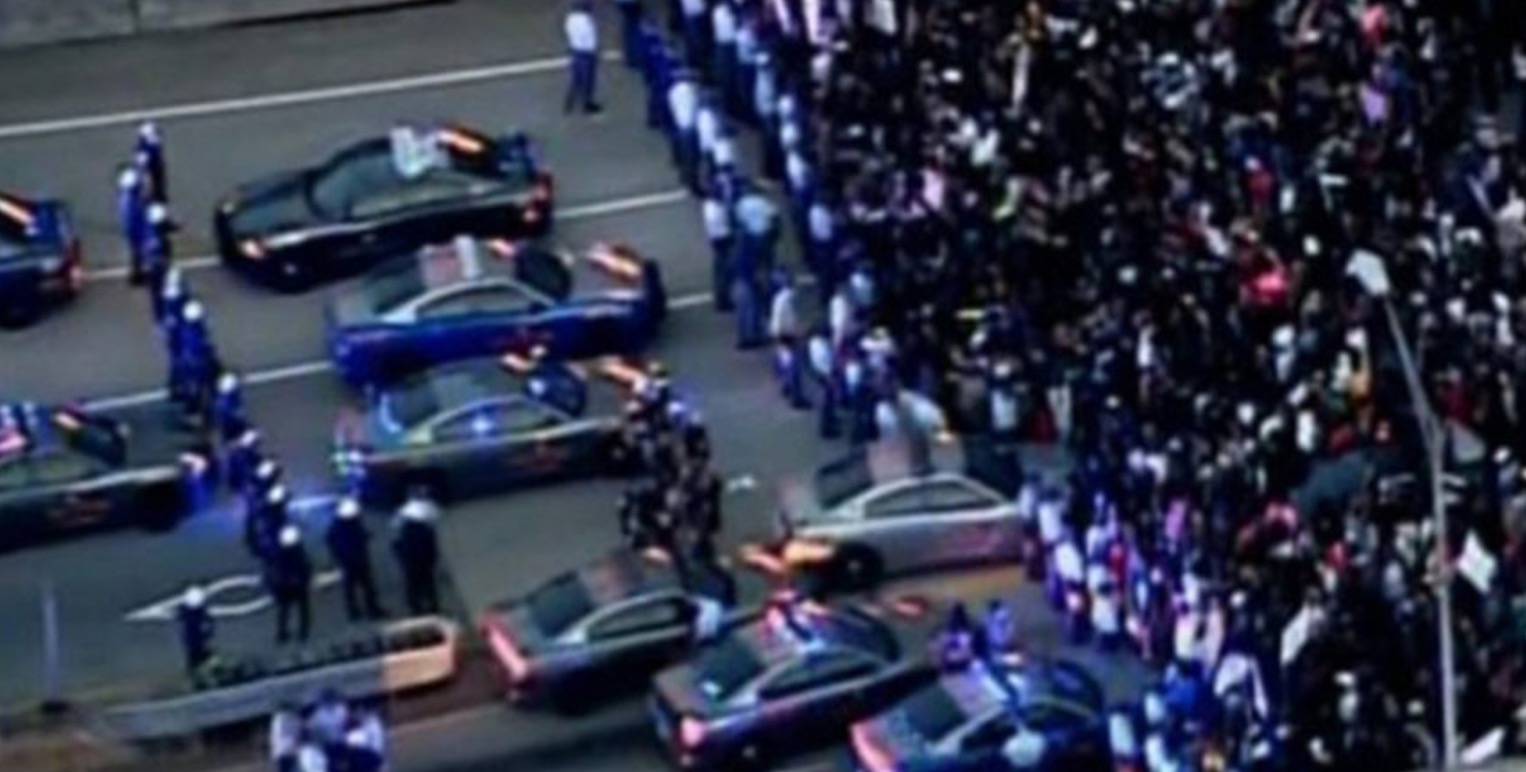 The image is real, but it is actually a screenshot from a July 2016 CNN video showing protesters shutting down an Atlanta highway following police shootings in that city.