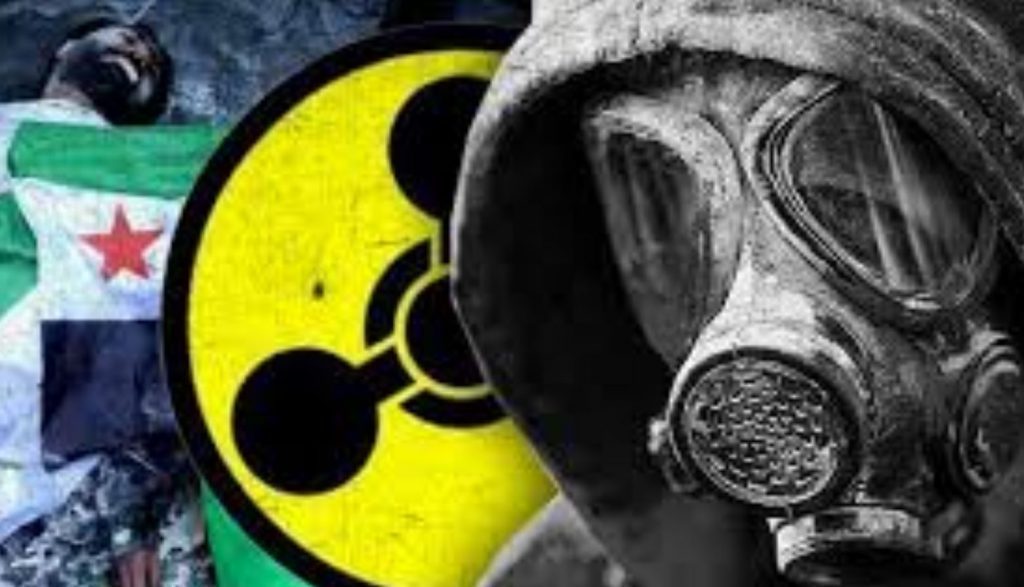 A video that was posted to YouTube as far back as 2013 is now making the rounds on the Internet four years later due to Mimi al Laham, Syrian Girl, (SyrianGirlPartisan on YouTube) sharing the video on her channel.

The video, which is around three and a half minutes long, shows children being instructed by terrorists to act as if they have been hit with sarin gas. In the background, one can clearly see terrorist logos and the black, white, and green flag of the terrorist “rebels.”

The children appear to be in some sort of a contest with judges as a number of adults play the role of doctors. The children do their best by lying on the floor, convulsing, and gasping for air as sad music is blaring throughout the video. The children are surprisingly believable, no doubt getting into their roles as children often do when it comes to make believe.

Some of the children can even be seen frothing at the mouth and, as the adults playing the doctors pretend to collapse, other adults can be seen spraying some type of substance on the “doctors’” face which looks a lot like the froth that appears after one has been exposed to certain chemical weapons.

At the end of the video, one can see a man in a gaunt Mickey Mouse costume telling the children that everything is in good fun.

Chemical attacks in Syria, which have all been committed by America’s terrorists not the Syrian government, have repeatedly been capitalized on by terrorist PR groups like the White Helmets.

However, a number of chemical attacks have been outright faked and filmed for a Western television audience. As far back as 2013, Mother Agnes Miriam revealed that many of the victims of a much-touted chemical weapons attack were actually kidnapped from another part of the country and used as stage props. In May, 2017, terrorist Imad Abdeljawad confessed to taking part in staged chemical weapons attacks.