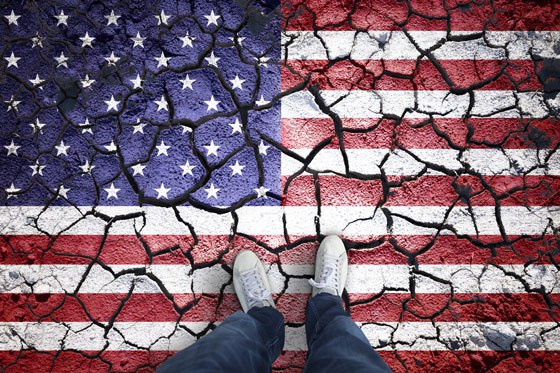 Nothing epitomizes the failure of Europe’s immigration policies more than the notorious “no-go zones.”

For decades the West has opened its borders to people who don’t share their values, and the West has utterly failed to encourage these people to assimilate. To even suggest that is now considered racist in many European countries.

The lack of assimilation has reached a degree that many of these populations have become resentful of their mediocre status in society, and have actually become more insular. Younger generations of these immigrants are more likely to follow ideologies like radical Islam, and they’re less likely than their parents to interact with native born Europeans. Many of them don’t even speak any European languages.

The result has been the rise of dozens of no-go zones, which dot the urban landscapes of Europe. These are places that act as ethnic enclaves within their host countries. They are nations within nations, where outsiders are routinely shunned, berated, and beaten if they dare enter. In addition to that, they’ve become hotbeds of terrorism and civil unrest. And believe it or not, these Islamic no-go zones are beginning to show up in the United States.

That’s according to Raheem Kassam, a conservative political activist and author from the UK. He recently wrote a book on the subject of no-go zones, which reveals startling similarities between the Middle Eastern enclaves of Europe and America.

Places like the Cedar Riverside area of Minneapolis, where Shariah cops make house checks to make sure Somali refugees are not becoming too Westernized, and Hamtramck, Michigan, where the call to prayer is blasted over loudspeakers in Arabic and storefronts that once peddled Polish sausage are now brimming with halal meats.

These can be the early warning signs of a budding no-go zone, says Kassam. But even more crucial, he says, is the level of assimilation by second and third generation Muslim Americans. If the experience of Europe is any indication, trouble is on the horizon for U.S. cities.

Of course, America has always had neighborhoods that were predominantly inhabited by various immigrant groups. But over time those immigrants still assimilated. That’s not what we’re seeing is America’s Muslim neighborhoods.

“But you look at the Muslim immigrants and they’re not doing that, they’re actually further ghettoizing, they’re moving inward, not outward.”

Polls by Pew Research show a higher proportion of young Muslims backing terrorism, supporting death for apostasy [leaving Islam], death for homosexuals, and the idea that the woman must cover herself with the hijab or the burqa.

“You see a higher disposition than their parents who believe these things,” Kassam said. “They’re holding onto this Muslim-American sort of thing, and they’re being supported by the political left.”

Kassam includes a whole chapter on Hamtramck, which in 2015 became the first U.S. city to elect a majority-Muslim city council. Several years before that, in 2011, the city approved the Muslim call to prayer over loudspeakers, effectively chasing away many of the last Polish holdouts.

What’s going on in Europe right now should stand as a warning to Americans. Those countries have made a terrible mistake with their immigration policies, which they may be paying for over the next few generations. But unlike Europe, we still have time to change course. We can still adopt a sensible immigration policy that invites people who treasure our values, and turns back those who would have no respect for what we stand for.