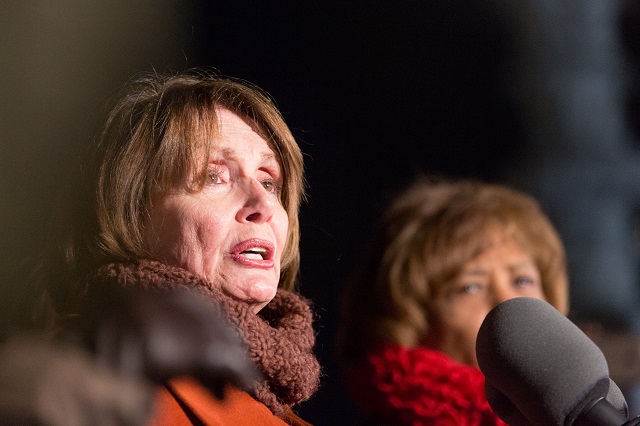 “Our democracy has no room for inciting violence or endangering the public, no matter the ideology of those who commit such acts,” Pelosi said in a statement Tuesday evening. “The violent actions of people calling themselves antifa [sic] in Berkeley this weekend deserve unequivocal condemnation, and the perpetrators should be arrested and prosecuted.”

Thirteen people were arrested and five others were injured Sunday after more than 100 black-clad, hooded protesters with masks and weapons attacked and overwhelmed the peaceful demonstrators.

…”In California, as across all of our great nation, we have deep reverence for the Constitutional right to peaceful dissent and free speech,” Pelosi’s statement continued. “Non-violence is fundamental to that right. Let us use this sad event to reaffirm that we must never fight hate with hate, and to remember the values of peace, openness and justice that represent the best of America.

In modern day America, victimhood is celebrated as a virtue. The more of a victim you are, the higher your status becomes.

By going into a mob of antifa and getting beaten and persecuted Jesus-style, great patriots like Arthur Schaper managed to completely flip the fake news’ narrative from Charlottesville and got Nancy Pelosi, The Washington Post and many other leftists to condemn antifa.

We must make it clear her condemnation is not good enough because she created the climate where antifa is being allowed to thrive.

Nancy Pelosi needs to call out each antifa group by name and condemn them all, from By Any Means Necessary to It’s Going Down to the Red Guard.

She must also be asked to condemn the Mayor of Berkeley for being a member of BAMN’s Facebook group and helping foment this violence and the Berkeley police chief for standing down and giving antifa “space” to destroy.