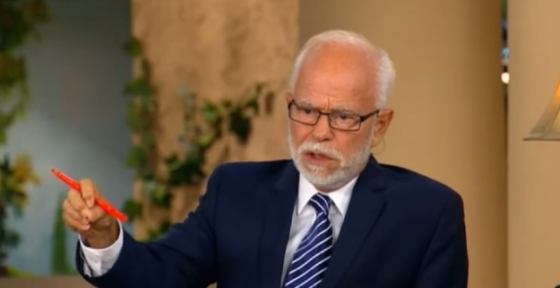 Televangelist Jeff Bakker says that Christians will start a civil war if President Donald Trump is impeached. Refusing to mince words, Bakker lays out his eerie prediction for America.

Among the warning that Christians are in danger of losing their voice in American society, Bakker made a somewhat odd but potentially accurate prediction should the left succeed in their ultimate goal: the impeachment of the 45th president of the United States. In fact, several House Democrats have signed on to a bill to impeach Trump, so the scenario could be coming down the pipeline.

“If it happens, there will be a civil war in the United States of America. The Christians will finally come out of the shadows because we are going to be shut up permanently if we’re not careful,” he said on The Jim Bakker Show in a clip highlighted by Right Wing Watch.

Bakker has focused a lot of his discussions on prophecy and the end times laid out in the book of Revelation in the Bible. Bakker also agrees with the many Christians who have expressed their mutual concern of being “shut up” in order for the political elites to push through their agenda.

“God says faith without works is dead. We have to do things, God has been standing with me, and I don’t know about you, it’s time for preachers like you, you’ve been doing it, to stand up and shout out,” Bakker told a pastor on the show.

Bakker served nearly five years in prison for fraud and conspiracy connected to his original television program, The PTL Club. The former “prosperity gospel” preacher resigned from the ministry in 1987 after he was accused of rape by Jessica Hahn.

Bakker has been known to say and act in a controversial manner, but this may be a little over the top. A Christian uprising seems a little far-fetched.