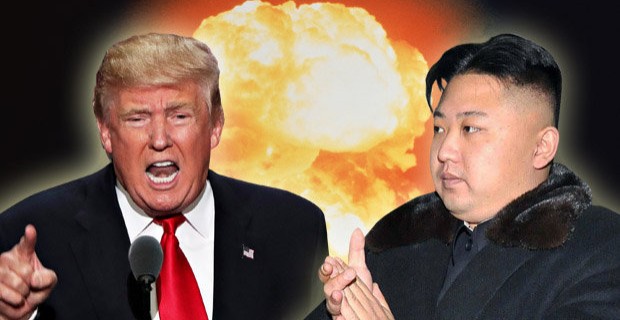 War model shows tensions about to boil over

Economist and forecaster Martin Armstrong is predicting a U.S. military “confrontation” with North Korea by September 12.

Armstrong is known for successfully predicting the 1987 Black Monday crash as well as the 1998 Russian financial collapse.

He also accurately predicted a political uprising against the status quo in America two years before Donald Trump was elected.

“There is no question he is doing this to show strength to retain control,” wrote Armstrong in response to Kim Jong-Un’s decision to launch missiles over Japan earlier this week.

“There are always people within a government who would assassinate him if he appeared weak. Such is the fate of dictators.”

Armstrong cites September 11-12 as the key “window for a conflict on our war model with North Korea.”

“We must be on guard for this is the prime period where a confrontation could emerge,” he concludes.

In response to North Korea’s latest provocation, Russia has reportedly ordered a mass evacuation of 150,000 people from its border with the Stalinist state.

The test of an upgraded B61 nuclear bomb in the Nevada desert could also “mean that the United States is preparing for war,” according to military analyst Oleg Glazunov.

Meanwhile, Alt-Market.com’s Brandon Smith thinks the way the media is treating the situation is ominous.

“The mainstream media has instead been going out of its way to downplay any chance that the current inflamed rhetoric on both sides of the Pacific is anything other than bluster that will end with a whimper rather than bomb blasts,” writes Smith.

“This is one of the reasons why I think war is imminent; the media is a notorious contrarian indicator. Whatever they predict is usually the opposite of what comes true (just look at Brexit and the election of Donald Trump, for starters). Another generalization that is a sure bet is that the mainstream media usually lies, or at the very least, they are mostly wrong.”