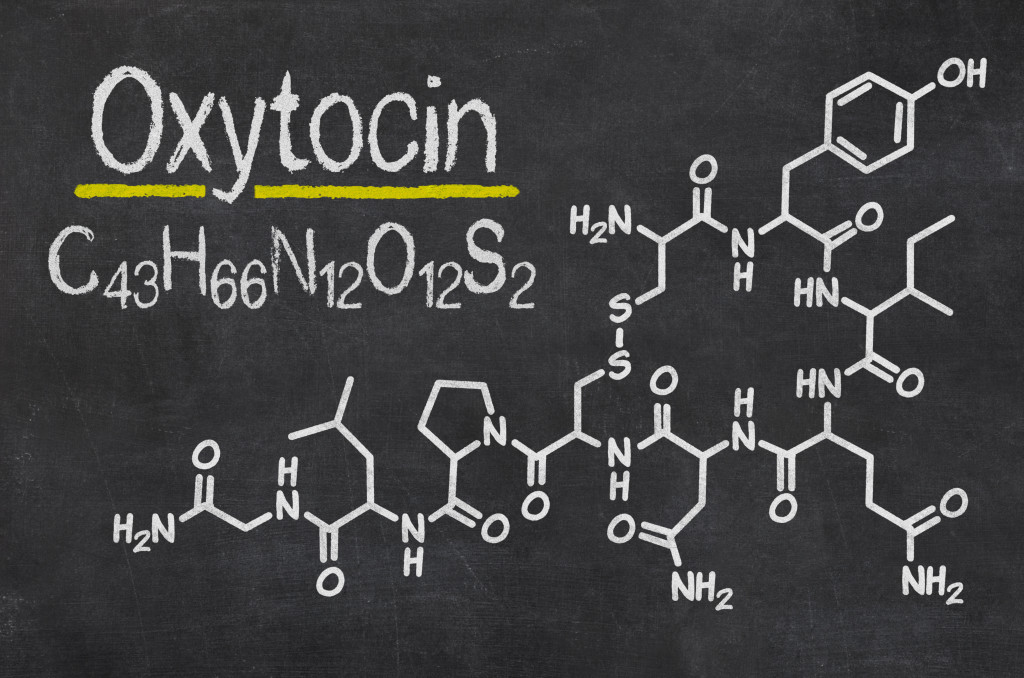 I really hope you understand this.

It is Brave New World, but not the Huxley novel. It’s happening now.

It’s a new published study that appears on the website of the prestigious Proceedings of the National Academy of Sciences of the United States of America.

The title of the study is, “Oxytocin-enforced norm compliance reduces xenophobic outgroup rejection.”

Xenophobia is defined as: “fear or hatred of foreigners, people from different cultures, or strangers.” (Dictionary.com)

Oxytocin, the chemical used in this study, is described by Medical News Today: “Widely referred to as the love hormone, oxytocin has also been dubbed the hug hormone, cuddle chemical, moral molecule, and the bliss hormone due to its effects on behavior, including its role in love and in female reproductive biological functions in reproduction.”

“Oxytocin is a hormone that is made in the brain, in the hypothalamus. It is transported to, and secreted by, the pituitary gland, which is located at the base of the brain.”

“In chemistry, oxytocin is classed as a nonapeptide (a peptide containing nine amino acids), while its biological classification is as a neuropeptide. It acts both as a hormone and as a brain neurotransmitter.”

The published study details a successful attempt at chemical mind control. The goal is making people more “happy and friendly” about mass migration, by changing their hormonal response toward migrants.

Nothing in the study cites inherent migration problems, such as increased violent crime, back-breaking financial pressure on government budgets, and the eroding of local cultures. It’s all about shifting feeling and reaction toward waves of immigrants.

Here are extensive quotes from the new study:

“Here we report the results of a double-blind, placebo-controlled experiment showing that enhanced activity of the oxytocin system paired with charitable social cues can help counter the effects of xenophobia by fostering altruism toward refugees. These findings suggest that the combination of oxytocin and peer-derived altruistic norms [social cues] reduces outgroup rejection even in the most selfish and xenophobic individuals, and thereby would be expected to increase the ease by which people adapt to rapidly changing social ecosystems [mass immigration].”

“Never before have individuals had to adapt to social environments defined by such magnitudes of ethnic diversity and cultural differentiation. However, neurobiological evidence informing about strategies to reduce xenophobic sentiment and foster altruistic cooperation with outsiders is scarce. In a series of experiments settled in the context of the current refugee crisis, we tested the propensity of 183 Caucasian participants to make donations to people in need, half of whom were refugees (outgroup) and half of whom were natives (ingroup). Participants scoring low on xenophobic attitudes [already accepting toward immigrants] exhibited an altruistic preference for the outgroup, which further increased after nasal delivery of the neuropeptide oxytocin. In contrast, participants with higher levels of xenophobia generally failed to exhibit enhanced altruism toward the outgroup. This tendency was only countered by pairing oxytocin with peer-derived altruistic norms [social cues], resulting in a 74% increase in refugee-directed donations. Collectively, these findings reveal the underlying sociobiological conditions associated with outgroup-directed altruism by showing that charitable social cues co-occurring with enhanced activity of the oxytocin system reduce the effects of xenophobia by facilitating prosocial behavior toward refugees.”

Here is the study’s basic backgrounder: “At this time, we are witnessing one of the largest movements of refugees since the end of World War II (1, 2). Ongoing conflicts, persecution, and poverty in the Middle East and Africa have continued forced displacement of more than 65 million people since 2015 (2). Accommodating the large influx of migrants not only challenges the humanitarian capacities of European countries but also requires their native populations to adjust to rapid growths in ethnic diversity, religious pluralism, and cultural differentiation. However, the impetus to adapt to changing social ecosystems is susceptible to considerable interindividual heterogeneity (3). Resistance to this transition often goes along with xenophobic sentiment (4), and as a consequence, recent elections in Europe have favored populist candidates who have openly expressed xenophobic attitudes toward refugees (5). However, at the same time, volunteer work for migrants in the hosting countries has reached all-time highs and is estimated to exceed 1.6 million hours per month in Germany alone (6). In the face of growing tensions over differences in ethnicity, religion, and culture (3), there is an urgent need for devising strategies for helping foster the social integration of refugees into Caucasian societies.”

The truly disturbing and mind-boggling aspect of this study is: many people would accept it as a reasonable way to “solve” the migrant crisis.

Forget about the actual effects of immigration. They’re irrelevant. Instead, focus on re-shaping people’s minds, through chemical intervention.

The authors of the mind-control study are basically saying, “If you have a problem with mass immigration, the problem has nothing to do with facts. It only has to do with your hormone system. Basically, you have a deficit of oxytocin.”

I have written many articles about the effects of philosophic materialism, including its conclusion that humans are merely biological machines and, therefore, can be manipulated at will by “those in charge.”

“Free will? A delusion. Individual choice? Unacceptable. Humans are inherently programmed in every respect, and badly programmed at that. The central flaws must be fixed. Humans must be reconfigured so they automatically respond to stimuli in new ways. ‘More humane ways’.”

Lost in this study, as well, are the effects of dosing with oxytocin on a person’s overall hormone system. You don’t suddenly ramp up one hormone without changing levels of others—testosterone, for example. But who cares, when the social and political goal must be attained? If men become more passive in the process, why not?

Perhaps that notion will be the formation of the next study. “Let’s cut testosterone and see what happens. How much of it do we need to reduce before men just lie around and play with toys and dolls?”

Interestingly enough, the authors of the study never considered dosing male immigrants of military age with the oxytocin “love hormone.” Heaven forbid. That would be “interfering in their culture.”