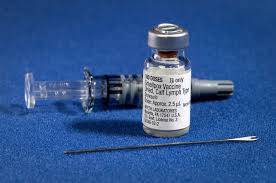 The FDA has just released a statement (8/28) about its crackdown on a California company pushing an unapproved treatment for cancer patients: stem cells mixed with a smallpox vaccine.

But that’s not the big story. The big story is buried in the FDA press release. Here is the Agency’s statement:

“Serious health problems, including those that are life-threatening, can also occur in…people who…have problems with their heart or immune system if they become infected with the [smallpox] vaccine virus, either by being vaccinated or by being in close contact with a person who was vaccinated.”

The FDA states that those with certain prior health conditions who pick up the smallpox virus, as a result of vaccination, are at exceptionally high risk. AMONG THOSE PRIOR HEALTH CONDITIONS IS: “IMMUNE SYSTEM PROBLEMS.”

And yet…during the years 1966-1980, a massive smallpox eradication campaign was carried out in Africa, under the auspices of the World Health Organization. Roughly 100 million doses of the smallpox vaccine were given to Africans, MANY OF WHOM ALREADY HAD COMPROMISED IMMUNE SYSTEMS.

How much devastation was wrought by this vaccination campaign?

The World Health Organization, in 1980, celebrated the eradication of smallpox on the African continent—but was that what really happened?

Or was it this? The visible signs of smallpox receded, but people with already-compromised immune systems began dying in large numbers.

The FDA has just unwittingly implied what researchers have known for decades; the so-called smallpox eradication campaign in Africa was one of the most dangerous medical interventions in history.

In the late 1980s, a respected biologist with close knowledge of the Africa eradication campaign, told me, off the record, that after the World Health Organization celebrated their “victory,” they held a very secret meeting in Geneva.

At this meeting, it was decided that the smallpox vaccine they deployed in Africa would never be used again.

I asked him why.

Because it caused cases of smallpox, he said.

So the African eradication campaign had a double effect. In some people, the vaccine caused smallpox, which it was supposed to prevent. In others, who already had very weak immune systems, it wrought extreme devastation and death without giving the appearance of smallpox.

(For more on this topic, see Enormous basic lies about vaccination…)