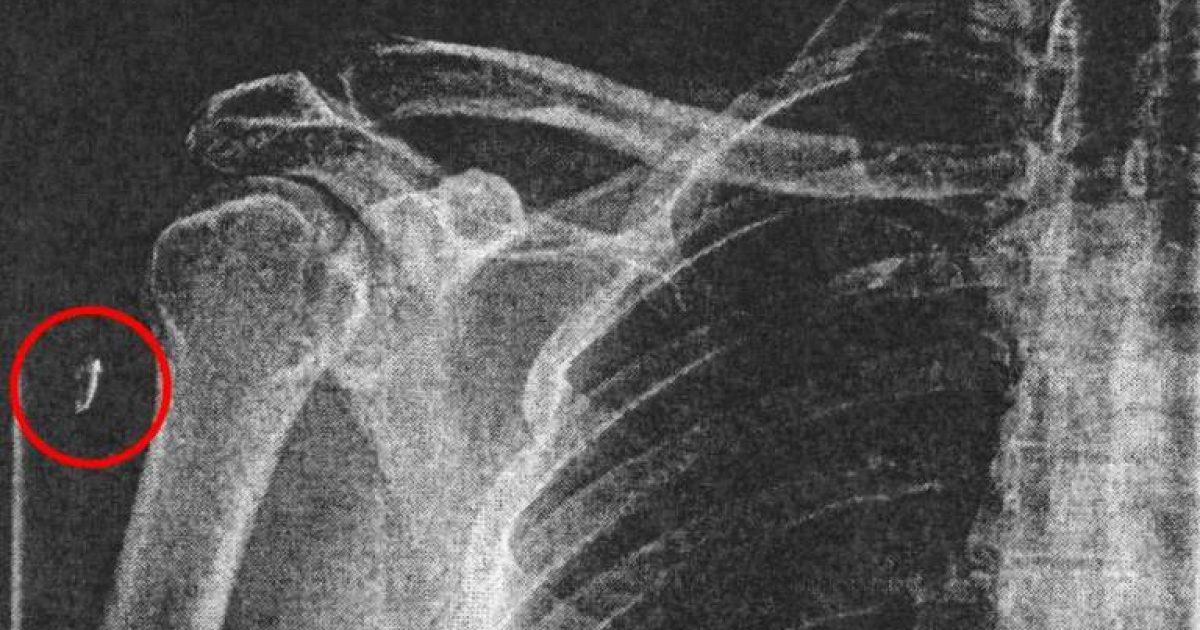 On January 26, 2016, LaVoy Finicum was shot and killed by Oregon State Police just moments after an FBI sniper took at least two shots at Finicum as he exited his white pick-up truck in a snow bank after avoiding a roadblock.

W. Joseph Astarita, a member of the FBI’s elite Hostage Rescue Team, was indicted for lying and obstruction of justice in the shooting, and later entered a plea of not guilty and, unlike the Bundy’s or their supporters in either Oregon or Nevada, he walked without bail.

On that day, as Finicum exited the truck after shots were fired at the truck, two more shots, presumably that came from Astarita, were fired at him, missing him.

Finicum has been credited by survivors with attempting to draw fire away from the vehicle towards himself to protect those inside from being shot.

Note the synced video below.

Like the shots taken by another over zealous FBI sniper, Lon Horiuchi, at Ruby Ridge that killed Vicki Weaver, Randy Weaver’s wife, as she held their baby, this guy did basically the same thing.

Finicum was no threat to anyone as he exited the vehicle. Had either of the bullets struck and killed Finicum, this agent would be guilty of murder.

But the FBI, like they are doing with Hillary Clinton, seem to be trying to cover for one of their own, and who knows, if Astarita gets off, he may be promoted just like Lon Horiuchi, who was also a member of the FBI’s HRT.

The main issue in the case against Astarita is that shell casings are missing, and as Gary Hunt at OutpostOf Freedom.com points out, Ryan Bundy may actually hold the key to who shot at the truck.

…the Oregon State Police (OSP) had to account for shots fired, though they could not account for two shots. Shell casings were missing, and the rather perplexing task resulted in speculation regarding the bullet impact on the driver’s side of the truck. Their conclusion was that it must have come from the shooter that fired three shots as the white truck approached the highwaymen, as shown in this OSP exhibit:

The government tried to attribute the shot at the rear door to the three shots fired as the vehicle approached the barricade. However, this does not quite work, as if you look at the yellow line in the third image. You see that if it did hit the truck, it would be a glancing strike. It would have been deflected upon impact, and the initial point of impact would be the most damaged. Any additional damage would have been less, as the bullet was deflected away from the truck body. As you can see, the greater impact was on the right side of the gap between the door and frame.

We must consider the possibility that the shot came from the left rear of the truck, which was the location of the FBI HRT (Hostage Rescue Team) members, including FBI HRT SA W. Joseph Astarita. Its initial impact would be the greatest, then, if it dented the side of the truck sufficiently, it would possibly enter the door, itself, behind the sheet metal surface. Upon impacting the door bracket that holds the window in place, if it exerted pressure on that frame, it could cause sufficient pressure for the window, itself, to buckle, spewing out pieces of glass when it burst, as seen in the video (linked below), rather than a break because of a direct impact by a bullet.

That same bullet could then deflect off the door/window frame and enter Ryan Bundy’s shoulder moving upward into the fleshy part, from the rear of the shoulder, as Ryan had turned to the right, and had bent over in an effort to protect the women.

Now, the question is, is that a bullet in Ryan’s shoulder? Well, the medical records from Harney District Hospital, in Burns, where Ryan was taken after the highwaymen kidnapped him and the others, except LaVoy, who lay dead where he fell after being shot in the back three times. The hospital reports indicate that there was “oozing” bleeding from Ryan’s right shoulder. Some of the language used in various reports from the hospital includes a written notation, “… consistent with bullet fragment versus other metallic foreign bodies.” Then, in two typed reports, we find, ” INDICATIONS: Gunshot wound to right shoulder”, and ” INDICATIONS: penetrating gunshot wound”. So, based on the X ray and the medical reports made within hours of the shooting, there can be little doubt that the highwaymen shot Ryan Bundy.

Now, considering where the shot probably hit, LaVoy had just exited the truck, and Ryan Bundy had just leaned over to protect the women. It is obvious that the shooter did not hit his target; perhaps he flinched, or is just a bad shot. However, every indication is that Astarita was trying to murder either LaVoy Finicum or Ryan Bundy, or both.

So, the problem here in dealing with this issue is the missing shell casings, but casings are missing from the shots taken by Oregon State Troopers, as well as from Astarita.

One would think that bullets would have to be accounted for from every single member of the Oregon State Troopers and the FBI on the scene, but apparently, this was not the case.

The case against an FBI agent charged with lying about firing two shots at Oregon standoff spokesman Robert “LaVoy” Finicum most likely will turn on expert testimony about the validity of the Deschutes County Sheriff’s Office investigation, a defense lawyer said Thursday.

No one reported that they saw or heard agent W. Joseph Astarita fire and no direct evidence exists linking any bullet or shell casing to Astarita’s rifle, one of his lawyers said.

Eight shots were fired. Six shell casings in roadway are all gone,” said Assistant U.S. Attorney Pam Holsinger, chief of the Criminal Division in the Oregon U.S. Attorney’s Office. She didn’t elaborate. State troopers fired six of the eight shots, with the other two eventually linked to Astarita, investigators and prosecutors said.

How could they not hear them? They are as plain as day in the synced video.

Though the Oregon State Police were apparently responsible for actually shooting Finicum to death, the FBI claimed to investigate several of their agents concerning failing to report that they fired shots at Finicum and his vehicle. They apparently disposed of the bullet casings as well.

At the time of the shooting, even the FBI didn’t give the whole truth at a press conference, according to the Bundy’s attorney.

In pointing out what I have said before, Hunt wrote, “Astarita is charged with three counts of making a false statement (18 US Code §1001) and two counts of obstruction of justice (18 US Code §1512(b)(3)). What he is not charged with is, though it has become apparent that he did in fact, attempt to murder LaVoy Finicum and/or Ryan Bundy. As indicated by Maxine’s article, the prosecution is suggesting that there is no evidence — not of murder, rather, that Astarita lied.”

Hunt also points out that shooting at an occupied vehicle is a criminal offense in the state of Oregon, and he eventually points out the very thing that I’m pointing to in my opening remarks about the corruption in the FBI.

“On January 26, 2016, a government “soldier” (armed with military grade weapon and accoutrements) attempted to kill, or at least, recklessly endangered the occupants of the white truck,” Hunt concluded. “He is not charged with such a crime, even though one of the occupants sustained a gunshot wound. Instead, he is charged with being dishonest and impeding an investigation. That would never have happened if we were still under the King. Instead, we have the hens (the United States Attorney and the FBI) guarding the foxhouse (the FBI), so, well, we know, now, just how this may end.”

Gary Hunt was arrested back in March for simply reporting, though the Judge in the Oregon Malheur Refuge case called it contempt. He was clearly justified in his reporting.

Mr. Hunt has been a faithful reporter for more than two decades, covering such stories as Waco

He deserves our support!

Let’s retrieve that bullet or bullet fragment from Ryan Bundy’s shoulder and see if we can’t tell whose gun it came from and then, let’s charge that person with attempted murder, along with obstruction of justice.