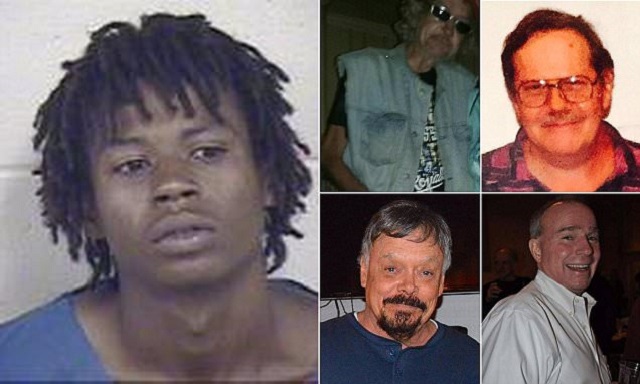 An African-American man who previously said he wanted to “kill all white people” has been arrested for allegedly stalking and killing as many as five older white men, but you wouldn’t have heard about the story if you read CNN, The New York Times or The Washington Post.

A Missouri man has been arrested on suspicion of being the serial killer who stalked and murdered five middle-aged men in Kansas City.

The first four victims were killed in secluded areas, mostly on or near hiking and biking trails in the area. But Scott became over-confident and was captured after claiming his fifth and final victim in broad daylight on a city street then getting on a bus, police told The Kansas City Star.

When being questioned, Scott – whose possible motive is unclear – allegedly boasted of his stealthiness, saying of the victims: ‘They didn’t see it coming.’

So far Scott has been charged with two of the slayings, which saw five white men – all aged between 54 and 67 – shot dead.

Four of them were shot in the head, police said; three of them in the back of the head. Most were killed near trails in quieter areas of Kansas City.

All five were killed with varying types of ammunition, most in just one shot.

As KCTV 5 reports, Scott had previously said he wanted to “kill all white people.”

Municipal court records from 2014 show that Scott threatened a “Columbine-style” shooting at Center Alternative School where he would “kill all white people.” 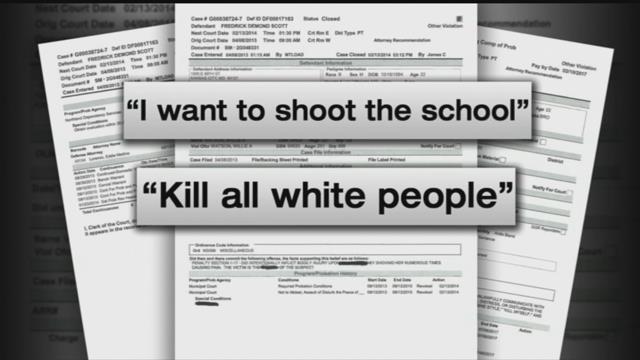 CNN, The New York Times and The Washington Post are among the many news outlets which are completely ignoring this story: No doubt if it was a young white man who had previously said he wanted to “kill all black people” accused of stalking and killing older African-American men they’d similarly ignore the story.