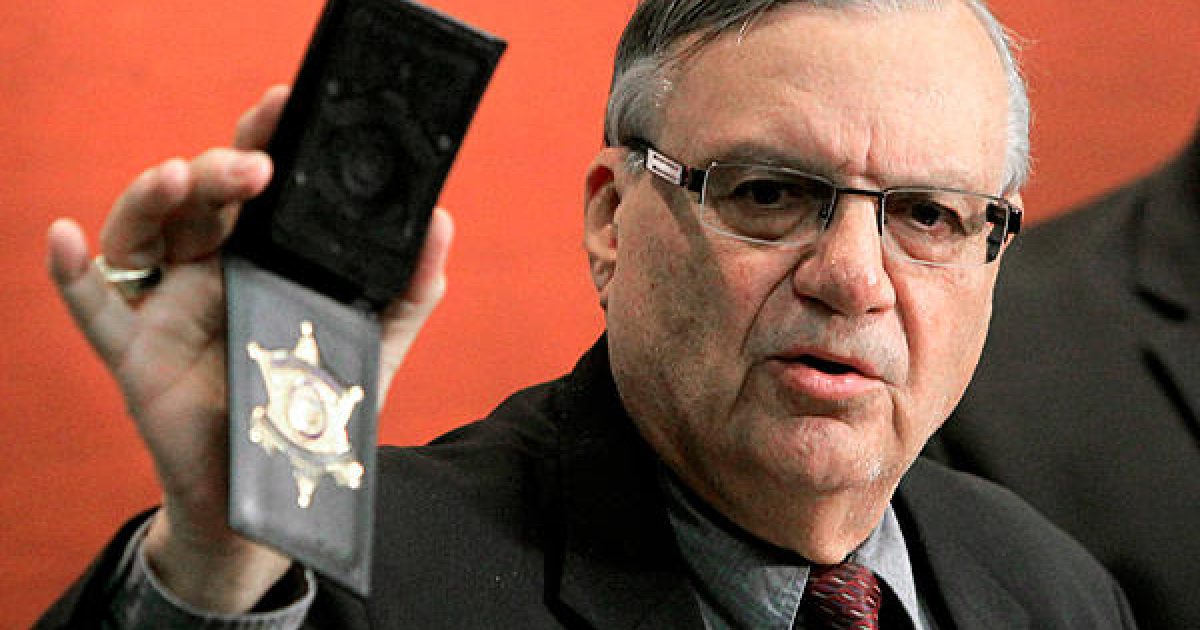 After receiving a long awaited pardon from President Donald Trump late on Friday last week, former Maricopa County Sheriff Joe Arpaio gave an interview in which he promised to expose the Department of Justice under the former usurper-in-chief, Barack Hussein Obama Soeotoro Soebarkah.

Appearing on the Sean Hannity Show, Sheriff Joe said, “I’m going to have a news conference early next week to get to the bottom of this, to show the expose abuse of the judicial system and politics.”

“I’m not going down without trying to defend myself,” he added. “I think people will be shocked the news media were trying to destroy me for all of these years.”

Arpaio was then asked about “the abuse of the judiciary.”

He said that many of Obama’s staffers were looking forward to seeing him go down.

I guess they are surprised now.

Sheriff Joe did say that he was grateful to supporters who “stood shoulder to shoulder” with him through the tyranny he face for simply doing the job those who were prosecuting him should have been doing.

“Thank you @realdonaldtrump for seeing my conviction for what it is: a political witch hunt by holdovers in the Obama justice department!” Arpaio tweeted on Friday.

That pardon and Arpaio’s tweet was a shot at establishment Republicans and Democrats who blasted Trump over the pardon, which was about as constitutional as you can get.

Additionally, as we have previously reported, Sheriff Joe is also eyeing the US Senate seat of Arizona Senator Jeff Flake (R), who criticized Arpaio’s pardon by tweeting out, “Regarding the Arpaio pardon, I would have preferred that the President honor the judicial process and let it take its course.”

Regarding the Arpaio pardon, I would have preferred that the President honor the judicial process and let it take its course.

“There is discrimination against senior citizens, big time,” he continued, adding, “I’m proud to be my age. I work 14 hours a day. If anyone thinks my age is going to hold me back, I’ve got news for them.”

Arpaio said “a lot of people around the state (are) asking me” to challenge Flake.

“All I’m saying is the door is open and we’ll see what happens,” he added. “I’ve got support. I know what support I have.”

Arpaio has long been a critic of the fact that neither Congress nor the DOJ would look at the evidence of fraud against Barack Hussein Obama Soetoro Soebarkah and his usurpation of White House.

Sheriff Joe warned the American people that the US was under attack but that the attack was not coming from outside the country, but from within. Arpaio said that Obama was “the aggressor.”

Arpaio was illegally spied on by Obama’s NSA. He was told by the Obama DOJ that he was required to speak Spanish to jail inmates, he sued the Obama administration because of executive amnesty and his case was thrown out.

Sheriff Joe Arpaio has been a man who has stood against a lawless administration and an INJustice Department in DC and has suffered for it, but now he has been pardoned for upholding the law, when his entire conviction was in violation of the US Constitution.

I’m eager to see what Arpaio is going to expose and I’m just as eager to see the linguistical gymnastics Republicans and Democrats in DC are going to engage in in order to dismiss Arpaio’s claims.