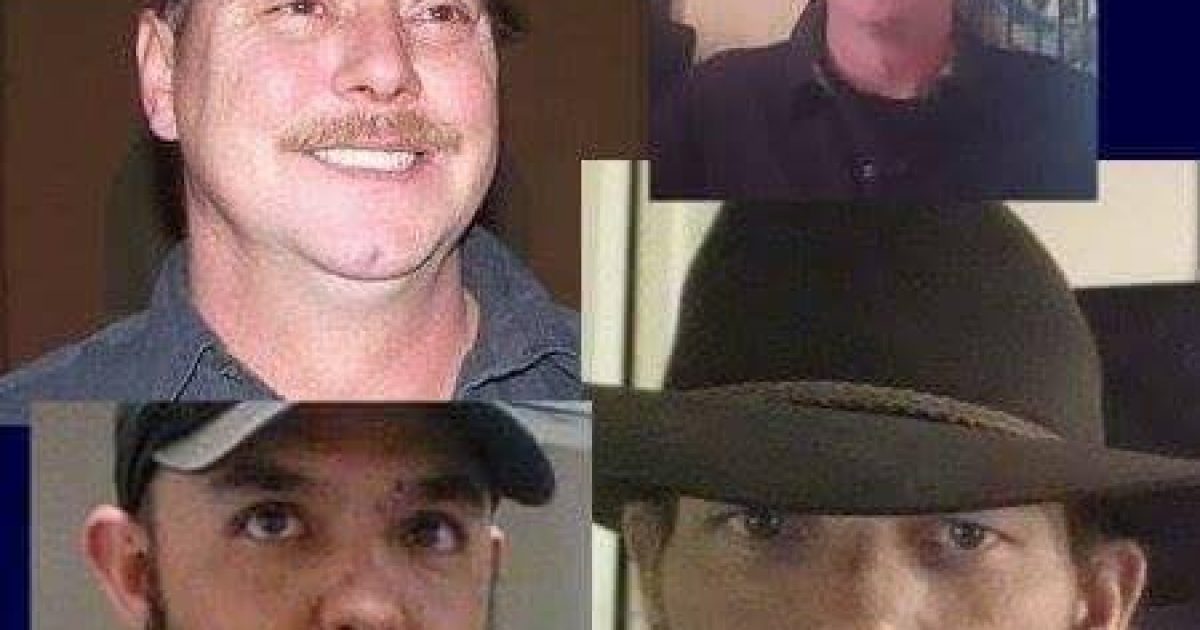 Last Friday, following a meeting of Tier 1 and Tier 3 Bundy Ranch defendants in court with Judge Gloria Navarro, a trial date was set for October 10. That trial will include Eric Parker and Stephen Drexler, who have already been tried twice with hung juries and non-guilty verdicts. Now, at least a third of Idaho representatives are calling on Attorney General Jeff Sessions to put an end to the badgering of these men with trial after trial, a clear violation of the Fifth Amendment’s protections against Double Jeopardy (and yes, I know the “legaleze” about mistrials, but the fact of the matter is that under that thinking, one could try someone indefinitely).

Deb Jordan, co-host of the Pete Santilli Show, shared the story of what the outcome of the meeting was with me on Friday’s Sons of Liberty Radio Show. Eric and his wife Andrea also joined us for the show. You can download that episode by clicking here.

Since then, one-third of the representatives of Idaho, the state in which Parker and Drexler live, penned a letter to Attorney General Jeff Sessions asking for him relax the pursuit by Nevada prosecutors against four Idahoans who are charged or have been convicted in the 2014 Bundy Ranch standoff in Nevada.

The letter was authored by State Rep. Dorothy Moon (R-Stanley) and signed by 24 Idaho representatives from the House and Senate last Tuesday stating, “We believe that the decision by the current U.S. attorney to Nevada to prosecute these men a third time represents disrespect for the rule of law and the jury system.”

The four men these representatives are standing up for are Ammon Bundy, of Emmett; Eric Parker, of Hailey; Scott Drexler, of Challis; and Todd Engel, of Boundary County.

“We are tasked with the responsibility to protect our citizens’ constitutional rights,” the letter stated, noting the Idaho Legislatures has a “high respect for the rule of law.”

“We believe that the right to a speedy trial and the presumption of innocence are essential pillars to law, order, and a Republican form of government,” the letter continues. “We also believe that a trial by a jury of one’s peers is the highest form of justice as set forth by our founders. Ensuring government stays within the bounds of its proper constitutional role empowers the people through a jury’s verdict to give clear guidance as to their will.”

They then spoke out about the innocence of the defendants who have already been tried and found not guilty.

“We the undersigned believe that in the case of ‘The Bunkerville Stand Off’ trials in the State of Nevada in which Eric Parker and O. Scott Drexler of the State of Idaho were charged with 40 criminal counts in connection with the above case having been found not guilty speaks volumes to the public of their innocence,” the letter states. “U. S. Attorneys have been unsuccessful obtaining guilty verdicts not once, but twice, establishing criteria for dismissal of charges against them according to our standards of justice. Further expolitation of these citizens would be an affront to justice and notice to the public of prosecutorial harassment.”

Well, if you ask me, that began when they sought to try the men a second time after failing to prove their case. After all, the burden of proof is on the prosecution to prove guilt, not on those charged to prove their innocence.

“We believe that the decision by the current U. S. Attorney of Nevada to prosecute these men a third time represents disrespect for the rule of law and the Jury system,” the representatives wrote. “A third trial would show blatant disregard for tax funds collected from hard working law abiding citizens who are represented by these juries who have found them innocent of 34 of the 40 charges and hung by the very slimmest margins in those where the jury stood deadlocked. The decisions of 10-2 to acquit in the first trial and 11-1 to acquit in the second trial highlights the narrow margin by which the prosecution hopes to continue their attack.”

They then called on Sessions, the court and the prosecutor to consider Todd Engel’s time served as punishment for the minor charges for which he was found guilty. He is scheduled to be sentenced on September 28.

“Ammon Bundy, an Idaho resident, remains in custody awaiting trial directly after the final outcome of the pending prosecution’s decision with Parker and Drexler,” the letter adds. “Ammon has been in custody since January of 2016 without benefit of bail or the comfort of home and familiy in spite of being found not guilty of all counts in the Oregon trial. Ammon has been stripped of normal due process for a prosecution that now seems flimsy as we discover evidence exposed during these previous hung trials of others for similar offenses.”

The representatives then added, “This prosecution sends a chilling message to the public who are concerned about federal overreach in their daily lives that is inharmonious to well-established constitutional guarantees. The percentages of jurors causing the hung verdicts in these trials should send a clear signal to the government prosecutors of the jury’s reticence to further prosecute these defendants as has clearly been received by the public.”

The representatives then call on Sessions to “have those in charge of this case end this long enduring action and set Eric Parker and Scott Drexler free, set reasonable bail for Ammon Bundy and allow Todd Engel to use his time served as total sentencing.

“I think it is a complete injustice and a waste of taxpayer money and time to continue to go after these guys after two mistrials,” said Rep. Boyle, from Midvale.

“Let it go. We are not talking about murders, robberies, druggies, rapists. It is continuing to waste the court’s time and federal taxpayers’ money. I know the federal government wants to make a point, but get over it.”

Things do not have to go to a third trial in order for this to be considered exploitation and prosecutorial harassment. That has and is currently taking place by the prosecution and by Judge Gloria Navarro.

I have said since the end of the first trial, if the prosecution had any sense about them, they would drop the charges against the remaining defendants and spare them and taxpayers any further grief and burden by simply admitting the central government was wrong.

I’m hoping once things settle that we will see each one of these men come together to sue the pants off the prosecution and the judge in the case, as well as Bureau of Land Management goon Daniel P. Love for their reckless and lawless behavior in this entire process.

Seeing that a new trial date has been set, it appears AG Sessions doesn’t care that the Fifth and Sixth Amendments are being violated concerning Drexler and Parker and that other rights are being violated concerning the remaining defendants in the case. I’m not surprised. After all, Sessions has demonstrated he doesn’t care about the Fifth Amendments protections of life, liberty and property when it comes to asset forfeiture.