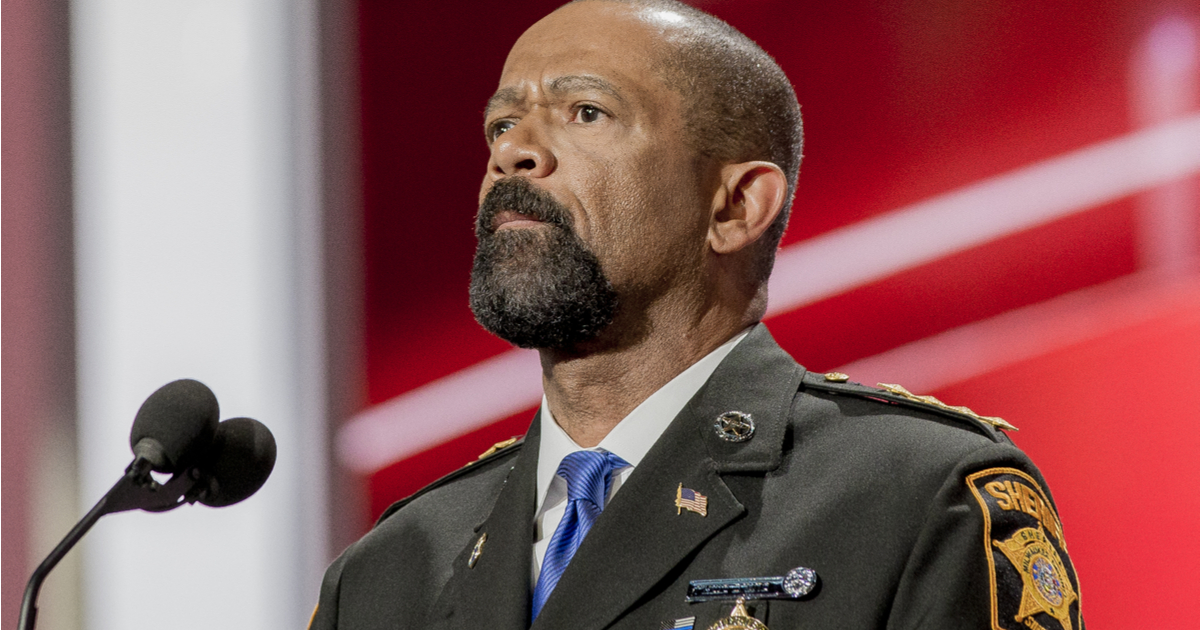 If the rumors are true, this could be a HUGE move for America’s favorite Sheriff, David Clarke.

Over the last few years, Sheriff Clarke has become a cult hero on the right, even though he’s run for office as a Democrat, because of his no-nonsense views on protecting his community and safeguarding America from threats both foreign and domestic.

In Nashville for National Fraternal Order of Police convention. They endorsed @realDonaldTrump for POTUS.👍
With one of Nashville's finest. pic.twitter.com/7EhMupFrcm

Sheriff Clarke has also won the ire of the left for his willingness to, as a black man, stand against the violence and outrage of the BlackLivesMatter movement.

Why did Clarke take such a strong stand against the group?

Probably because as a county sheriff he knows what it’s like trying to protect a community in the face of overwhelming odds.

After watching the rioting in Ferguson, Baltimore, and various other cities across the country, Sheriff Clarke realized that the foe he was facing was out for blood and they didn’t care who they were hurting.

As Clarke’s profile on the right has risen, he’s begun sustaining almost constant attacks from the Left, making his job all the harder.

However, his growing fame has also raised his profile with the Trump administration who see a strong ally in Sheriff Clarke and a man who knows how to get his job done.

A great book by a great guy, highly recommended! https://t.co/3jbDDN8YmJ

Still, it was surprising when Sheriff Clarke suddenly proffered his resignation to Milwaukee County this past week, without also giving any indication of why he was resigning…

Milwaukee County Sheriff David Clarke, one of the highest-profile members of law enforcement to emerge as a vocal supporter of President Trump, resigned from his position on Thursday.

County Clerk George Christenson said that he received a resignation letter from Clarke but that no reason for the move was provided.

Clarke issued a “retirement statement” to local media hours after his resignation was announced. “After almost forty years serving the great people of Milwaukee County, I have chosen to retire to pursue other opportunities,” Clarke wrote. “I will have news about my next steps in the very near future.”

After nearly 40 years serving my community I'm retiring. What a ride! I will announce my future plans next week after the Labor Day holiday. pic.twitter.com/pYbv7txCEZ

But now, we might finally understand why he decided to resign.

Shortly after Clarke announced his resignation, Politico published a report that claimed he would be taking a job in the administration of President Donald Trump.

“David Clarke, the controversial outgoing sheriff of Milwaukee County, Wisconsin, is expected to take a job in the Trump administration, according to two sources familiar with the matter,” it reported.

However, other outlets are reporting that Clarke is not joining the administration, but another outside group.

Whatever Sheriff Clarke does next, we wish him all the best. We think he’d make an excellent addition to the White House staff, but even if he doesn’t join the Trump administration we hope that he continues working to advance the cause of a safe and secure America.