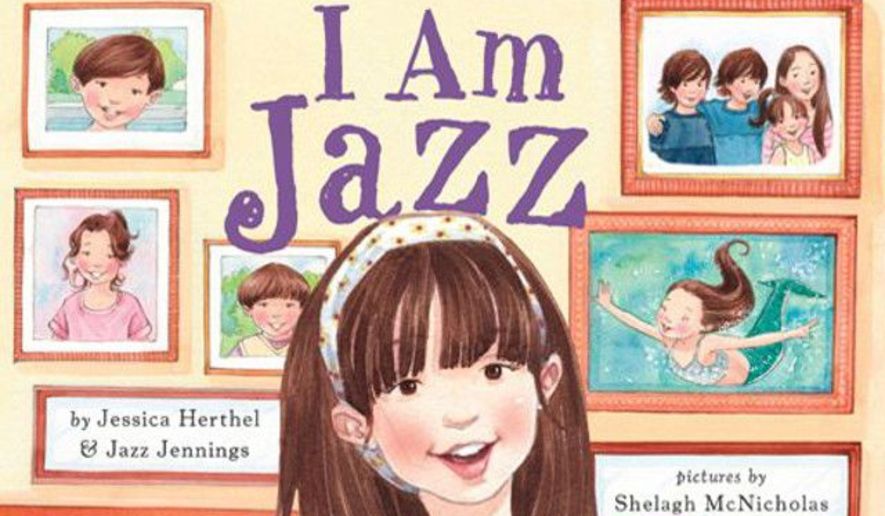 The Sacramento, California, charter school that garnered media attention for a transgender book being read in a kindergarten class and sending a first grade child to the principal’s office for using the wrong name of a “transgendered” child has made headlines once again.

This time, it is due to parents removing their children from the school.

California’s Rocklin Academy has a long waiting list for admissions, but that isn’t stopping some parents from pulling their children out of the prestigious charter school after a kindergarten class was exposed to transgender “indoctrination” without parental notification.

Several families have pulled their children out of the Sacramento-area school since the end of the last academic year, when a male kindergartener was reintroduced to his class as a girl and two children’s books espousing transgender ideology were read to the class.

Karen England, executive director of the pro-family Capitol Resource Institute, has been working with Rocklin families to enact a policy that would require the school to notify parents before controversial matters are discussed in the classroom, but the school has resisted.

“There are overall 11 families that have pulled their kids out of that school,” Ms. England said. “A minimum of 11. There may be more — I just found out about another one today. A lot of parents are just finding out about this, so it’s just the beginning.”

Elizabeth Ashford, a spokeswoman for Rocklin Academy, confirmed that seven children officially have been unenrolled since the end of the last school year. She downplayed the matter, saying it is common for children to change schools for a variety of reasons.

“For context, there are 1,280 students at Rocklin Academy elementary, and there’s a long wait list to get in,” Ms. Ashford said in a statement. “So, [it’s] not a phenomenon.”

Nothing will change unless parents begin to assert their parental authority in the area of education of their children.

Rockin Academy is not the only school that has adopted the stance of “social-engineering” children.

Rod Dreher, senior editor at The American Conservative, published several emails from a father who said he pulled two of his young daughters out of a public charter school in the District of Columbia after one of their teachers read “I am Jazz” to her class and held a discussion about gender identity.

When he wrote an email to the school’s principal asking for his children “to be exempt from any classroom discussions or instruction relating to the topics of gender identity, marital norms or sexuality,” the principal declined.

“The book used is one that is a respected text in honoring the diversity of our children,” the principal wrote. “It is a text that explains a real situation that many children face in self-acceptance, acceptance by others and being true to themselves. We feel the classroom is the appropriate place to share such messages.”

The father requested that the names of the school and principal be withheld because he didn’t want to start a public fight over the issue.

“We just want to raise awareness and encourage parents to ask their children direct questions about this kind of stuff,” he wrote. “If I hadn’t brought up this topic with my daughter, I would’ve never known what she was exposed to, nor would I have known that the school was systematically indoctrinating kids and doing so behind the backs of parents who had asked them to do otherwise.”

As schools are working to “program” children to think, be and act a certain way, sometimes against parental teachings, toward the mythical “transgenderism,” no report, study or scientific evidence supports the idea that identifying as one sex while being another is normal; but, in fact, it is dysphoric and children outgrow this by a substantial margin.

A report published in The New Atlantis by a pair of Johns Hopkins researchers, biostatistician Lawrence S. Mayer and psychiatrist Paul R. McHugh, pointed to evidence that children “outgrow cross-gender identification” at a high rate.

A study conducted by Toronto therapist Kenneth Zucker, for instance, found that out of 25 girls who received therapy to treat feelings of gender incongruence, only three showed signs of gender identity disorder 30 years later.

Mr. Mayer and Dr. McHugh conclude that there is “little evidence that the phenomenon of transgender identity has a biological basis” or that it has “a high rate of persistence in children.”

What is this push to introduce this topic to children whose developmental level is at a stage where this “concept” is beyond their reasoning capability?

As Anita Bryant once said, who homosexuals aggressively vilified for it but in the end has been vindicated, and I paraphrase, “Homosexuals cannot have children so they must recruit ours.”

Moreover, the education, oops, indoctrination system disguised as an education system employs radical thinking individuals entrusted to undermine the parental authority of children during the hours in the system.

Unsavory characters haunt the hallways of these government institutions for the purpose of preying on our children’s minds.

In fact, public government indoctrination centers’ employees are a driving force behind militant groups like Antifa and “By Any Means Necessary” (BAMN).

According to a report by The Daily Caller:

Public school teachers are behind a leading far-left militant group that is part of the Antifa network that federal officials say is committing “domestic terrorist violence.”

By Any Means Necessary, which has played a key role in riots in Berkeley, Sacramento and elsewhere, has dozens of public school teachers among its members, including among its most prominent leaders.

The FBI and Department of Homeland Security began paying closer attention to Antifa groups in general after BAMN and other extremists started a riot and attacked marchers at a white nationalist rally in Sacramento last July, Politico reported on Friday. The Sacramento violence left at least 10 people hospitalized, several of whom had knife wounds.

One of BAMN’s most prominent organizers is Yvette Felarca, a Berkeley middle school teacher and pro-violence militant. Felarca currently faces charges of inciting a riot for her role in the Sacramento violence.

The article indicated, “BAMN’s members appear to be mixing their far-left activism with their roles as teachers.”

BAMN organizer and high school teacher Nicole Conaway organized a “sickout” at her school in 2015, leading other teachers in calling in sick to protest the policies of Republican Gov. Rick Snyder. The sickout forced six Detroit-area schools to cancel classes, affecting nearly 4,000 students.

In Berkeley, Felarca and other BAMN members repeatedly abused their positions of influence over students in service of their own radical goals, Berkeley’s public school district charged in court filings obtained by local news organization Berkeleyside.

Despite repeated warnings, the district said Felarca continued to try to recruit students into her radical organization, including during work hours. The leftist teacher frequently tried to bring students on school-sponsored trips to BAMN-related activities, the district said, describing the trips as attempts to “indoctrinate” the students.

The school district accused Felarca and other BAMN members of weaponizing students to derail disciplinary hearings for Felarca, after student protesters repeatedly swarmed into the disciplinary hearings. The school district claimed that Felarca and other BAMN members “were actively trying to brainwash and manipulate” students to serve her “own selfish interests,” calling her conduct “particularly reprehensible.” Felarca continues teaching today.

Oakland Technical High School teacher and BAMN member Tania Kappner worked with Felarca this past January to organize students and teachers in a walkout in protesting Trump. Kappner was identified in the media as a BAMN member as early as 2011.

BAMN is active within both the National Education Association — the nation’s largest teacher’s union — as well as with local and regional teacher’s unions in Michigan and California.

These ones are known. How many are not known?

The only protections children have are their parents.

If, as parents, we are not willing to protect our children from this type of encroachment upon our children’s minds and lives, then, we as parents are not much of a parent.

Adults holding these far left ridiculous ideologies outside of God’s teachings and our Constitution are perfectly fine for their children to be damaged and indoctrinated into a life of anarchism, subservience, emotional turmoil and mental confusion.

But, those holding to God’s word and constitutionalist views are not or may not be satisfied with this “disease” afflicting a system that should be for educating children.

Who will speak for our children while they are unable to speak for themselves?

It is becoming critical for parents to ask that of themselves; then, answer it and act upon that answer.