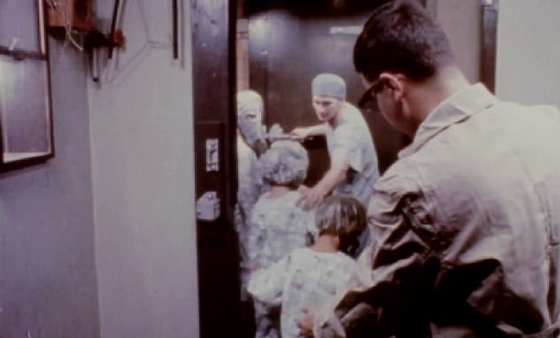 For those who think that the U.S. government would never put Americans in harms way, we direct your attention to the following video.

Recorded in the 1960’s, it shows government scientists outfitting children with gas masks, putting them in a gas chamber, and then filling the chamber full of deadly organisms so they can test the effectiveness of masks.

A chilling video showing gas masks being tested on schoolchildren by government scientists using deadly organisms paints a disturbing picture of life in the Cold War.

The unsettling footage, which was taken in 1960, shows a classroom full of children no older than 10 being given a lecture about the biohazard safety devices by a visitor.

The youngsters, who are the children of soldiers, are then led into a chamber where the mask’s effectiveness is tested using a potentially deadly mix of microbial organisms.

The children stay in the chamber for 10 minutes before being removed, with the narrator noting that ‘a concentration much greater than could be reasonably expected during any biological attack’ is being tested on them.

If you think this was a one-off, consider that the U.S. government has performed vast testing on the human population.

Chances are they are doing it right now, perhaps on your children or family members.