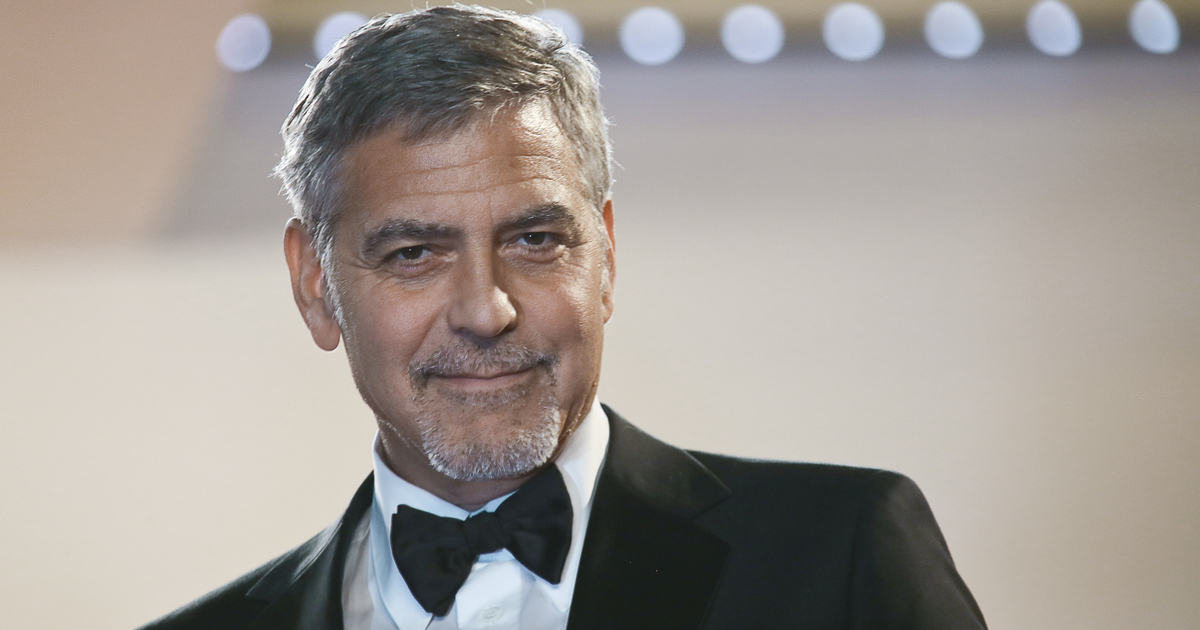 may be a talented actor be he’s also an insufferable and arrogant narcissist.

How else can you explain his decision to paint everyone who voted for Donald Trump, or supports a different vision of America’s future, as an angry racist?

In an interview with the Daily Beast Clooney talks about the possibility of running for political office while openly hoping that “anyone” besides Trump be our next President.

” which depicts a mob of white suburbanites angrily protesting as a black family moves into their neighborhood.

The film looks back at race relations in suburban 1950’s America and tells the true story of the first black family to move into Levittown, Pennsylvania.

It’s a sad reminder of what race relations in our nation used to look like, but listen to how Clooney explains how he came up with the idea for such an ugly film…

“The genesis of the screenplay [came when] I was watching a lot of [Trump] speeches on the campaign trail about building fences and scapegoating minorities, and I started looking around at other times in our history when we’ve unfortunately fallen back into these things, and I found this story that happened in Levittown, Pennsylvania…

When you talk about ‘Making America Great Again,’ America being great everyone assumed was the Eisenhower ‘50s, and it was great if you were a white, straight male, but other than that it probably wasn’t so great. It’s fun to lift up that curtain and look underneath that thin veneer and see some of the real problems that this country has yet to completely come to terms with.”

Yep. Clooney got the idea for the racist movie by thinking about Trump supporters.

Here’s the problem, none of what President Trump has been talking about or what Republican voters want is racist.

Make America Great Again – is about re-energizing our economy, reasserting our strength on the world stage, and putting America on a path towards progress instead of a path towards the black hole that is European-styled socialism.

When Trump supporters say “Make America Great Again” it has nothing to do with 1950’s suburban racism and has everything to do with the American Dream and growing wealth. Black, white, brown…. we want ALL AMERICANS on a path towards prosperity.

That’s what MAGA is.

Here’s more of what Clooney thinks about Donald Trump and Trump voters.

It’s probably the angriest I’ve seen the country, and I lived through the Watergate period. There’s a dark cloud hanging over our country right now. I’m an optimist. I do believe in the youth, and I believe that we’re going to get through all of these things, and I think that the institutions of the U.S. government tend to work. We see them work with the press, and with the legislative and the judicial branches of government.”

Can I suggest that we all just avoid Clooney’s future attempts at entertaining us?

He obviously doesn’t want our hard-earned money as he’d prefer to make films that reinforce his own point-of-view, while completely ignoring what the conservative half of America is actually saying.

Which pretty much sounds like everything else that Hollywood is doing these days.

No wonder Hollywood just had its worst summer season in over 25 years.