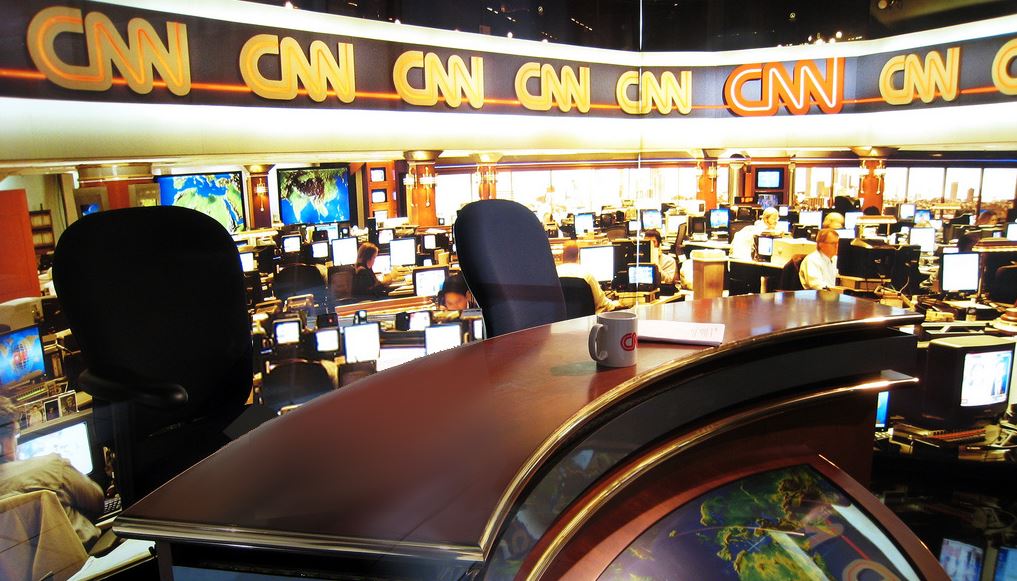 Although the entirety of the Western corporate media machine is worthy of the name “Fake News,” CNN has become the standard bearer of the title. It seems that the organization is doing everything in its power to earn its position as the tip of the spear in the army of “fake news.” Indeed, it is scarcely possible to keep up with the lies, deceit, and half-truths CNN presents to the general public on a daily basis. Occasionally, however, one instance stands out so much that it cannot be allowed to slip by without being addressed.

Back in 2016, as Aleppo was the scene of a fierce battle between America’s terrorist forces and the Syrian military, CNN broadcasted a report from Jibrin, Syria where it purported to show the sad state of civilians fleeing the war that had come to Aleppo. The clip shows two Syrians – one young boy and an older man – who are telling the reporter about their situation.

The CNN reporter predictably attributes the horrors facing the civilians as a result of the eastern part of Aleppo “being under siege by the Syrian military,” not the fact that terrorists had seized east Aleppo and were fighting to the death to keep it. Still he quotes an older man who paints a less than typical CNN-style portrayal of the “rebels.” The man says, “I wanted to leave with my kids fifteen days ago but the rebels shot at me and said ‘Hey you bastard! Do you want to join the regime?’”

The only thing surprising about the man’s statement was that it was actually aired on CNN.

However, the most interesting aspect of the report is what was attributed to the young boy whom CNN quotes as saying, “We were afraid that we would starve to death. We were also scared because heavy bombs were falling.”

While civilians on the ground were no doubt worried about the bombs of the Syrian military (bombs kill regardless of who drops them) they were even more afraid of living under the unimaginable tyranny of America’s terrorists. Still, CNN has gone much further than simply bending the truth to fit a narrative, it has obviously told a complete and total lie. It has put words in the mouths of its interview subjects and passed it off as the truth. At best, this is a violation of journalistic ethics. More realistic, however, it is an act of willful deceit and an attempt to mold the minds of the general public for political purposes.

At this point, CNN cannot be taken seriously as even a second rate news organization. It is clearly nothing more than a propaganda mouthpiece for State Department and other interests. Unfortunately for CNN, even operating as a propaganda organ, it is only second rate.