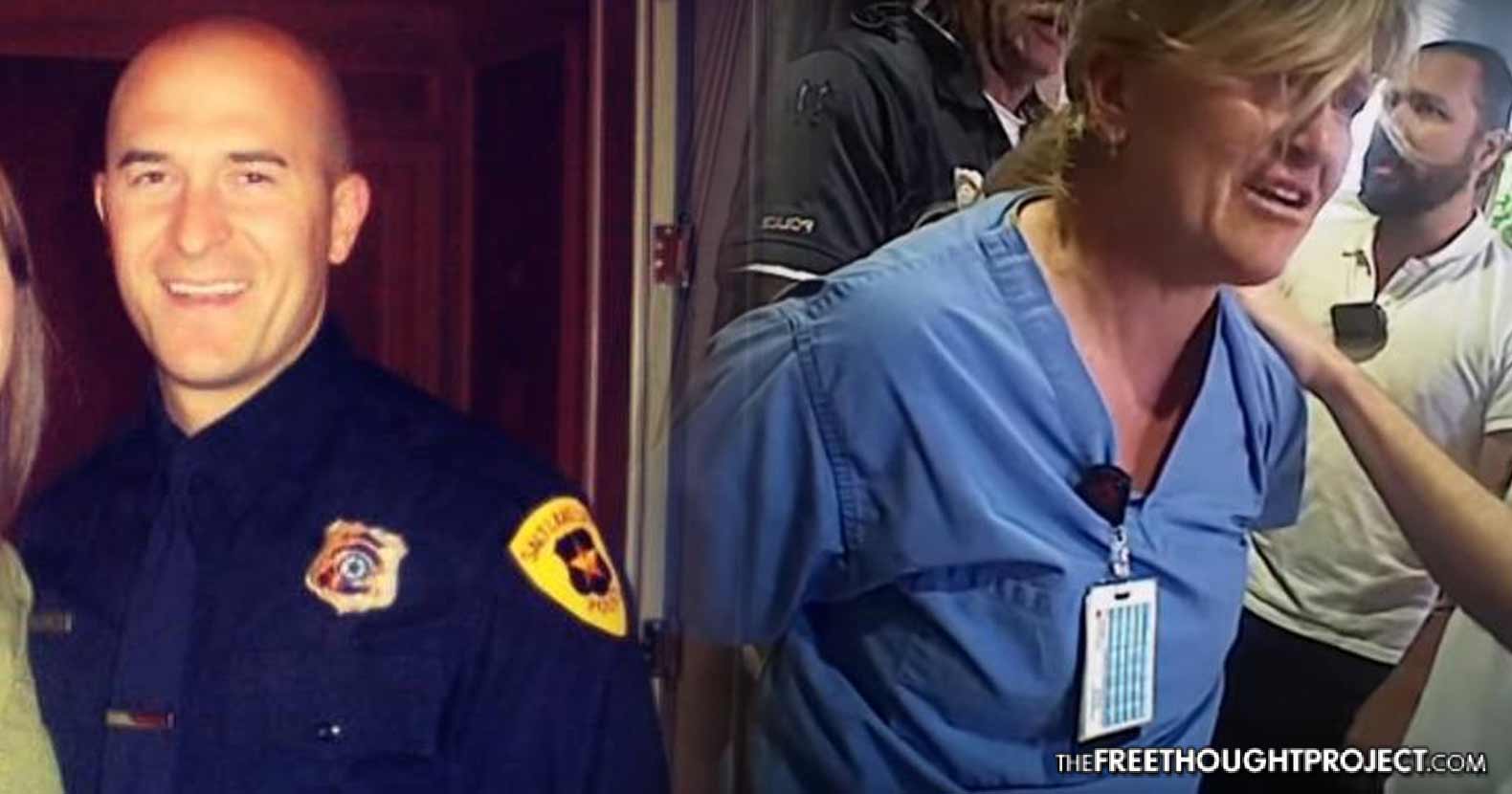 Salt Lake City, UT — Last week, the world was exposed to the face of tyranny as they watched the body camera video of Detective Jeff Payne arresting Nurse Alex Wubbels for refusing to violate the law and warrantlessly draw blood from an unconscious crash victim. Police apologists were speechless and were unable to justify this cop’s abusive behavior caught on video. Now, as news of the arrest continues to spread, even police are coming forward to expose what one whistleblower is referring to as “ongoing failure at the highest levels” of police.

When good cops sit back and do nothing as bad cops lay waste to the rights of innocent citizens, those good cops become bad ones. Those who remain silent in the face of tyranny are complicit in its growth. Eric Moutsos, a former Salt Lake City Police Officer, is now crossing the thin blue line and refusing to remain silent in the face of said tyranny.

In an epic rant on Facebook, Moutsos lays bare the corruption and problems boiling up through departments across the country.

Since the Nurse Wubbles incident/arrest in SLC, I feel it’s time to tell my stories. The real stories. This post is just one of them.

First, I love the American Police Officer. I was once one. In my opinion, the things they go through everyday are unparalleled to any profession in our country with the exception of the military. I know what their families go through daily; wives and kids especially. We need cops. We need good cops. More importantly, we need law and order in America.

With that said, I believe we need to have a real conversation about a giant elephant in the National Room regarding law enforcement and how some of these departments operate deep down; More importantly, from the top down. I believe it’s some administrations that put officers more in harms way than even a bad guy could.

Moutsos was publicly chastised for refusing to perform in a gay pride parade in 2014, which eventually cost him his badge and gun. To be clear, Moutsos did not refuse to act as protection for the parade, he only objected to performing acrobatics on his motorcycle as part of the parade, citing religious reasons.

However, as Moutsos points out, his choice to exercise his religious freedom was an easy way for the department to get rid of him for actually being a good cop and exposing the corruption within.

What the public doesn’t know, is that I was passed up for two positions before ultimately joining the motorcycle squad in 2013. Why? I was ordered to arrest 5 people (misdemeanor arrests), per day, AS PART OF A QUOTA! Not just traffic tickets, but misdemeanor arrests. I told my sergeant, no. That night after only getting 3 arrests, I was ordered to stay after shift another hour – without pay- And was screamed at in front of my squad and ordered to arrest 2 more people that night; while the rest of the squad went home. I still would not do it. That was the beginning of the end.

What Moutsos is referring to here takes place in departments across the country. TFTP has exposed multiple quota systems just like this in which cops are not only told to write tickets but also make arrests.

As TFTP points out, good cops who expose these quota systems or refuse to participate are often, fired, threatened, or worse. This is what happened to Moutsos.

My name started to get tarnished in the PD among the upper brass. This was an order I actually refused. Not a parade. This is where it started for me and my family. It was unconstitutional – which I specifically told my sergeant and this was later conveyed to the administration. The current administration knows of this story (and many other scandals I am prepared to tell in the next several weeks) and has done nothing about them. This seems to be their M.O. Cover-up after cover-up. Only until it hits the press.

As TFTP pointed out, what Moutsos is referring to actually happened in the case of Nurse Wubbles. Despite the rights violations and the clear signs that the forced blood draw was an attempt to cover up police incompetence, the department never acted—until after the video went viral.

Today, the Department is embroiled in yet another scandal – and I’m tired of it. This one involving an arrest at the University of Utah Hospital. Which they knew about for weeks before and did nothing. Today they said “there’s no acceptable reason” why people weren’t placed on admin leave. I’ll tell you the reason; they didn’t want to take “acceptable” responsibility and do the right thing.

Moutsos goes on to say how he thinks racism in policing is not as big of a problem as forcing cops to make mandatory stops.

I never met a racist cop in my 7 years on the PD. I don’t believe it’s racism that runs rampant in police agencies, however quotaism does. Mandatory stops. Why? All for statistics that lead to Federal and local funding/revenue for some police agencies.

Even if an individual police officer isn’t racist, the system they support certainly is. As TFTP has noted,these ‘mandatory’ stops for drugs, seat belts, window tint, license plate lights, and other victimless ‘crimes’ hit black communities the hardest. Moutsos wants to change this and he intends to do so by exposing it. He’s also ready to face the backlash he is going to receive by doing so.

My ultimate goal is for leaders at the State, National and local levels to address policing at its roots – to include the eradication of administrative practices (driving stats and quotas) that work against the citizens we are sworn to protect by eliciting behavior in officers like what we saw at the hospital last week. The pressures on these officers are real. I felt them daily. They are born of a lack of effective leadership. I do not excuse what the officer in the video did – he is accountable for his own actions. But I am very suspicious of the environment created around him by those who supervise him – all the way up the chain of command. These are institutional problems and they need to be exposed – for the good of the officers and the good of the community they serve. I realize this will bring scrutiny from many; and on all sides. But I feel strongly it needs to come to light.

To show what a stand up former cop he was, Moutsos issued an apology to Nurse Wubbles and noted how—unlike the other two cops who watched and did nothing as Payne attacked an innocent nurse—he would not have stood by.

I also apologize to Nurse Wubbles. If someone knows her who reads this, please tell her that. I would have not let that happen if I were on scene. I can promise you that.

This is how change is fostered. Only when good people refuse to enforce bad policy will anything change. Thank you Eric Moutsos for refusing to be a part of that bad policy.