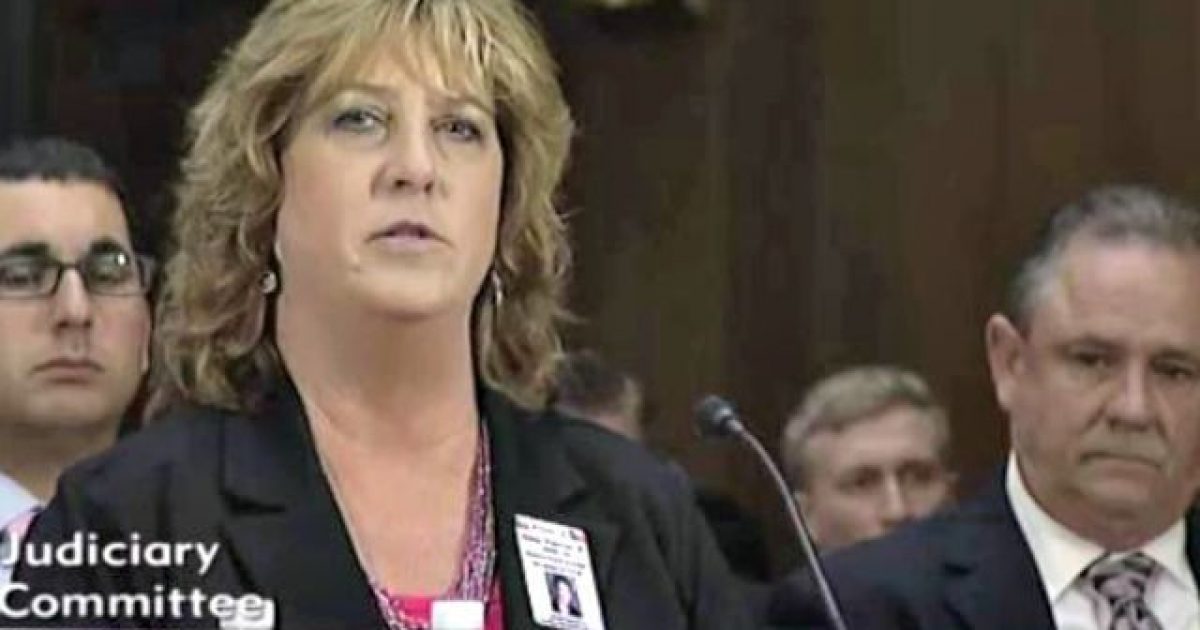 Josh Wilkerson was just 18 years old when he was violently assaulted and murdered by an illegal alien, one of Barack Hussein Obama Soetoro Soebarkah’s “DREAMers” protected under the Deferred Action for Childhood Arrivals (DACA), which was Obama’s illegal executive action.

Josh’s mother, Laura Wilkerson, recently spoke out about what she thinks about DACA. However, before I give her comments, recall what she said happened to her son at the hands of DREAMer Hermilio Moralez on November 16, 2010.

“We found out later that what he [Hermilio Moralez] did was he asked Josh for a ride home from school and Josh said, ‘sure,’” Mrs. Wilkerson said. “I think he’d given him a ride home two or three times before. He took him actually to his parents’ house. For some reason, we found out later why, what he did to Josh was he hit him in the nose, and this is what the kid tells from the stand, he hit him in the nose so hard that it would blind him so that he couldn’t fight back. Then he kicked him so hard in the stomach. Josh was about this big around and he weighed about 100 pounds in the body bag. He kicked him so hard in the stomach that his liver sliced in two and his spine sliced in two. He ruptured his spleen. He took a closet rod and beat Josh over the head so hard with it that it broke in four pieces. He strangled him, then let him go. Strangled him, let him go. Per the medical examiner, it was just torturous. After he murdered him, as he said, when Josh quit having bloody bubbles come out of his nose, he knew he was gone, he tied him up like an animal with about 13 ropes from his the back of his neck to the back of his hands, to the back of his feet. He covered his head with his school shirt. Then he put him in the back of my son’s truck and he drove around and he took two dollars out of Josh’s wallet and he stopped and bought gas. Then he took him to a field and he took his wallet and school ID out and just placed it by the body. Then he doused him with gas and set him on fire. It was just incredible. You just don’t even believe something like this will happen to your family, let alone to just your kid. What we saw in the beginning of the trial, in the opening, was the police going out to this itty bitty trail and there you saw, when they finally got to Josh, you finally saw him in the fetal position, barefooted, charred, bound up. The policeman said he looked like a doll. He didn’t even look real. He looked so tiny. Then after that in the trial the next picture was of his face after they removed his shirt. It was horribly disfigured by the closet rod. So one of the last pictures I saw of Josh was one where his face is just — one of his eyebrows is here, and the other is very low. It’s something you don’t want to be reminded of.”

On Monday, just ahead of the Trump administration’s announcement that they were ending the DACA program, Wilkerson spoke with Breitbart about DACA and the plans to end it.

She, like most reasonable people, didn’t expect the administration to yank children from their parents, but instead believes that minors can leave with their parents to return to their home country and those who are adults can simply move back home, as well.

“I knew it was going to be a long process,” she said, adding, “I do not think they should be allowed any extras like in-state tuition.”

“Separation is not like our separation, they can pick their kids up and go home. Do they want to? No,” said Wilkerson.

Like most people, Mrs. Wilkerson does not understand why there is a holding off on implementation, but said, “Definitely, they need to go home.”

Though she is compassionate, Wilkerson said, “It’s a human issue. It’s so hard to just, ya know, if I’m standing looking a three-year-old kid in the face, ya know, crying ‘my mommy can’t come home,’ my question is just, your mommy should take you. That is the issue is taking them with you and say, ‘ya know we tried to do this and for a while we did it, but I’ve made a mistake and this is what the consequences are, we’re going home to make a life wherever we’re from.’”

While others are complaining about families being separated and such, which more than likely would not occur, at least for the most part, Wilkerson talks about the separation that can never be repaired in this life at the hands of the illegal alien “DREAMer” who murdered her son.

“It’s devastation to our families that will never be repaired,” she said. “I will never be the same person in this earthly life that I was before he was killed by somebody that shouldn’t have been here.”

“You don’t know who you are anymore without this child in your life. It’s starting over and that’s the reality of it,” said Wilkerson.

She said that people being moved back to their home countries allows them to continue to live and even take their families with them, but her family will never recover from what happened to her son.

“That for me is not separation,” Wilkerson said. “We don’t have that luxury of skirting any laws because we have had a hard life, we just don’t. There’s no mistaking that I can’t call another country and talk to Josh. It’s just forever.”

“Everything for him stopped that day, no question,” she said.

We’ll see how serious the Trump administration is in six months. He’s taken the first step in doing away with DACA. Let’s see if he’ll enforce the law against DREAMers now.