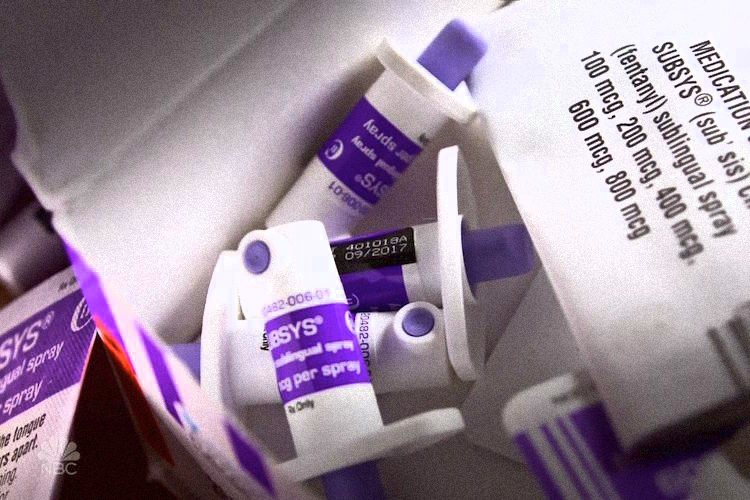 If the opioid crisis is to be resolved, opioid manufacturers must somehow be held to account for criminally pushing addictive and deadly products onto the public. While some cities and states are already suing pharmaceutical companies over this, and some pharmaceutical executives have been arrested on conspiracy charges, a new corruption case highlights the methods companies are using to create addict customers.

In a federal indictment presented by Sen. Claire McCaskill, a Democrat from Missouri, pharmaceutical company Insys Therapeutics has been charged with using an array of tactics to fraudulently create fake cancer patients for its drugs. By offering kickbacks to doctors, falsifying medical records and deliberately misleading insurance companies, the case against Insys exemplifies the type of corruption which is causing the opioid epidemic.

The chief product of Insys, painkiller Subsys, is a sublingual spray containing fentanyl, one of the deadliest synthetic opioids today. Subsys is approved by the FDA to be sold only to patients with ‘breakthrough cancer pain.’ In other words, its only permitted for cancer patients, yet Insys has allegedly been falsifying patients in order to make it appear as though the demand for Subsys is higher than it actually is.

An employee of Insys has been caught on tape misleading a pharmacy benefits provider in order to get a Subsys prescription for a patient who does not have cancer. The smoking gun audio tape is heard in the following video:

From here, McCaskill’s investigation has expanded to include other companies for their roles in worsening the national opioid crisis.

“McCaskill has been investigating the roles that five pharmaceutical manufacturers, including Chandler, Ariz.-based Insys, played in fueling an epidemic that has killed more than 180,000 Americans since 1999. Over the summer she added four more— among them Endo International of Malvern and Teva Pharmaceuticals, with North American headquarters in North Wales — along with the three dominant distributors of prescription medications, including AmerisourceBergen Corp. of Chesterbrook.” [Source]

Additionally, individual doctors are being charged for pushing Subsys onto patients when other, less addictive options were available, demonstrating a deliberate plan to create addicts for profit.

“A lawsuit filed Friday alleges that Steven Simon urged Johnson County resident Carey Ballou to take Subsys, an oral fentanyl product with a high potential for addiction, even though less risky, less expensive alternatives existed, and she was reluctant to take the drug.” [Source]

Subsys is extremely potent and coupled with these types of practices it is literally killing people. Sarah Fuller, who did not have cancer, was prescribed Subsys and became intensely addicted before dying of an overdose in 2016. Here, Fuller’s father describes a meeting he had with Fuller and a pharmaceutical sales rep.

In New Jersey, oncologists make up the largest sector for medicare claims of opioid prescriptions.

An NJ Advance Media analysis has found that eight medical specialties in New Jersey have filed more Medicare claims for fentanyl than those by oncologists. Family practitioners, for example, filed at least five times as many claims for fentanyl from 2013 to 2015 than did cancer doctors.

“There are some powerful drivers of opioid prescriptions that have little to do with the presence of pain in the population,” said Dr. Caleb Alexander, co-director of the Center for Drug Safety and Effectiveness at Johns Hopkins University. [Source]

Doctors, sales reps and pharmaceutical companies are raking in cash by creating schemes to push these drugs onto the American public, and when coupled with the cancer industry, there is at present little hope in finding an end to this national disaster.

This article (Drug Company Caught Faking Cancer Patients to Push Deadly Opioids for Profit) was originally created and published by Waking Times and is published here under a Creative Commons license with attribution to Alex Pietrowski and WakingTimes.com. It may be re-posted freely with proper attribution, author bio, and this copyright statement.