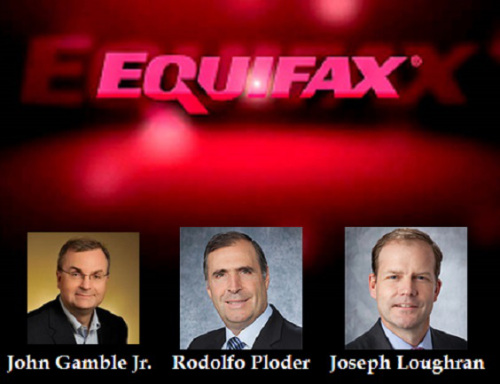 Equifax is a consumer credit reporting firm, the oldest of the three largest U.S. credit agencies (the other two are Experian and TransUnion). Founded in 1899, Equifax gathers and maintains information on over 800 million consumers and more than 88 million businesses worldwide. Based in 1550 Peachtree St. NW, Atlanta, Georgia, Equifax is a global service provider with $2.7 billion in annual revenue and more than 9,000 employees in 14 countries. Equifax is listed on the New York Stock Exchange (NYSE).

On Thursday, September 7, 2017, Equifax said that on July 29, i.e., 39 days ago, the company discovered that some time in May, someone(s) hacked into its online databases and stole the names, birth dates, Social Security numbers, addresses and driver’s license numbers of 143 million consumers in the United States.

But Equifax has not told the public how the data breach happened.

The next day, Sept. 8, speaking to Jeffrey Meuler, an analyst at RW Baird & Co., Equifax blamed the hacking on a flaw in the STRUTS open-source software used to run its online databases.

STRUTS is a widely available software system, created by the Apache Foundation, which is used by about 65% of Fortune 100 companies — including Lockheed Martin, Citigroup, Vodafone, Virgin Atlantic, Reader’s Digest, Office Depot, and Showtime — and by the IRS.

STRUTS has been under attack by hackers since at least March, according to Ars Technica, which has reported on the software’s vulnerability. So Apache issued several patches or software fixes for its STRUTS system, but it’s unclear if the company had patched its systems since March. (New York Post)

Reporting for CNBC on Sept. 8, Todd Haselton and Yen Nee Lee discovered from filings to the Securities and Exchange Commission (SEC) that on August 1 and 2 — two days after the company had discovered the data breach, and 37 days before Equifax informed the public about the breach — three Equifax executives sold nearly $2 million in Equifax shares.

The three executives are:

The total value of Equifax shares sold by Gamble, Ploder and Loughran 2 days after Equifax had discovered the data breach and 37 days before the company informed the public about the breach is $1.88 million.

In a statement, while admitting that the three executives had sold a “small percentage” of their shares, Equifax insists the executives “had no knowledge that an intrusion had occurred at the time they sold their shares.”