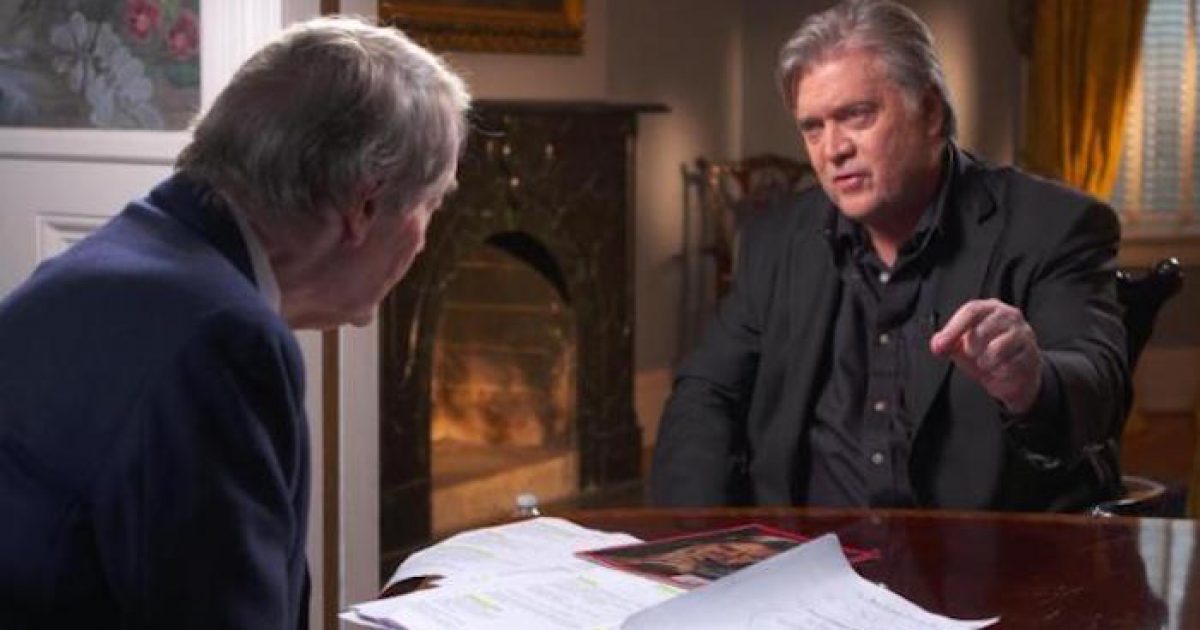 Of course, Bannon is right.

The U.S. Conference of Catholic Bishops (USCCB) has a monetary interest in illegal immigration and “refugee” resettlement that goes far beyond all its hypocritical talk about welcoming the newcomer.

This corrupt and authoritarian fraternity, which moves ruthlessly to stamp out any dissent from its new dogma that Islam is a religion of peace, received $79,590,512 in 2014 alone — that’s right, nearly 80 million dollars — from the federal government for the U.S. Conference of Catholic Bishops Migration Fund.

In his first extensive interview since leaving the Trump administration, former White House chief strategist Steve Bannon is speaking out about President Trump’s decision to end the DACA program. The Obama-era policy protects nearly 800,000 undocumented immigrants who came to the U.S. as children from deportation.

Bannon spoke to Charlie Rose in an interview that will air this Sunday, Sept. 10, on “60 Minutes.”

Steve Bannon: Look, what he did on DACA the other day. Okay, I don’t agree with that DACA decision, but I understand how he struggled with it, I understand how he’s giving the possibility of a legislative thing. And he said even last night in a tweet – even in a tweet, he would rethink it. Trust me, the guys in the far right, the guys on the conservative side are not happy with this.

Charlie Rose: Can I remind you, a good Catholic, that Cardinal [Timothy] Dolan is opposed to what’s happened with DACA? Cardinal Dolan.

Bannon: The Catholic Church has been terrible about this.

Bannon: The bishops have been terrible about this. By the way, you know why? You know why? Because unable to really – to – to – to come to grips with the problems in the church, they need illegal aliens, they need illegal aliens to fill the churches. That’s – it’s obvious on the face of it. That’s what – the entire Catholic bishops condemn him. … They have – they have an economic interest. They have an economic interest in unlimited immigration, unlimited illegal immigration. And as much as –…