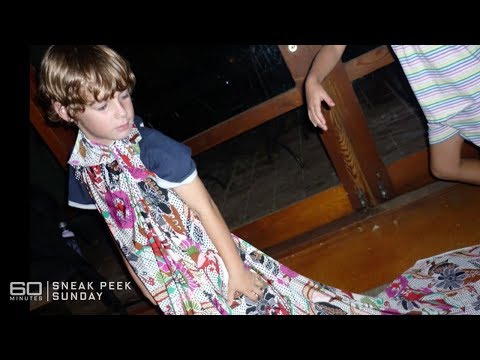 Yes, it was a mistake. Hope this young man gets the real medical/mental treatment he obviously needs.

From news.com.au: Patrick Mitchell just wanted to change everything about himself. Uncomfortable in his own skin, the young schoolboy felt like he didn’t quite fit. He was just seven years old when he felt like he first heard the phrase “trans”.

It was the start of an emotional journey which, five years later, would see him diagnosed with gender dysphoria, and beg his mother to let him transition into a girl.

“You wish you could just change everything about you, you just see any girl and you say ‘I’d kill to be like that’,” Patrick tells reporter Ross Coulthart in an interview to air on 60 Minutes on Sunday night.

But two years after taking estrogen hormones and growing his hair long in an effort to address the condition which put him at odds between his biological gender and his own identity, Patrick has changed his mind.

He’s stopped taking the oestrogen hormones which transformed his body and is preparing for surgery to remove the excess breast tissue to transition back into a boy, Woman’s Day reports.

Patrick was just 12 when he first voiced his mental torture to his family. It had been five years since he’d first heard the word ‘trans’, he says “and because I’d always identified with girls thought, well, this makes sense, I probably am a girl”.

As his conflict grew — both internally, and externally thanks to hitting puberty and being bullied at school — he’d stay up late at night researching trans people and what could be done to look more like a female.

“It was so hard to wake up every morning and see something new on my body, or that I’d grown. It was so depressing — I hated looking in the mirror. I didn’t know who the person staring back at me was.”

His mother, Alison, tells 60 Minutes she could see her son struggling. Finally, having seen a television story about transgender people, she gently broached the subject with her son. “I hadn’t even finished the sentence and he had the biggest smile on his face. I hadn’t seen him smile for months,” she said.

With a doctor’s diagnosis, she gave the go-ahead for Patrick to begin his transformation. “When he was young he would dress up in girls’ clothes and at one stage he did say to me could he be taken to the doctor to be made into a girl,” she said.

But at the start of this year, when teachers started referring to him as a girl, Patrick started feeling different. “I began to realise I was actually comfortable in my body. Every day I just felt better,” he says.

He again turned to his supportive mum. “He looked me in the eye and said ‘I’m just not sure that I am a girl’,” Alison says.

It was a massive twist in an emotional journey, and Alison has only admiration for her son.

“That moment … when you know it’s taken every drop of courage for that child to speak up … I didn’t know what the coming days would bring, but I knew his thoughts had caught up with his body,” she says.