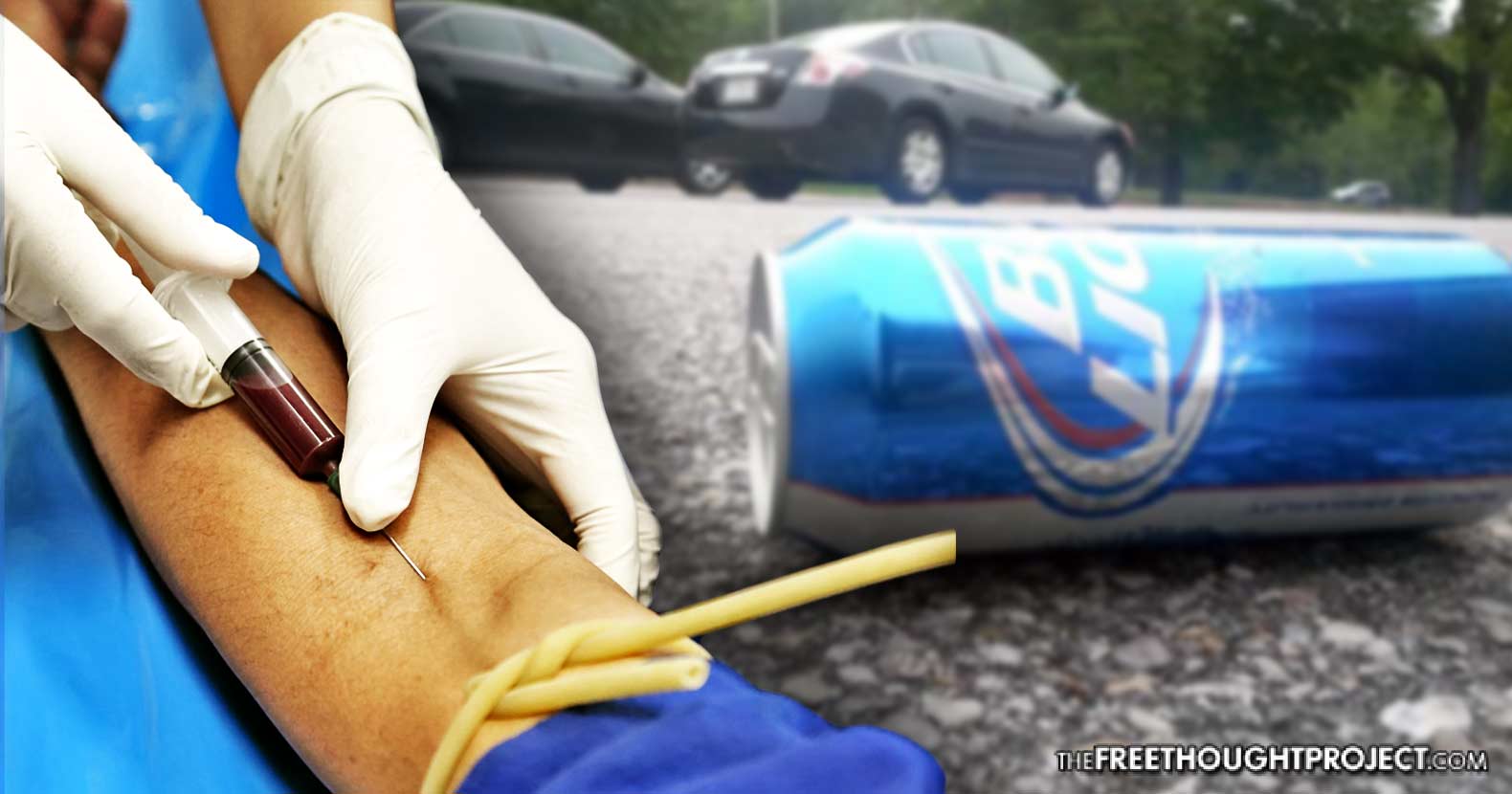 Randolf, NJ — Parents of high school teenagers were outraged this weekend after dozens of their children were ordered to undergo forced blood and alcohol tests because officials found a beer can under the stadium during a football game. As parents tried to refuse the tests, they were told their children would be suspended for noncompliance.

Naturally, school officials are claiming that the forced blood and urine samples, taken under the threat of suspension, were done in the name of child safety.

According to a letter from Randolph Superintendent Jennifer Fano, the school is charged with enforcing the policy of mass drug tests for suspicion of drug or alcohol use among students.

The law requires that we send students out to be tested when it appears that they may be under the influence of drugs or alcohol. Given the events in question, the students in this area of the stadium were brought in to the school, separated into classrooms, and parents were contacted to pick their child up and have them screened. District policy and regulation states that failure to comply with a screening is deemed a positive test result and will result in a suspension from school.

After the can of beer was found, roughly 75 students were taken from the game and detained in classrooms where their parents were called and told they must comply with the tests. Noncompliance meant that the student would be automatically assumed guilty and face the consequences of a crime that they may or may not have actually committed.

According to a public Facebook post by Randolph High School student and Class of 2018 President Nate Pangaro, “Before the game could begin, an administrator went to the front and told everyone to be quiet. He announced that he found an opened beer can on the ground that rolled to him, and that someone should confess to (whose) it was before everyone was taken in for a breathalyzer test. No one confessed, so people went into the school each row at a time to be tested.”

Some parents were outraged by the incident, according to DailyRecord.com.

“Everybody was just so confused, miscommunication,” said parent Stephanie Pangaro. “As a parent, you’re going to defend your child to the fullest when you know they’re innocent.”

The sheer number of students having to go out and get blood and urine tests overwhelmed the medical systems in town.

“Students then proceeded to emergency rooms in Dover, Denville, Morristown and Livingston,” Christopher C. Treston, a school board candidate, posted on his campaign Facebook page. “The emergency departments at Dover and at Morristown were not given any warning of what was coming, and were overwhelmed.”

As the Daily Record reports, Sheryll Lynne Penney, a former Randolph PTO president and mother of a 2017 Randolph High graduate, spoke exclusively in that capacity with the Daily Record. Penney said she had been contacted by several parents who expressed similar confusion and anger. Those parents said they believed their constitutional rights, as well as the rights of their children, had been violated.

“The students sign a code of conduct and they need to be held accountable, but so does the administration for handling the situation professionally,” Penney said.

In spite of forcing all 75 students to submit to unconstitutional blood and urine tests, only five students were found to have had alcohol in their bloodstream.

“Let me be very clear: teenage drinking is a serious problem, and it did in fact occur at our school on Friday night,”  Treston wrote. “Our process of preventing backpacks, bottles and cans from entering the stadium broke down. In addition, some number of students arrived intoxicated. We owe it to the community to identify such students, and to protect them and the community. But, we also need to do it in a way that protects the rights and dignity of the student body. When the accused-but-innocent outnumber the guilty 16 to one, we probably did it wrong.”

What this policy does is condition students to think that it’s okay to violate the rights of the innocent in order to catch a few people who may be breaking the rules—a dangerous path—and one the U.S. has been travelling down for far too long.