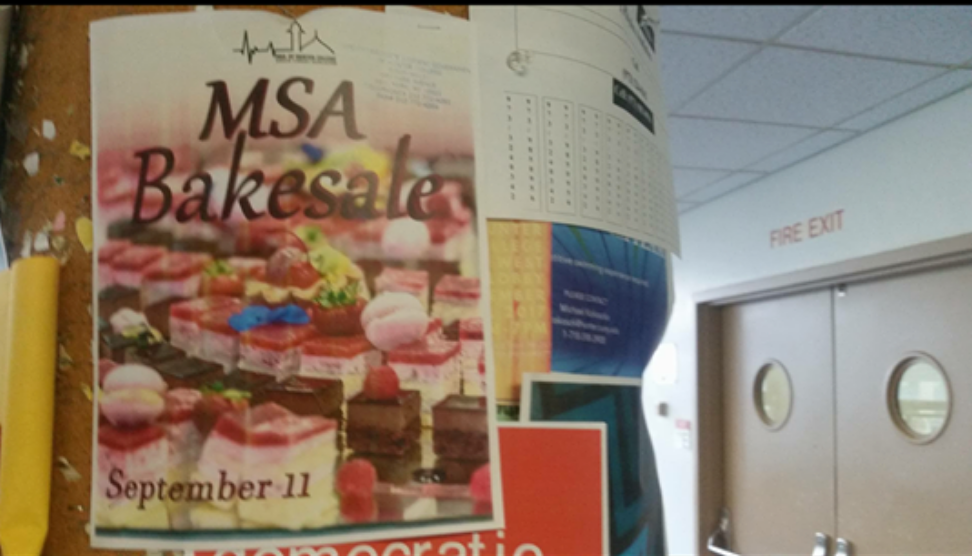 It’s like the sweets Muslims hand out in Ramallah and Gaza after a successful murderous jihad attack.

The Muslim Brotherhood-linked, terror-tied Muslim group, the Muslim Students Association, is having a celebration bake sale on September 11th at Hunter College. What would possess a notorious Muslim group named an unindicted co-conspirator in the largest terrorist funding trial in our nation’s history to have a cake and cookie party on September11th? Islam, of course.

Islamic extremism is on the rise on college campuses across the United States. The spread of radical Islamism on campuses has proven to be an effective tool to garner support and gain legitimacy, exploiting the right of free association with academic institutions. International and domestic groups that advocate extremist or radical causes frequently host lectures and other events on campuses to shore up support and recruit members. Indeed, universities are a fertile field for radicals searching for the next generation of activists and sympathize
take our poll - story continues below
Completing this poll grants you access to DC Clothesline updates free of charge. You may opt out at anytime. You also agree to this site's Privacy Policy and Terms of Use.

With nearly 600 chapters — including roughly 150 chapters directly affiliated with MSA National — located in the United States and Canada, the Muslim Students Association (MSA) is the most visible and influential Islamic student organization in North America. As reflected in the extensive information presented in this dossier, MSA has gained legitimacy on American campuses as a benevolent collegiate faith club; however, under this moderate veneer MSA advances a different agenda among impressionable college students. Through conferences and events, publications, websites and other activities, MSA disseminates and promotes militant Islamic ideologies. This dossier is on MSA-National as well as the numerous chapters of MSA formally affiliated with MSA-National.

While it strives for respectability, the Muslim Students Association (MSA) has a dark side. For example, a 2007 report by the New York Police Department describes MSAs as “part of a growing trend of Salafi-based radicalization.”

The report lists MSAs as an example of “Salafi Influences and Incubators,” stating: “Extremists have used these university-based organizations as forums for the development and recruitment of like-minded individuals – providing a receptive platform for younger, American-born imams, to present a radical message in a way that resonates with the students.”

“These include an MSA national president who was al-Qaeda’s top financier in the U.S., as chapter president who was one of al-Qaeda’s co-founders, and a former MSA faculty advisor who is currently the terrorist most wanted by the U.S. government,” according to Poole. “Other MSA leaders have been recently identified in several domestic and international terror plots, and some currently are facing terrorism charges.”

A few of the spotlighted by Poole include: