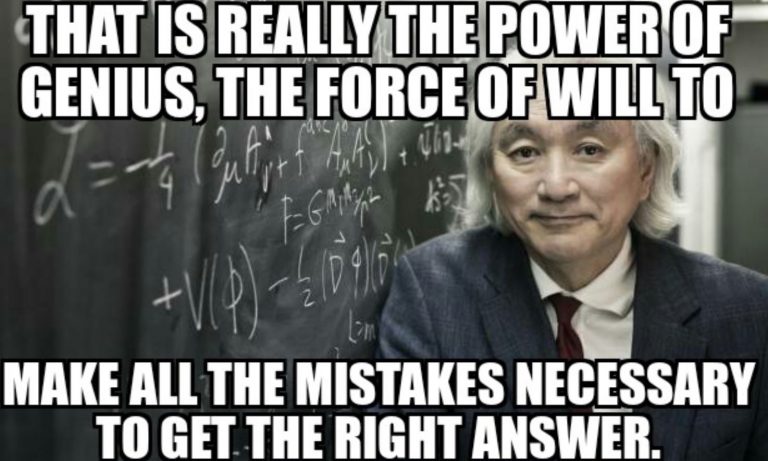 Too many humans in the Northern Hemisphere have been horribly affected by recent mega-hurricanes—“Harvey,” Texas; “Irma,” Caribbean Islands, Puerto Rico, Cuba, Florida—which may not be “Nature’s wrath,” but something even more sinister with several more on the way! However, there are skeptics, who can’t believe what is happening can have inputs from weather technologies, so exaggerated in capabilities they just may result in bankrupting governments, economies and financial systems, and severely limiting resources like food, water, and shelter for months!

This author has had some very intelligent people contact her saying they think weather geoengineering is a “conspiracy theory” or “hoax,” so she asked her Editor to republish the article she wrote in January of 2015, which you will find in full below the first video.

Something just may ring a bell now. How much more devastation do we want to live through, not only here, but globally?

Here’s a major scientist on CBS TV News telling us what’s been going on.

The Washington Post article of January 22, 2015 titled “How a group of conspiracy theorists could derail the debate over climate policy” prompted this response to what either the Post’s editors or article author apparently overlooked or did not choose to do, in my journalistic opinion—publish facts!

Over the years, The Washington Post acquired numerous awards for excellent investigative journalism, etc., including the prestigious Pulitzer Prize several times, the last being in 2014. One would imagine—at least this writer’s journalistic opinion—that extensive and accurate research would be the ground floor for factual, open-source, non-pejorative, non-ad hominem reporting and journalism.

When journalist Puneet Kollipara postulates, “Meet the “chemtrails” crowd, who posit that governments, scientists and other institutions are using airplanes’ “chemtrails” — basically contrails that are allegedly laced with chemicals — to alter the climate, create extreme weather, poison people, or even control our minds,” and “In short, chemtrails itself is a conspiracy theory,” someone needs to point out that The Washington Post team should have done their homework more diligently, as there are hundreds of federal government agency reports and, in particular, U.S. Patents of record, for managing weather systems. Many are listed below in the Weather Geoengineering / Chemtrail Database generated by this writer.

However, I think maybe I may be inclined to agree with Kollipara that chemtrails just may be a conspiracy—a real ‘true’ conspiracy to keep what’s going on day and night – and which darkens our skies (less sunlight hits earth now), plus precipitates all kinds of toxic crap falling onto earth—to keep the public from knowing what’s actually going on above our heads.

For decades weather control, AKA weather geoengineering, has been going on—it’s a given that patents verify. However, a complacent media, press, TV, probably some ‘politicos’ from previous administrations, select bureaucrats in government, government agencies per se, namely: US Air Force and Navy, researchers, and specialty contractors who build and carry out systems to fulfill the agenda—ALL have kept silent and definitely either apparently conspired or colluded to agree to keep silent—or else. Where are the whistleblowers? Could some wannabe whistleblowers be dead?

Why hasn’t any media outlet, investigative journalist or newspaper, the U.S. Congress or some foreign investigator/researcher questioned the sky trails during the last couple decades? Furthermore, why—whenever something crops up about chemtrails—is it immediately scandalized as ‘conspiracy’, rather than addressed with scientific facts and reported as news?

Below is a database of legal documentation (U.S. Patents) that evidences weather geoengineering is real. Furthermore, many patents cannot be employed or used unless there is aerial spraying.

First, we need to study two weather maps, which apparently show that there really is a split weather pattern in the continental USA.

“Two Pictures Worth More Than a Thousand Words!” “For any that are wondering how 2015 is shaping up for the Eastern US, the same scenario we saw in 2014 is being engineered all over again. The West fries with temperatures 20 degrees or more above normal with almost no rain as the Eastern US gets the toxic engineered cool-downs,” per Dane Wigington at GeoengineeringWatch.org, Jan. 24, 2015 Same source as above

The above global-climate-temperature map readily illustrates how the eastern parts of the USA and the North American continent apparently have become targeted areas for cold/rain/ice/snow weather geoengineering. Moreover, it supports the first map and the divide seen between the hot/dry west and the cold/wet east. That weather system probably can be accomplished only with aerial spraying of aerosolized chemicals and toxic elements, since natural weather patterns apparently don’t have ‘split personalities’. Documents from government and other mainstream resources, plus the investigative alternate press, confirm chemtrail activity, which really is weather geoengineering. Please see the database below.

For anyone doubting the existence of the phenomenon called ‘chemtrails’, please take the time to read through this extensive list of patents from the U.S. Patent and Trade Mark Office on equipment and processes used in aerosol spraying programs commonly referred to as “chemtrails” but scientifically called “weather geoengineering.”

An Extensive List of Patents on weather modification 1920 to Oct 5 2012
http://www.geoengineeringwatch.org/links-to-geoengineering-patents/

The most questionable of any technologies probably involved in weather geoengineering, which is couched as “military assets,” is what’s known as HAARP. It has/had two components: 1) the Tesla Weapon Platform SBX-1 sea-based, and 2) the land-base in SW Alaska, which supposedly closed in May 2013. However, there’s some talk that the land-based HAARP may have been replaced with satellite technology, so that’s why the Alaska HAARP ‘campus’ (photo below) was closed. Can anyone verify that there’s a purported satellite replacement for the Gakona, Alaska, site? Here is a YouTube with an independent narrative that parses satellite images of Hurricane Sandy Oct. 26, 2012 wherein what’s described as HAARP frequencies, aka infrasonic undulations, show up to steer the storm Sandy. Chemtrails can be seen in the satellite relays as being sprayed during the hurricane!

Background on HAARP by a noted international expert on radiation
http://www.globalresearch.ca/remembering-rosalie-bertell/31448

There are HAARP installation sites around the world, as this map indicates. Video of possible “Sound of HAARP”: light and sound in action

NASA scientists have found that cirrus clouds, formed by contrails from aircraft engine exhaust, are capable of increasing average surface temperatures enough to account for a warming trend in the United States that occurred between 1975 and 1994. (Source)

“A primary stated goal of the geoengineering programs is to provide a “solar shield” to slow “runaway climate change” by spraying tens of millions of tons of highly toxic metal nano particulates (a nanometer is 1/1,000,000,000 of a meter) into the atmosphere from jet aircraft.” [Emphasis added] (Source)

“Engineered Snowstorms” and How They Do It
http://www.geoengineeringwatch.org/engineered-snowstorms-what-are-they-spraying/

Make certain to check out all links and videos in both of the above.

“Let us help you better manage your atmospheric and water resources.”

Chemtrails: The apparent weather management tool of choice for weather geoengineering because without aerosol sprays, not much can happen.

December 2014: A Month of “Weather Bombs” or world-wide weather anomalies

Massive wildlife die offs; 70 foot waves on the coasts of Ireland and the UK; rare Los Angeles, CA tornado; the simultaneous mysterious loud booms and aerial noises in the USA and the UK. For years now, strange sky noises are being reported globally.

Note that the first images were recorded over Bulgaria with later clips over Germany, South Serbia, Romania, Hungary, Slovakia, and the Czech Republic, as stated and posted at http://www.aircrap.org/2015/01/20/global-warming-busted-fleet-of-jets-spray-black-carbon-chemtrails/ [Please make certain to check out that entire website!]

The video of planes spraying black carbon trails originally was posted at Look-Up.org.UK in the United Kingdom, European Union. Carbon! Anything to do with carbon taxes coming to the EU’s future? See information about the USA carbon tax. http://www.carbontax.org/

Here’s a Public Notice advertisement that appeared in some newspaper [probably in the State of Oregon] that gave official notice of what was going to happen, i.e., Water Development Corporation had a license (No. 54 issued by the State of Oregon) “to engage in operations to modify natural precipitation by artificial means, for and on behalf of Morrow County Weather Research Association, located at Echo, Oregon” for the period Oct. 1, 1965 to Oct. 31, 1966. [Emphasis added]

Does the Airline You Fly Spray Chemtrails? May 19, 2014
https://www.activistpost.com/2014/05/does-airline-you-fly-spray-chemtrails.html

What’s With the Weather and Chemtrails? May 2, 2014
https://www.activistpost.com/2014/05/whats-with-weather-and-chemtrails.html

Open Letter to the U.S. Congress, EPA, NOAA, NASA and all involved in Geoengineering including the Air Force February 27, 2014
https://www.activistpost.com/2014/02/open-letter-to-us-congress-epa-noaa.html

Originally published online by NASA prior to 9-11-01 but since removed.

The person who emailed it said, “Our side preserved it in cyberspace” at https://fedgeno.com/documents/future-strategic-issues-and-warfare.pdf

The above is what appears to be a PowerPoint presentation.

Page 43 talks about Micro Dust Weaponry for Lungs [very scary stuff. Will that be aerosolized and sprayed from aircraft too?]

But, page 55 “What is Apparently “Legal” [and they can do without oversight. Will weather geoengineering fall into that category and be considered “An act of God?” Is that why they deny chemtrail existence or weather geoengineering, and grossly claim it the work of conspiracy theorists? Do the real weather controllers want taxpayers to believe that no one has been able to control the weather, a most likely and logical conclusion? However, check out this:

There’s even a textbook for USA children that teaches about creating an atmosphere sunscreen using jet planes and fuel to add particles to the atmosphere. Chemtrails by another name? Science I: Essential Interaction
http://www.chemtrails911.com/docs/Centre%20Pointe%20Learning,%20Inc.htm“In the Level 1 Science book, “Essential Interactions” by Centre Point Learning, Inc., a photo of a jet is titled “Particle Air” and is followed with: ‘Could we deliberately add patrticles [sic—s/b particles] to the atmosphere? Jet engines running on richer fuel would add particles to the atmosphere to create a sunscreen’.” http://www.chemtrails911.com/science_book.htm

A logical question should be: What’s being added to jet jet fuel to make it richer? See the list of what’s been analyzed from sprays and appears on the “Stop Spraying California!” website http://www.stopsprayingcalifornia.com/What_are_they_Spraying.php.

With all the above documentation, which represents not even one-tenth of what’s probably out there, who do you think are the conspiracy theorists?