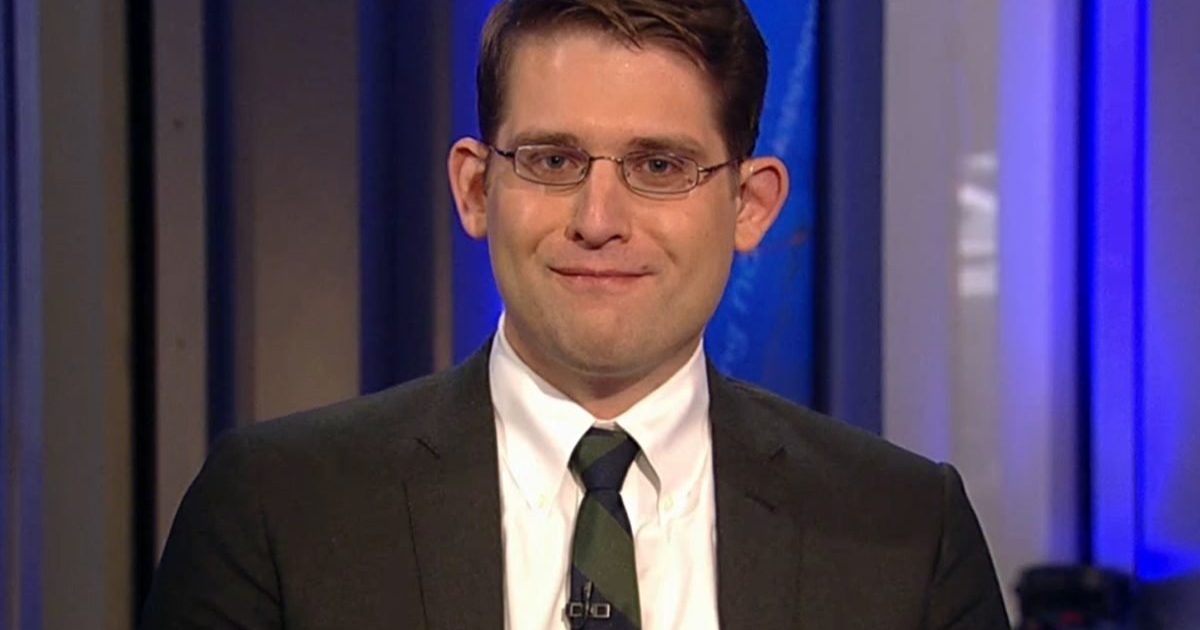 As of yet, I have been unable to recover any records of an autopsy report, which was reported to be taking place.

Under normal circumstances, this might not be an issue.

Police have said they do not suspect foul play and that when they found him with “no obvious signs of trauma and emergency responders declared him dead at the scene.”

“It is with a heavy heart that we confirm the death of Joseph Rago, a splendid journalist and beloved friend,” said Paul Gigot, the editor of the Journal’s editorial page, in a statement. “Joe and his family are in our thoughts and prayers, and we will be celebrating his work in Saturday’s paper.”

Indeed, he was a gifted writer. Check out some samples of some of his wit and wisdom.

So, there were no obvious signs of trauma, but yet, there was also no determined cause of death. Thus, the reason for the request for an autopsy.

Though Rago’s last editorial criticized Republicans’ failure to repeal Obamacare, he was also allegedly investigating Hillary Clinton’s involvement in the purchase of Russian drug company Veropharm by Abbott Labs in 2014, when sanctions against Russia over the Ukranian crisis would have prevented such sales.

According to those in his Wall Street Journal Office, Rago had reached out to the Russia Consulate General’s Office in New York City who then requested an interview on July 20th with consular officials regarding an upcoming article he was preparing on Hillary Clinton and her potential ties to Russia.

However, Rago didn’t manage to make it to the meeting and was later discovered deceased in his apartment with the cause of death being strangely called “unknown causes” just hours prior to the Russian Consular General meeting occurring.

The goal of the meeting would have been investigating Hillary Clinton’s links to the 2014 sale of Veropharm, which is one of Russia’s largest medical companies, to the American pharmaceutical titan Abbott Laboratories.

Calls to the Consulate-General of Russia in New York City to confirm this were unreturned as of the time of this writing.

During the 2016 presidential campaign, Clinton topped the field of candidates who received donations from the drug industry.

Clinton accepted $164,315 in the first six months of the campaign from drug companies, far more than the rest of the 2016 field, according to an analysis by Stat News.

However, in 2015, her use of private jets during her time in the Senate did cause controversy.

Among the companies who owned private jets on which she traveled were Coca-Cola, Citigroup and Abbott Laboratories. Other companies also provided their jets for her to travel on, including InfoUSA, now known as InfoGroup Inc., Avenue Capital Group LLC and Saban Capital Group.

There is no evidence her Senate trips, which ranged in cost from less than $200 to upwards of $3,000 per flight, ran afoul of Senate rules, which were tightened by a 2007 ethics law. Before the law was changed, senators were required to pay the cost of a first-class ticket to ride aboard a private jet—or, in some cases, even less. In Clinton’s final two years in the Senate, lawmakers who flew on private or chartered planes had to pay their proportional share of the cost of the flight based on the number of passengers.

The figures don’t include money spent for aides who accompanied her, which are also a public record.

Three days after the trip to Providence, Clinton told the Economic Club of Chicago that the public and private sectors must work together to build a stronger economy. She flew back to Washington on an Abbott Laboratories plane at a cost of $475.93.

“We do have a choice about how we deal with globalization and the competitive threat that it poses,” she said. “We can choose to unleash the power of innovation and enterprise in ways that promote our economic growth and our values so that all Americans share in the prosperity.”

This is crucial when you consider her connections to Abbott Laboratories.

The Company was then cleared by the Russian government to purchase Veropharm for $650 million.

According to the Federal Antimonopoly Service of the Russian Federation:

“The first deal, which has been cleared by the commission today, is large US company Abbot buying Veropharm that produces many important medicines for the treatment of oncological diseases, acute leukemia and others,” Artemyev said.

He also said the sum of the deal comprises the cost of Veropharm and its affiliates, while $250 million more will be allocated for the construction of new production sites increasing the production’s localization.

On June 24, Abbott said that it will acquire Veropharm from its largest shareholder Roman Avdeyev for $13.6-17 billion rubles. The purchase price will depend on the stake which Avdeyev’s holding Garden Hills, which currently owns about 81% in Veropharm, can consolidate at the moment when the contract is signed.

Again, The Goldwater reports on the deal and what smells in it:

Why is that concerning you ask? That’s a whopping 9 months after Sanctions were imposed upon Russia by the United States.

The behind the scenes acquiring of Veropharm had been masterminded by individuals who sought to find loopholes around the Obama regime’s then-sanctions against Russia.

That was done subvertly through a United States umbrella company called Kew Garden Hills, LLC, which was registered in both Delaware and conveniently enough in Hillary Clinton’s home State of New York.

By acquiring approximately 98% of the Veropharm shares, that shell company, Kew Garden Hills, llc, gained near complete control. Oddly enough soon after it was in control, Kew Garden Hills was then bought by Abbott Laboratories. Pure coincidence, goyim.

I don’t believe in coincidences though. So let’s follow what Rago had been investigating at the time of his death a bit further.

The fake shell company, Kew Garden Hills, LLC, has no official Chief Operating Officer, no Board of Directors, and failed to even list any corporate information on the S&P Global Market Intelligence database.

Anyone with legal expertise in the stock market would tell you that a multi-billion dollar United States and Foreign pharmaceutical acquisition would undoubtedly have its records published and draw massive interest from investors who monitor such a deal.

However, there was complete radio silence. Would you like to see? I’ve

archived the S&P Global Market Intelligence data on Kew Garden Hills, LLC so you can check it out, there’s literally nothing and they handed off one of the largest United States acquisitions of a Russian pharmaceutical company in history.

Again, I don’t believe in coincidences.

I don’t either, just take a look at this report from WSJ on Clinton’s approval for sale of Uranium to the Russians, which seems to include the same type of shenanigans.

Now, the question is, was Joseph Rago getting to close on this investigation? It certainly wouldn’t be a surprise for investigators into Clinton’s criminal activities to be found dead.

Just during the campaign season of 2016, several people that surrounded Mrs. Clinton were found dead, some in what appear to be ridiculous ways.

It was so bad that former Trump campaign adviser Roger Stone said, “If someone finds me dead, blame Hillary.”

This brings me to the point where I would genuinely like to know the results of Mr. Rago’s autopsy.

It normally takes anywhere from 24 hours to a couple of weeks to do an autopsy and then obtain a toxicology report.

I have searched for it extensively and so have many others. If it is out there, and you run across it, please feel free to send it to me at TimB (at) FreedomOutpost.com.

One wonders what Mr. Rago uncovered in his search for the truth.