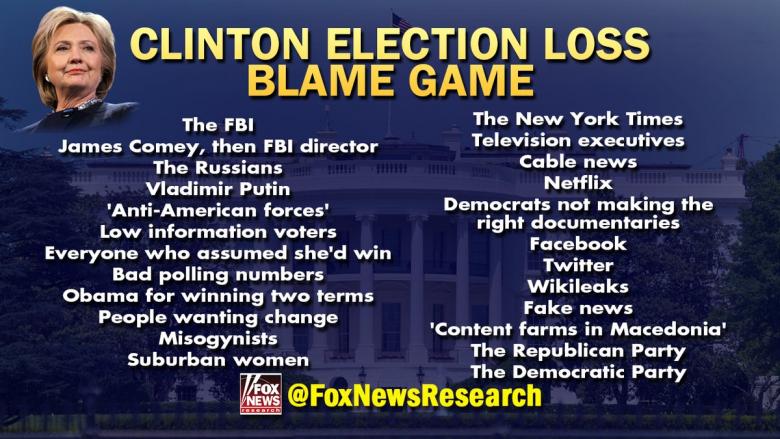 “He was quite successful in referencing a nostalgia that would give hope, comfort, settle grievances for millions of people who were upset about gains that were made by others.”

“What you’re saying is millions of white people.”

Aren’t you, your philanderer husband Bill, and your daughter Chelsea all Caucasians, i.e., WHITE people?