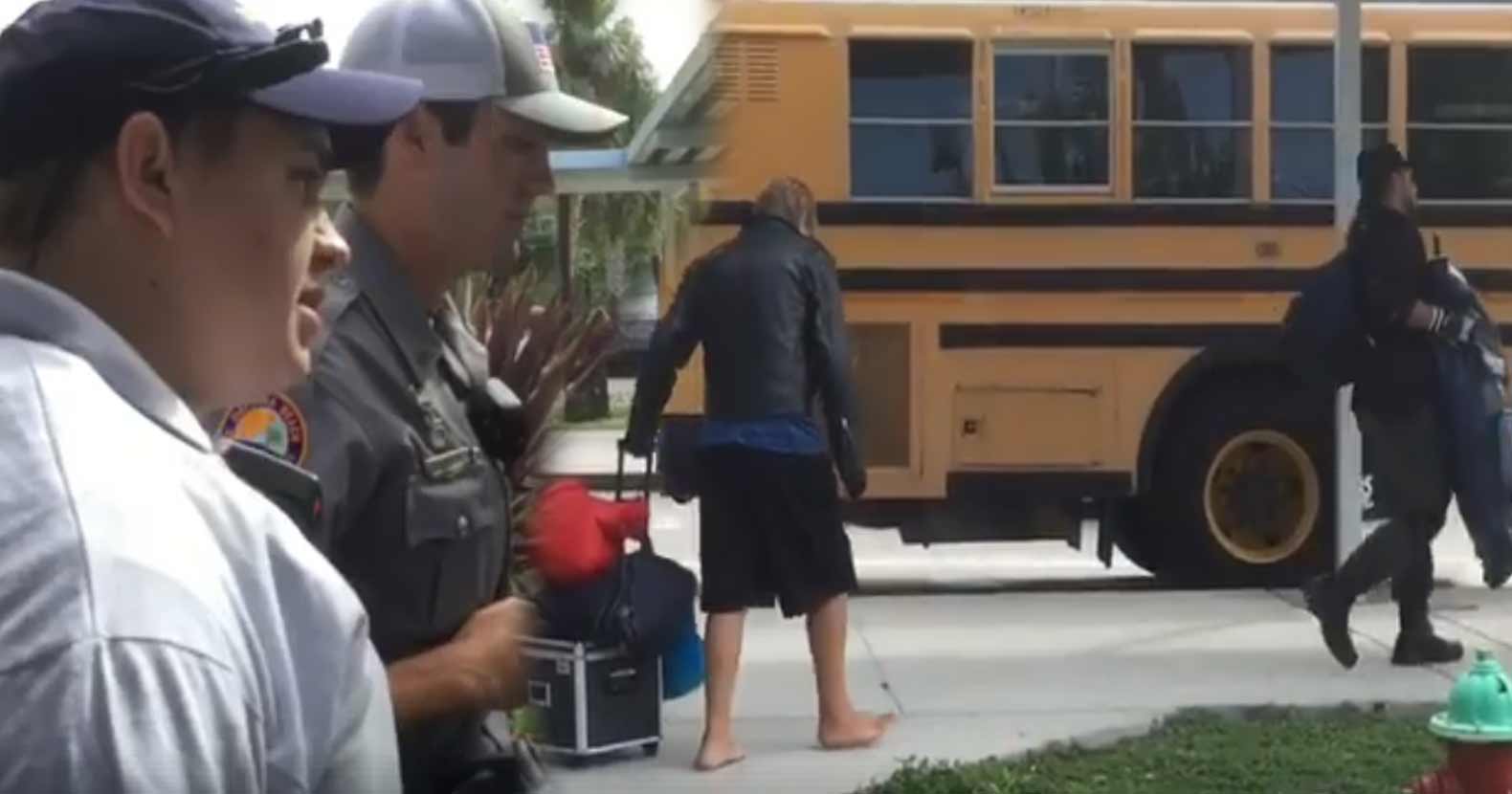 Volusia County, FL — The state of Florida has made headlines recently about how they were treating people at hurricane shelters. Last week, as the Free Thought Project reported, Florida police announced that they would arrest people for outstanding parking ticket violations if they tried to seek refuge in one of the shelters. However, that was just the beginning. A video taken of Volusia County, Florida, shows that it wasn’t just people with warrants the government was treating as second-class citizens — it was the homeless too.

In the disheartening video, several homeless people who were simply trying to seek refuge in a local shelter during the storm — after being told to go there by police — were seen being turned away by police for no other reason other than the fact that they had no house to live in.

When the men and women were asked their address when checking into the shelter and had no address to give, they were told they were not allowed at this shelter because they were homeless. Because they had no home, they had to go across town to the Salvation Army shelter.

Treating people this way is unacceptable at any time, but becomes especially so during times of an emergency. These men and women were simply trying to seek refuge, just like everybody else at the shelter. However, they were treated like second-class citizens who were disallowed from intermixing with the first-class citizens.

Unfortunately, many people online are coming to the defense of Volusia County police and their decision to discriminate against people over whether or not they had a home.

Some individuals are claiming that denying shelter to homeless people is justified because they have “an odor,” they may have lice, they may be sexual predators, they may be thieves, or that they may be mentally unstable. Ironically enough, all of these same traits could easily apply to people who have homes as well.

“I’ve dealt with a lot of disgusting Humans who aren’t homeless. They too have lice, criminal records and odors! Maybe we should start running people thru a hazmat tent, spray em down and then let them be safe from a storm!!! Idiots,” one Facebook user wrote.

The encouraging part about this video, however, is that when it was posted to Facebook, the overwhelming majority of comments were in support of the homeless people.

“Amazing how easily people will justify the elitist, discriminatory, disgusting behavior by generating narratives with no evidence to ease their own guilt. I would love to know the names of these officers. It would be amazing to see this man find a lawyer and file suit for discrimination,” another Facebook user wrote.

Below is the video which eerily looks like a scene out of the hunger games.

Beat downs and arrests by police are, unfortunately, becoming a larger and larger part of the homeless culture.

Whether the dehumanization is to make way for the up and coming comic book festival or just a run of the mill sadistic police gang murder, homeless folks in the US are finding themselves in an increasingly hostile police state.

Cops in Saginaw, Michigan, who shot and killed homeless Saginaw resident Milton Hall, in firing squad fashion, during a confrontation in a shopping plaza parking lot were told that they won’t be facing any charges. Who cares about one dead homeless guy, right?

In a disgusting display of totalitarianism, Daytona Police became world famous because they descended upon a group of Good Samaritans who were feeding homeless people in a public park. They were told that if they tried to come back in the park and feed people, they would be arrested.