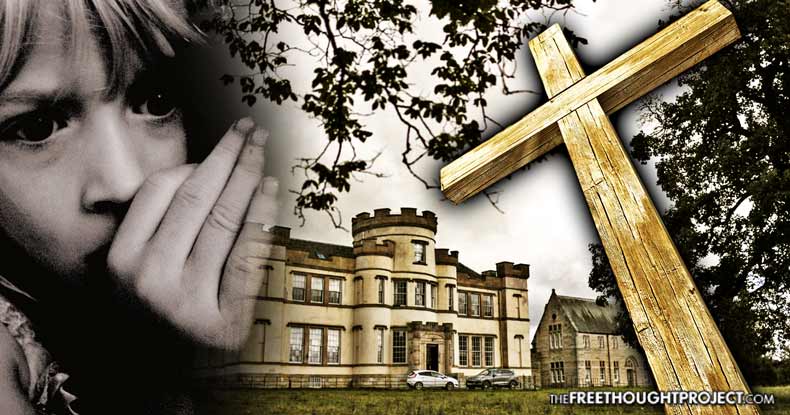 The results of a horrifying investigation into a Catholic orphanage are being released this week. The report revealed the discovery of a mass grave containing the bodies of over 400 orphans—including babies, toddlers, and children.

The investigation, conducted by the Sunday Post and the BBC, looked into the dark secret of the Catholic run Smyllum Park orphanage. While the orphanage—which operated for a century and a half—put headstones on the graves of nuns and staff members, no stone or memorial has ever recorded the deaths of these 402 orphans found buried in a single mass grave.

According to the Sunday Post, the revelation that up to 400 youngsters – and some adults – are buried there today provoked calls for Scotland’s ongoing Child Abuse Inquiry to investigate.

As the BBC reports, the Daughters of Charity of St Vincent de Paul, which ran the home, refused to comment on the findings.

Former First Minister, Jack McConnell, who, on behalf of the Scottish Government, apologized to victims of care home abuse in 2004, said it was shameful they were still waiting for truth and justice, reports the Post. He said, “It is heartbreaking to discover so many children may have been buried in these unmarked graves. After so many years of silence, we must now know the truth of what happened here.”

“Analysis of figures from the National Records of Scotland, reveal the highest mortality rate among children aged between 1 and 14 was in 1901 when 10.4 deaths per 1,000 were recorded,” it added.

“Some children were sent to the home from other places across central Scotland, so spot checks were also made with a number of other areas. Burial records were discovered in Glasgow for two of the dead. No other area we approached could find any burial record for the names we asked them to check,” according to the BBC.

“As the Daughters of Charity have previously indicated that children were buried in an unmarked plot at the cemetery, and that their records are incomplete, all the bodies are believed to be buried in the graveyard.”

The inquiry into the mass grave began in 2003 when two former residents of the orphanage Frank Docherty and Jim Kane set out in their efforts to expose the rampant physical abuse which they claimed happened regularly to many of the children.

Docherty and Kane were told by Daughter of Charity of St Vincent de Paul that their records suggested that only 158 children had been buried on the property. However, Docherty and Kane, who both died earlier this year, suspected those numbers to be much higher. The BBC/Post investigation proves they were right.

“Oh my God, I’ve got goose pimples. It’s shocking,” said Frank Docherty’s widow, Janet, when the Post told her the results of their investigation.

“He had been trying for years to find a figure and he didn’t get anywhere. That’s unbelievable.

“Frank always feared there were more kids buried there and this is proof of that,” she said. “He would have been content that it has come out now at last.”

According to the BBC’s report,

One of those believed to be buried there is Francis McColl. He died in 1961, aged 13; his death certificate indicates he died from a brain hemorrhage.

His brother Eddie spent decades wondering what had happened to Francis. At one point, he heard he’d been struck on the head by a golf club, which now chimes with the evidence of the death certificate.

However, according to the report, Eddie could find no records of where his brother was buried.

“It’s ridiculous,” he says. “I’m not happy about that. Whoever is behind this, I hope they can live with themselves.”

Many allegations of abuse at the care home were also uncovered by File on 4 and the Sunday Post, including beatings, punches, public humiliations and psychological abuse, according to the report.

The Daughters of Charity of St Vincent de Paul have declined to speak publicly on any of these recent revelations.

However, they released a statement saying, “We are Core Participants in the Scottish Child Abuse Inquiry and are co-operating fully with that inquiry.

“We remain of the view that this inquiry is the most appropriate forum for such investigations.

“Given the ongoing work of the inquiry we do not wish to provide any interviews.

“We wish to again make clear that, as Daughters of Charity, our values are totally against any form of abuse and thus, we offer our most sincere and heartfelt apology to anyone who suffered any form of abuse whilst in our care.”

Below is a clip from the BBC’s 38-minute show on the horrifying discovery.