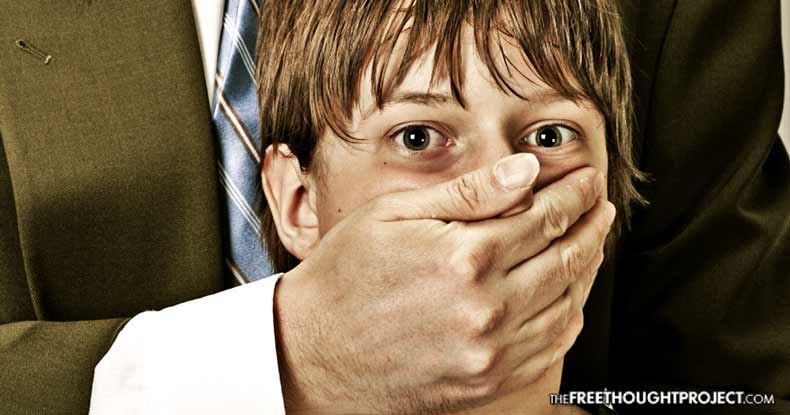 As TFTP reported yesterday, Seattle Mayor Ed Murray has resigned after a fifth victim has come forward and alleged the mayor raped him as a child—it was his cousin. While this is certainly a massive revelation, it is important to note that Ed Murray is only one name on a long list of mayors accused of child sex-related crimes since 2016.

Nelson, 62, faced three separate sex crime cases between 1975 and 1986 – with one of the latter cases including allegations of rape and sodomy, according to the Times. And in 1982, the future mayor was accused of inappropriate behavior toward a 5-year-old. He was never found guilty on any of those charges.

Dale Kenyon, former mayor of Clayton, New York was also on the list. The 78-year-old mayor was indicted last week following allegations of sexual acts against a child. According to Watertown Daily Times, he’s been indicted on a whopping 22 counts of third-degree criminal sexual acts.

In July, the mayor of Randolph, Nebraska, 61-year old Dwayne Schutt, was arrested following an investigation that yielded four counts of sexual assault of a child and one count of felony child abuse, according to KTIV. After posting his $125,000 bond, Schutt remains the mayor of Randolph.

In April, the former mayor of Hubbard, Ohio was handed down a life sentence after he was found guilty of repeatedly raping a four-year-old girl. According to WFMJ, Richard Keenan avoided trial when he pleaded guilty to eight charges of gross sexual imposition, eight charges of rape, and four of attempted rape. During the confession, Keenan told the court that the four-year-old was a “willing participant.” He’ll be eligible for parole in just 10 years.

Stockton, California was shocked last August when their mayor, Anthony Silva was arrested on charges that he provided teens with alcohol before filming them as they took off their clothes in a game of strip poker. As DC reports, Silva, who claimed he accidentally recorded the strip poker game after interrupting it, pled no contest to the lesser charge of providing alcohol to a minor. He was sentenced to 40 hours of community service.

During a child sex sting in March, the former mayor of Winston, Oregon, Kenneth Barrett, was one of several men arrested after he was caught attempting to have sex with a girl he thought was just 14-years-old.

The mayor of Dawson, Georgia was implicated in the rape of a 12-year-old child in February 2016. As WTOC reports, disturbing testimony in the trial of a man accused of molesting two children took a new twist after the Mayor of Dawson was implicated as a participant. When the DA asked if there was anyone else the young boy and girl were involved with, the victims named Dawson’s mayor, Chris Wright. Wright pleaded no contest this past January and was let off with no prison sentence.

In June of 2016, Darral Walker, the former mayor of Rockdale, Texas was indicted on charges of sexual misconduct for engaging in sexual contact with a child younger than 17-years-old by touching the boy’s genitals. Walker admitted to the act but claimed it was for educational purposes. According to TDT News, Walker was placed on two years deferred adjudication probation after he struck a deal—he won’t even have to register as a sex offender.

The former Mayor of Millbrook, New York, Donald H. Briggs was arrested in December and faces felony charges linked to alleged inappropriate sexual contact with a person younger than 17, according to the Poughkeepsie Journal.

While this list of mayors is certainly shocking it should come as no surprise to those paying attention. As the Free Thought Project has reported numerous times, many of these sickos hold positions of power within high levels of the government. They have an incentive to protect their operation and can do so using the many corrupt pedophiles within law enforcement as their minions. It also explains their infuriating lack of punishment.

In fact, as the Netflix series, The Keepers, set out to launch an investigation into a murder cold case, it soon became much deeper because of the high-level pedophilia it revealed. The story exposed a concerted effort to conceal widespread rape and sexual abuse committed by Keough school chaplain and counselor Father Joseph Maskell, as well as other clergy, police, and a local gynecologist.