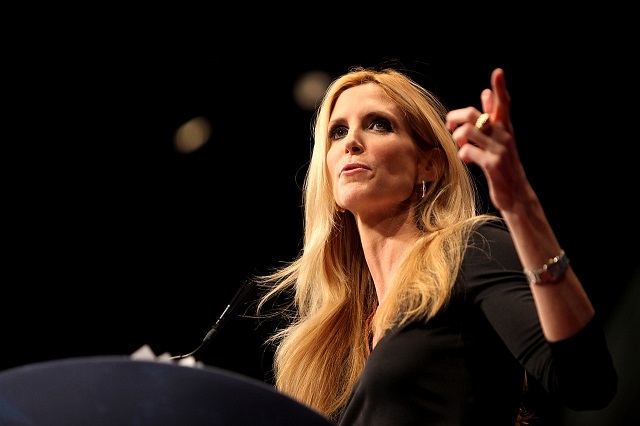 Republican author Ann Coulter said Thursday that contrary to media reports, she is “on the Trump Train” — it’s Donald Trump who has gotten off.

“People keep asking, they’ve been pestering me basically since since Trump came in… they keep wanting an official declaration like, ‘I’m off the Trump Train,'” Coulter said on Joyce Kaufman’s radio show Thursday. “I’ve just been emailing them back today, saying, ‘No, I’m on the Trump Train, Trump is off the Trump Train,’ get the terminology right here.”

“It’s really devastating,” Coulter said on Trump’s amnesty proposal. “It is the more exquisite con then even Rubio, because of that campaign, because he didn’t back down. And the millions of Americans who haven’t voted for decades because they said there’s no difference, I vote Republican, I vote Democrat, nothing changes. My life, my community, is still being overwhelmed. Drugs are still coming in, you don’t care about me, you’re outsourcing my job.”

“And for Trump to come along and seem to have a spine of steel, making outrageous comments — I mean, even I would have phrased that opening speech about Mexican rapists a little differently — he makes these wild remarks and never backed down, didn’t back down from the Muslim ban, and then for him to come in and betray them… I don’t think you’re ever getting those voters back again,” she said.