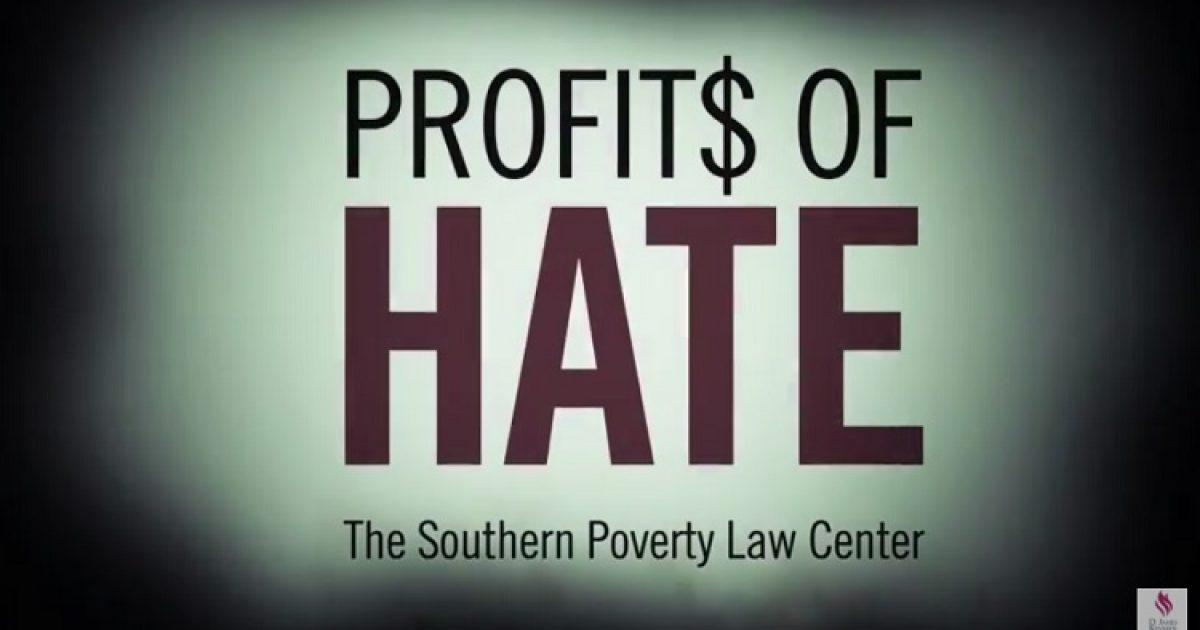 There is no doubt that the Southern Poverty Law Center (SPLC) is not only a corrupt organization that smears the names of good people like former Vanderbilt law professor Carol Swain and others, but they are in it for the money, as indicated in a recent report.

If you recall, the SPLC was busted recently for transferring millions in cash to offshore accounts. That’s pretty shady for a non-profit organization, don’t you think?

At that time, the Free Beacon reported:

The SPLC has turned into a fundraising powerhouse, recording more than $50 million in contributions and $328 million in net assets on its 2015 Form 990, the most recently available tax form from the nonprofit. SPLC’s Form 990-T, its business income tax return, from the same year shows that they have “financial interests” in the Cayman Islands, British Virgin Islands, and Bermuda. No information is available beyond the acknowledgment of the interests at the bottom of the form.

However, the Washington Free Beacon discovered forms from 2014 that shed light on some of the Southern Poverty Law Center’s transfers to foreign entities.

The SPLC’s Form 8865, a Return of U.S. Persons With Respect to Certain Foreign Partnerships, from 2014 shows that the nonprofit transferred hundreds of thousands to an account located in the Cayman Islands.

The SPLC’s Form 926, a Return by a U.S. Transferor of Property to a Foreign Corporation, from 2014 shows additional cash transactions that the nonprofit had sent to offshore funds.

The nonprofit pushed millions more into offshore funds at the beginning of 2015.

What’s interesting is that Charles Ortel, a former Wall Street analyst and financial adviser known for uncovering a 2009 financial scandal at General Electric, surprisingly noted: “It seems extremely unusual for a 501(c)(3) concentrating upon reducing poverty in the American South to have multiple bank accounts in tax haven nations.”

That leads to another discovery posted by Jacob Grandstaff at Capital Research Center. He writes:

The SPLC pays its staff surprisingly well. In 2015, the organization spent $20 million on salaries, but only spent $61,000 on legal services.

This, despite boasting of a staff of 75 lawyers for the purpose of litigating on behalf of “children’s rights, economic justice, immigrant justice, LGBT rights, and criminal justice reform.”

The minimum it paid officers, directors, trustees, or key employees, in base salary in 2015 was $140,000—this in Alabama, a state where the mean salary for religious and education directors (which includes private school principals) was $40,820 in 2015. SPLC president and CEO Richard Cohen was paid $346,218 in base compensation, while SPLC founder and chief trial counsel Morris Dees earned $329,560 in compensation, and $42,000 in additional reportable non-taxable benefits.

This causes me to wonder if the Justice Department should not be opening up an investigation into the SPLC for fraud, or at the very least, calling upon the IRS to revoke its tax-exempt status.

Morris Dees, SPLC’s founder, did legal work for the KKK in 1961, and SPLC continuously aligns themselves with Communist organizations.

In fact, they learned best how to do what they are doing now from a known Communist, Saul Alinsky.

“Pick the target, freeze it, personalize it, and polarize it…Cut off the support network and isolate the target from sympathy. Go after people and not institutions. This is cruel, but very effective. Direct, personalized criticism and ridicule works.”—Saul Alinsky, Rules for Radicals

Now, there is a lawsuit going forward that attempts to deal with the slander fo the SPLC by lumping legitimate organizations they differ with, with actual groups that promote certain people based on their skin color.

As anyone case see, the SPLC seems more set on lining their own pockets through slander, which is a form of hate, than they are about warning people of actual hate groups.