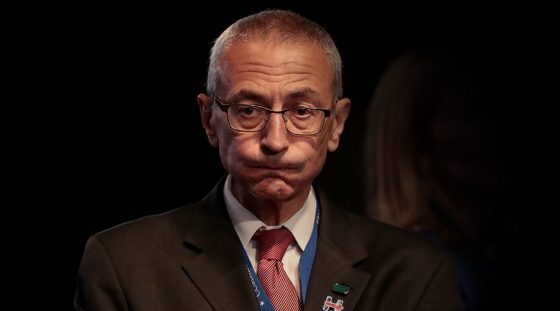 Right now, a major cover-up is going on in the media and among leftists all over the country. Many Democrats are involved in separate and equally disturbing sex scandals, but they are all being swept under the rug.

Several major Democrats are facing charges or received convictions regarding sexual crimes related to children over the past year. Perhaps the most well-known example is that of Anthony Weiner, soon to be ex-husband to Hillary Clinton’s top aide Huma Abedin. Weiner, the disgusting and disgraced Democrat has a long history of sexual misconduct which most recently landed him in legal trouble when he became involved in an online sexual relationship with a 15-year-old girl. Weiner pleaded guilty to transferring obscene material to a minor and faces up to ten years in prison. He also must now register as a sex offender.

The Daily Wire also compiled a list of Democrats that the website backpage.com has donated to. The website is allegedly directly linked to child prostitution and trafficking and the co-owners gave a lot of money to Democrats recently, including donations to:

If that isn’t enough to make this horiffingly cringe-worthy already, Sen. Robert Menendez (D-NJ) is currently on trial facing federal corruption charges, which started in 2012 over allegations that he and another man were having sex with underage prostitutes. But not to be outdone, Jacob Schwartz, a 29-year-old up-and-coming young Democrat who worked on New York City Mayor Bill de Blasio’s staff was arrested in May. Schwartz is accused of child pornography charges in which he allegedly kept more than 3,000 images and 89 videos of pornographic acts committed by children.

Most have heard of convicted sex offender and longtime friend of former Democratic President Bill Clinton, pedophile Jeffrey Epstein. The perverted man was accused in January in a federal lawsuit of luring a woman into “his elaborate sex trafficking enterprise,” the Daily Mail reported. “The lawsuit alleges that Epstein had a compulsive sexual preference for little girls as young as 13-years-old.” And Bill Clinton hasn’t exactly been known for his fidelity to Democrat and wife, Hillary Clinton, who’s campaign chairman John Podesta was front and center of the “PizzaGate” pedophilia scandal the media desperately tried to label as “fake news.”

And last week, a Democrat Councilman in Connecticut, Scott Chamberlain, was forced to step down after photographs of him allegedly emerged on a private website for “furries,” a weird subculture of people who dress up in furry costumes of odd looking animals for sexual gratification.

It seems a little more than convenient that the media is willing to look the other way when Democrats are caught doing disgusting things.