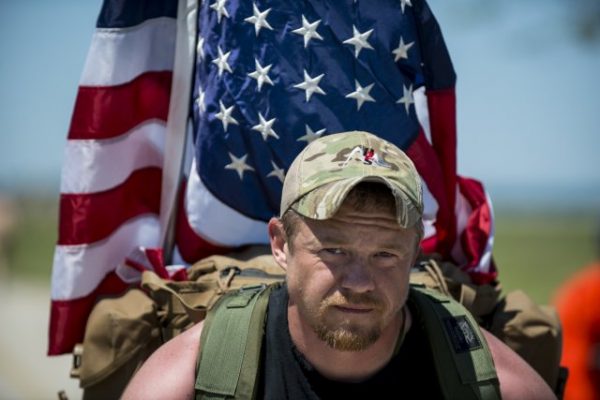 (Natural News) For some time now, Dave Hodges of the Common Sense Show has been reporting on strange events taking place in Northern Colorado. Last year, before the presidential election, Hodges reported on sightings of foreign mercenaries and elite military personnel from Nepal known as Gurkhas in that part of the state. He pointed out at the time that Gurkhas were specially recruited by the British army in the mid-19thcentury because they are elite, highly trained soldiers. Interestingly, he noted, Gurkhas are trained to fight against guerrilla forces. What, he wondered, were they doing in Northern Colorado?

Now, another shocking, baffling and confusing development has arisen in the same area of the state: At least 15 otherwise healthy veterans have suddenly gone completely deaf.

Paul Martin, a friend of Hodges, recently contacted him to inform him of the strange development. An unnamed friend of Martin who lives in this area and is a very healthy veteran, had suddenly woken up one morning to find that he had totally lost his hearing. When he visited a good VA hospital in the area, they ran several tests but could find absolutely nothing wrong. One of the doctors there informed the man that he was the 15thperson from the region that had experienced the exact same bizarre thing.

As Hodges pointed out, while an acute event can cause you to lose your hearing suddenly and dramatically, no such event had taken place for any of these veterans. One minute everything was fine; the next their hearing was simply gone.

What could be going on to cause 15 healthy men to “suddenly and dramatically lose their hearing?” he asked. Since a major catastrophic event would have affected the whole region and non-veterans would have been affected as well, Hodges and Martin believe that veterans are being specifically targeted. (Related: American Legion endorses medical marijuana for veterans.)

The men have been collecting eyewitness and photographic evidence of the foreign military activity taking place in Northern Colorado for some time. In addition, some of the show’s listeners have submitted similar evidence from Southern Wyoming.

With this in mind, Martin and Hodges suspect that this could be a military beta test for a new weapon.

Making Hodges even more suspicious is the fact that when Martin was conveying the story to him on the phone, they were suddenly and dramatically disconnected, and Hodges had a hard time getting him back on the line.

The good news is that one of the affected men recovered his hearing after 30 days of total deafness. Doctors are hopeful that the same thing will happen with the other people in the group.

Hodges calls this a “mystery wrapped in an enigma, around another mystery.”

It certainly does seem baffling. …

Sources for this story include: