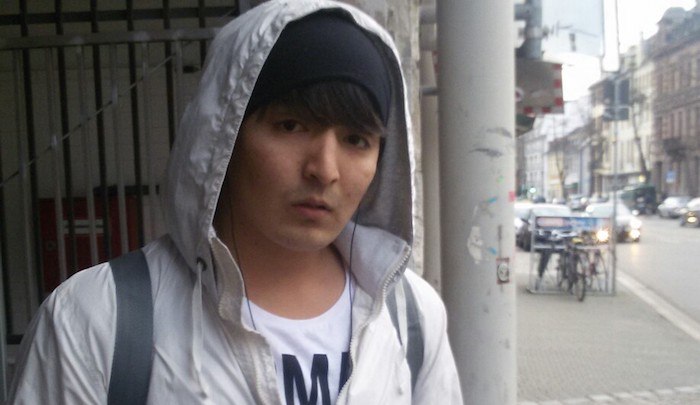 Another Merkel Muslim migrant murder. And now he is whining about his life — what about his victim’s life? He is apologizing now; that won’t bring her back. Nor will it stop EU officials from appointing more savages like him, who believe that infidel women can be taken and used for sexual purposes.

Meanwhile, the enemedia continues to traffic in hate and smear pieces against European politicians who oppose the Muslim invasion of Europe like Geert Wilders.

The rape and murder victim of this Muslim migrant was a member of an organization that helped refugees.

German reader Freda wrote me (her translation is a bit awkward, but you get the picture): “Two German girls were raped and killed in the same German town, Freiburg, and in a short time. The one girl who was raped and killed you can see here on the first photo , they found today finally the rapist and killer. A 17. years old Afghan who came in 2015 as a “teenager” and refugee to Germany and a German family took him warmly as a family member .
That he is only 17 years old, I think is a lie.
He is never never 17 but at least 2 years older or even more! How do I know?I lived with Pashtuns etc. and know that they are normaly 2 years older as written on their passport , but on the way to the west it can also be a bit more “younger” ! He was so grateful that he did not rape and kill the woman or women of the family, but a beautiful young German girl, a student of medicine. I am 100% sure that the other girl was also raped and killed by a so called refugee and in my view it must be really not the same. It is not like it was in Germany before, that there was one sick killer once a time and who did it several times. We are talking here about people who are here to spread their Islam and sick mentality towards women and especially west women.”

“Migrant who raped and killed EU official’s daughter cries as he tells court that drowning her ‘destroyed’ HIS life and that he dragged her into a river to ‘wash her blood from me,’” by Allan Hall, MailOnline, September 12, 2017:

A bogus refugee who raped and murdered the daughter of a top EU official broke down and asked for forgiveness at his trial in Germany today.

Self-pitying Hussein Khavari was linked to the murder of Maria Ladenburger through his DNA but remained silent after his arrest last year.

On Monday that changed as he wept in the Freiburg District Court as he recalled how he smoked hashish the night he ambushed 19-year-old Maria, raped her and drowned her in the knee-deep water of a nearby river.

He said he took her to the water to wash her blood from his body and clothes and claimed the incident had destroyed his life.

He said the night of the killing he was so drunk he was ejected from a bar and left alone by his friends in town.

He claims he accidentally came across Maria who shouted out as she fell from her bicycle.

He said he pressed her mouth shut then choked her with a scarf and put her unconscious into the water.

‘When I saw how pretty she was, I wanted to have sex with her,’ he said, but claims he was too drunk.

He broke down in court and added: ‘I want to apologize to the family of Maria’.

Reading from a statement he went on: ‘I beg your pardon. I want to apologise to the family of Maria. I wish I could undo it.

‘What I have done, I am sad for from the bottom of my heart ‘.

He says he dreams of what he did every day as he wiped tears from his face.

‘I live with the agony of what I did and this torment destroys my life,’ he added.

He claims he dragged her into the river ‘because I wanted to wash her blood from me’.

Prosecutors dispute his account of the murder and say he planned it beforehand.

Hussain, who was 19 at the time of the murder in October last year, ended a life rich in potential and polarised a nation struggling to adapt to over a million refugees in its midst.

It emerged after his arrest that he had been arrested and sentenced to ten years for attempted murder in Corfu in 2013 before coming to Germany seeking refuge in 2015.

It remains unclear why Greece let him out of jail so quickly.

German authorities knew nothing of his past and so let him into the country as a registered asylum seeker.

Ironically his victim, whose father is a senior legal adviser to the European Commission in Brussels, worked in her spare time in the ancient university city of Freiburg helping out migrants in various shelters and homes….