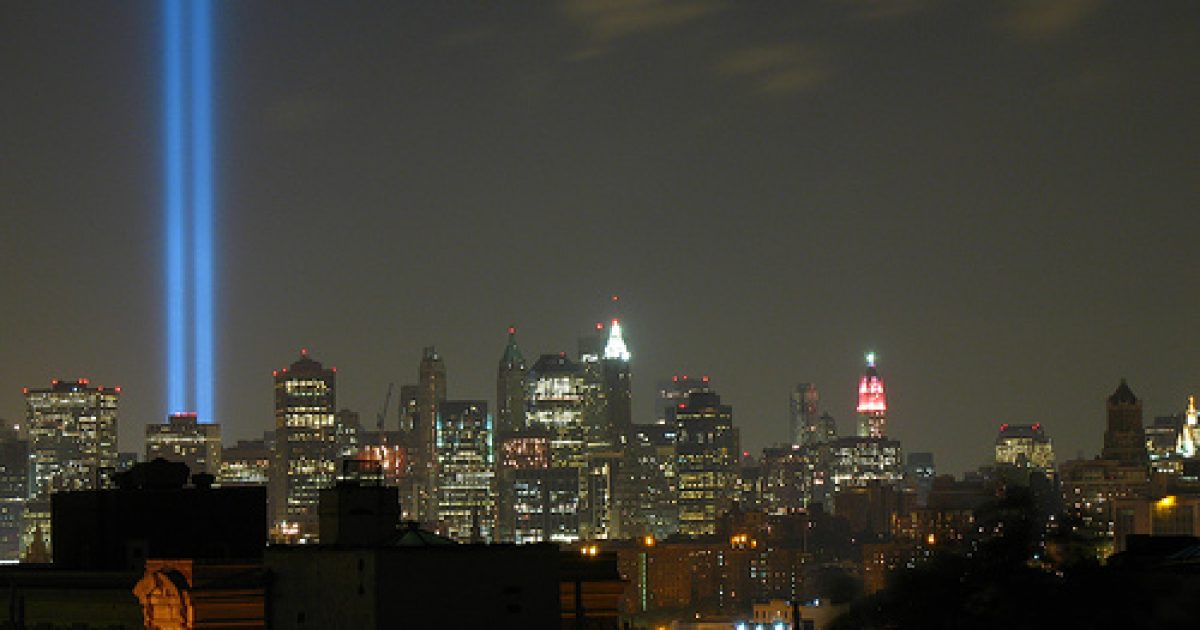 This is nothing more than Islamic supremacism beginning its cultural imperialism in Brooklyn, and it’s been going on for some time now.

This is happening just a stone’s throw from Ground Zero.

The following video was posted on YouTube in December 2014 by Lisa Concepcion. It’s not new news, but something that does need to be addressed by the city, which has apparently, been ok with it.

This was once Lisa’s home.

What was once a predominantly Jewish- Italian neighborhood has changed drastically since Middle Easterners have move in.

Though this video came out in 2014, reports of the loud calls by the mosques have been complained about for years.

In 2007, The New York Times published a piece titled “Call the Faithful and Getting Complaints.”

A little before 12:30 p.m. and again at 3, 5:30 and 7:15, the speaker broadcasts Muslim calls to prayer that the faithful consider essential, but that some neighbors, who have complained for years, say are just too loud. These residents renewed their complaints at a recent meeting of the Dahill Neighborhood Association attended by the police captain in charge of the 66th Precinct, Peter DeBlasio. The meeting was reported in Flatbush Life, a local newspaper.

Ivan Selzer, co-president of the neighborhood group, said in an interview that in response to previous entreaties, the mosque had lowered the volume, but that the noise had recently gotten worse.

And he emphasized that his group’s objections to the mosque, which serves a large Bangladeshi and Pakistani community, were narrowly focused. “This is not coming from any radical place, or anti-anything,” Mr. Selzer said. “This is coming from, it’s just a lot of noise.”

Ha! not radical that he knows of or will admit to.

NYT went on to report:

Early one afternoon last week, Mohamed Elshenawy, an imam at the mosque, stood at a microphone on the building’s second floor and, in a sonorous voice, intoned Arabic words over the loudspeaker that translate, in part, to: “God is the greatest. … There is no god except God. … Muhammad is the messenger of God. … Come to prayer. … Come to salvation.”

A short time later, Mr. Elshenawy said he was aware of few complaints about noise, though he acknowledged that a police officer had visited the mosque in connection with the matter. Out of consideration for neighbors, he added, the mosque does not amplify a fifth, early-morning call to prayer, but he said that if the other calls were not loud enough for local Muslims to hear, they would be the ones complaining.

“If they don’t hear it,” Mr. Elshenawy said, “you make something for nothing.”

Police Officer Martin Speechley, a department spokesman, said that at this point the police can do little besides mediate.

Mediate? Are there no noise ordinances for something like this? Surely, the police are jesting here, or are they afraid that the Muslims might actually begin to follow those teachings of the Koran?

“It’s religious, so you’re walking on rough ground here,” Speechley said. “We do all we can, but if there’s no law being broken, we’re fairly powerless to make somebody comply with what somebody else wants.”

Religious or not, that is something that is a nuisance to the entire community, not a right of religion.

Masjid-Al-Aman is a mosque that sits near the border of Queens and Brooklyn in East New York, and offers prayers five times a day. But some residents say the mosque’s azan, or call to prayer, is a nuisance—neighbors have filed 156 noise complaints against Masjid-Al-Aman.

“They have to have some consideration for us—it’s noisy. Too, too noisy,” one neighbor gripes, adding that she can’t get used to the azan “because you have no idea when it’s going to happen.”

Not true, says one of the mosque’s congregants: “Calling to prayer for a Muslim, five times a day, is a no-brainer. It’s an absolute necessity.”

So far, nothing has been done to stop this madness.

I recommend that people read Pamela Geller’s book Stop the Islamization of America: A Practical Guide to the Resistance

and act on it.