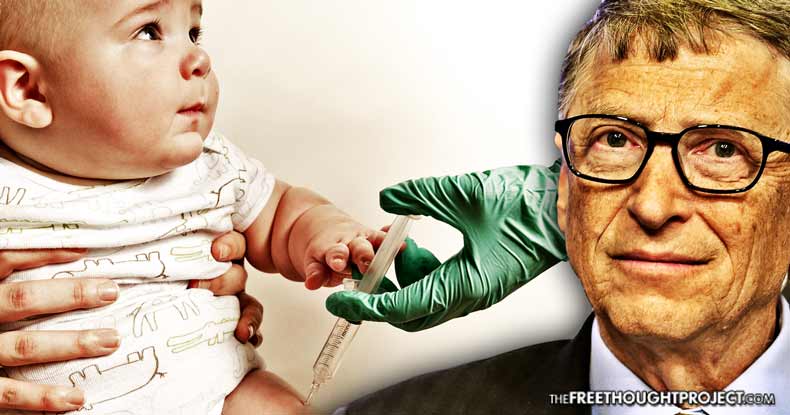 Cambridge, MA – A new discovery could revolutionize the way childhood vaccines are administered, as engineers at MIT have invented a way for multiple doses of a vaccine or drug to be given over an extended period of time with only one injection.

The process involves the invention of a “new 3-D fabrication method that can generate a novel type of drug-carrying particle that could allow multiple doses of a drug or vaccine to be delivered over an extended period of time,” according to MIT News.

This novel fabrication technique, called SEAL (Stamped Assembly of Polymer Layers), creates three-dimensional microparticles that resemble tiny coffee cups that can be filled with vaccines or drugs, which are sealed with a lid. The “cups,” made of a FDA-approved biocompatible polymer, can be designed to degrade at specific times, spilling out the contents.

“We are very excited about this work because, for the first time, we can create a library of tiny, encased vaccine particles, each programmed to release at a precise, predictable time, so that people could potentially receive a single injection that, in effect, would have multiple boosters already built into it. This could have a significant impact on patients everywhere, especially in the developing world where patient compliance is particularly poor,” Robert Langer, a noted chemical and biological at the David H. Koch Institute at MIT, said in a statement.

“The SEAL technique could provide a new platform that can create nearly any tiny, fillable object with nearly any material, which could provide unprecedented opportunities in manufacturing in medicine and other areas,” Langer added.

And while there is no question this is a clear revolution in bioengineering, with numerous applications, many people will likely be wary of giving their newborn baby or infant a time released mega-dose of vaccines due to the potential risk of complications were the container carrying the multiple boosters fail or degrade at a non-scheduled rate.

The senior authors of the research, which was published in Science on Sept. 14, are Langer, and Ana Jaklenec, a research scientist at MIT’s Koch Institute for Integrative Cancer Research.

According to a report by MIT News:

Langer’s lab began working on the new drug delivery particles as part of a project funded by the Bill and Melinda Gates Foundation, which was seeking a way to deliver multiple doses of a vaccine over a specified period of time with just one injection. That could allow babies in developing nations, who might not see a doctor very often, to get one injection after birth that would deliver all of the vaccines they would need during the first one or two years of life.

In effect, a capsule with a massive dosage of vaccine would be inserted into a baby to be time released due to the scheduled degradation of the compound encasing the vaccine.

In trials using mice, the microparticles were successfully released in bursts at nine, 20, and 41 days after injection. The researchers used ovalbumin, a protein found in egg whites that is often used to stimulate an immune response, to test whether the particles retained their effectiveness inside the tiny “cups.” The mice exhibited a strong immune response nine, 20, and 41 days after the initial injection—suggesting that the technique was viable.

Jaklenec says there haven’t been human clinical trials yet, and that there are none planned for the next year.

According to the MIT News report:

The researchers have also designed particles that can degrade and release hundreds of days after injection. One challenge to developing long-term vaccines based on such particles, the researchers say, is making sure that the encapsulated drug or vaccine remains stable at body temperature for a long period before being released. They are now testing these delivery particles with a variety of drugs, including existing vaccines, such as inactivated polio vaccine, and new vaccines still in development. They are also working on strategies to stabilize the vaccines.

Due to Langer’s project funding coming from the Bill and Melinda Gates Foundation, there is likely to be strong international pushback – particularly in India – where seven children died during clinical testing of HPV vaccines on children in state-run boarding houses for the poor — often whose parents were illiterate and didn’t know what they were signing, according to a lawsuit that came before the India Supreme Court.

A scathing report in The Economic Times of India reports on the fraud and scandals surrounding the Gates vaccine empire’s foray into India.

The article, titled, Controversial vaccine studies: Why is Bill & Melinda Gates Foundation under fire from critics in India?, lays out the case that went before the India Supreme Court regarding the death of seven girls and hundreds of injuries that occurred during the clinical trials of HPV vaccines.

The trials were conducted using thousands of girls between 9 and 15 – thousands of which lived in state run boarding houses for impoverished families – most of whom, and their parents, were unaware of what type of clinical trial was being conducted.