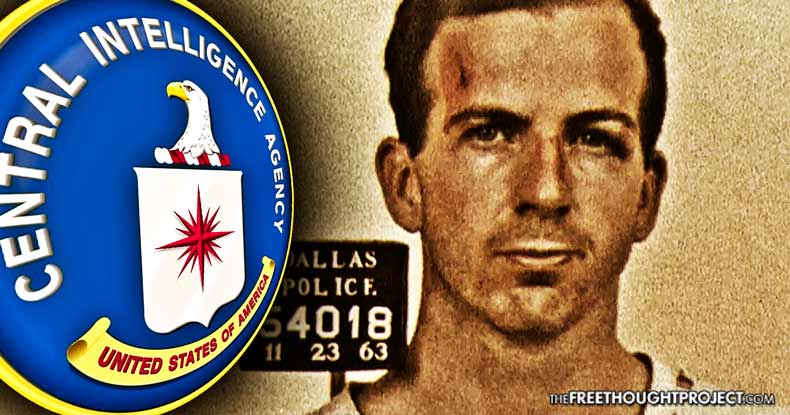 Countless concerned individuals are still searching for answers surrounding the mysterious death of the 35th president of the United States, John F. Kennedy. The official narrative, that a lone former Marine named Harvey Oswald assassinated him, is widely disputed.

All available documents from all government entities are required by the Kennedy Assassination Records Collection Act of 1992 to be released on October 26th of 2017. But if history repeats itself, the Central Intelligence Agency may not release an entire volume of documents on Oswald, known as “volume 5.”

As Sputnik reports, the release in July of 3,810 CIA and FBI documents on the assassination by the Assassination Records Review Board threw up a number of revelations that JFK researchers have hungrily devoured and enthusiastically publicized. For instance, the mayor of Dallas at the time of Kennedy’s assassination, Earle Cabell, was a CIA asset in the 1950s, and his brother, Charles Cabell, a high-ranking CIA official until 1962.

The release in October has been highly anticipated by those seeking answers. However, thanks to a deliberate fudging or records, or a conveniently timed clerical error, an entire volume may never see the light of day.

As late as 1977, the entire 7-volume collection of documents was intact, having been checked out by Russ Holmes in the Office of General Counsel and noted the 7-volume series was all together, not missing any volumes. But when the CIA was asked to turn over the volume of documents on Oswald, the hitman in the assassination, it seems the agency stonewalled a bit, like a shell game according to independent investigator Malcolm Blunt.

This huge search by CIA did not surface Oswald’s security files and the Assassination Records Review Board (AARB) remained uninformed about their existence. Not until 1997 when an ARRB staffer stumbled across evidence that two previous congressional investigations had access to these files did CIA “discover” them.

The AARB eventually received the 7-volume set of documents on Oswald in 1998, but staffers quickly realized there was one volume missing—volume 5.

An agency explanation was offered that volume 5 could have been consolidated into Volume 4, or Volume 6 for example. Eventually, the agency concluded, according to Blunt, Volume 5 of Oswald’s Security file may never have existed.

So far, 2017 has been a year of anticipation for JFK conspiracy theorists as they await the release of all files surrounding the assassination of one of the country’s most beloved presidents. One group, known as the Citizens Against Political Assassinations, is chomping at the bits to get to volume 5 and others. They believe the official government narrative is full of holes and needs to be investigated.

Many of its members are lawyers, and as TFTP has reported, have desired to clear Oswald’s name of any wrongdoing if possible.

But it is attorney Lawrence Schnapf, Chair of the Environmental Law Section of the New York Bar Association, whose comments concerning the current president and his relationship with the Deep State (implied but not referred to as such) have the media ablaze with talk of yet another political assassination.

Schnapf is the co-chair of the CAPA legal committee. After a brief discussion of why JFK’s assassination is relevant today, Schnapf compared the early 1960s with 2017. He said the Warren Commission was the “original fake news” organization whose conclusions later became the official government narrative. Although the commission refused to pursue “exculpatory” information, which is now hidden behind “government secrecy,” he says he hopes will come out this year, in compliance with the JFK Assassination Records Act.

Turning attention again to the case of JFK, the group plans to use the shell casings found on the scene and 21st-century ballistics analyses to conclusively determine whether or not Oswald actually killed JFK.

He said they’re first going to conduct a mock trial in November, and later an official legal proceeding called a “Court of Inquiry,” an official court proceeding to definitely prove “Lee Oswald was not the shooter…that’s what we hope to prove.”

The group hopes to expunge Oswald’s name from the official narrative, clearing not only his, but also his daughter’s, to “expunge the stain of their father’s name from” theirs.

“Oswald was not convictable, much less indictable,” he concluded.

The reputable lawyer contends that the mainstream media often overlooks the real story —that the government is not transparent — and that the Department of Justice (which also includes the FBI) has been politicized.