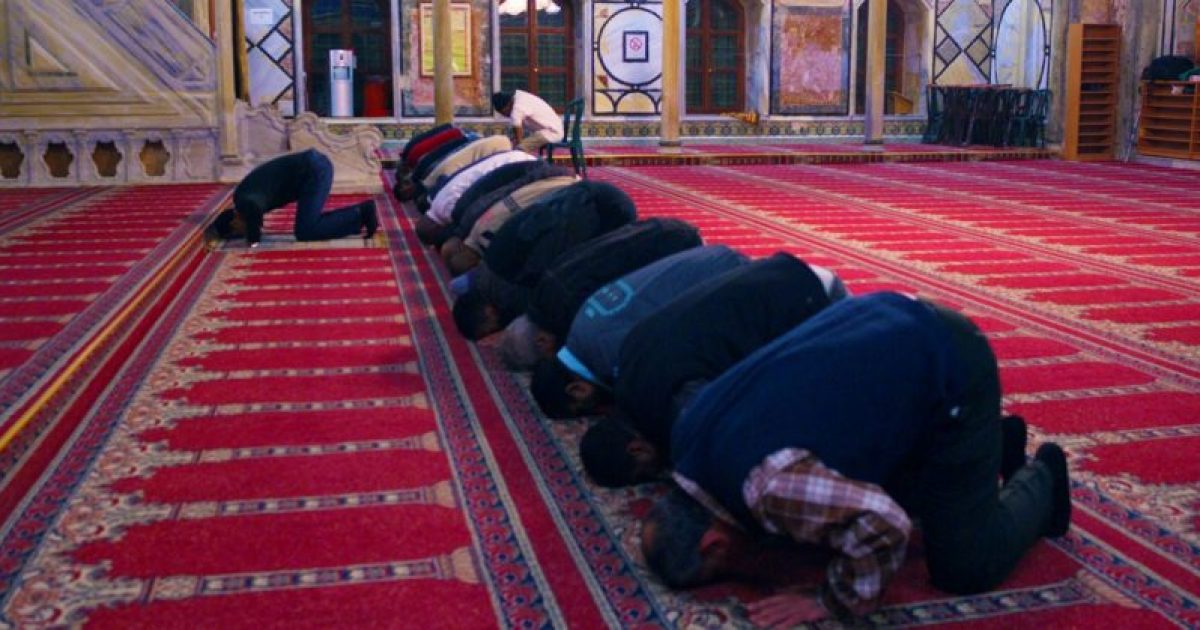 As if you needed more evidence that there was no such thing as “moderate” Islam, along comes proof that Islam is just different degrees of extremism.

A so-called moderate mosque in England is under fire after an undercover police officer recorded their imam encouraging his parishioners and their children to join ISIS.

From the Daily Mail:

On September 2 last year, he allegedly told nine children and 35 adults that martyrdom was the ‘supreme success’, greater than any other such as school or college.

Those who died ‘fighting for Allah’ had nothing to fear because they would be forgiven, he is claimed to have said. They would be martyrs in paradise hated by no one except ‘unbelievers’ and hypocrites.

In front of a congregation of ten to 15 children under the age of 15 and about 25 adults on August 19 last year, Hussain allegedly said the Government funded groups such as the English Defence League and Britain First to insult Muslims, attack them and put them down.

‘The kuffar [unbelievers] will attack you and kill you,’ he added. ‘Stand up and be ready to sacrifice, be ready to stand in the face of the elements of shaytan [satan], be ready to spill blood and have your blood spilt’…

‘Some of the sermons, however, strayed beyond mainstream moderate Islamic thought and moved into support and encouragement to those carrying out acts of terrorism.’

The court heard that in March last year Hussain posted a ‘chilling message’ on social media in which he said the ‘Khilafah’ – a reference to IS – was ‘knocking on your door and the fulfilment of Allah’s command is near and if you don’t like it and are enraged by it, then our message to you is simple: “Die in your rage.’’’

In another post, he wrote that Islam ‘is the light of Allah, pre-destined to eliminate the darkness of kufr’ [non-believers]…

The sermon echoed a recording made at a demonstration in which someone was heard saying: ‘Inshallah [God willing], we will see the black flag of Islam over Big Ben and Downing Street’.

While the imam is not known to have committed acts of violence against non-Muslims, the fact is he can be heard encouraging the people in his mosque to embrace terror and violence as a tool in the battle against the infidels (that’s us folks).

Even worse, and something that the Daily Mail article does not discuss, is the fact that the imam was preaching this filth on a regular basis and the people in his congregation said nothing, did nothing to stop him.

The undercover officer recorded 17 different sermons where the imam could be heard exhorting his people to engage in violence against the nonbelievers.

How many sermons like that did he preach when the undercover officer wasn’t around?

What does their silence say about the Muslim community in England?

Extremism is much closer to home than you realize.

It’s not just the terrorists on the battlefield in Syria, it’s the imams like Kamran Sabir Hussain preaching hate in mosques across the Western world, and it’s the congregations hearing his sermons and sitting in silent agreement.

Article posted with permission from Consitution.com