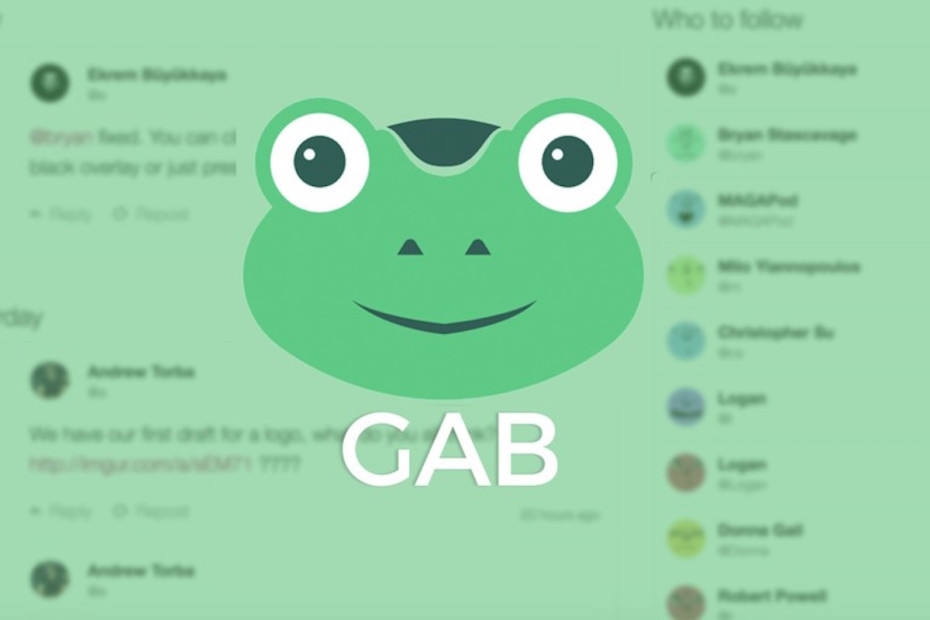 Alternative media social network Gab.ai, whose logo is a frog often used by the “alt right,” faces domain seizure for failing to remove content that vilifies “race, religion or ethnic origin.” Their registrar further implied that the site promotes hate and discrimination.

Gab’s domain registrar, Asia Registry, has given the network 5 days to transfer its domain or it will be seized according to a notice sent to the company, Andrew Torbha Gab’s CEO tweeted out.

This comes after Gab was contacted by its registrar to take down a post by the founder of the neo-Nazi site, Daily Stormer, Andrew Anglin.

Torbha noted in a Medium post that Gab previously has enforced its own guidelines and that the post did violate its own policy and was indeed obscene.

Torbha, who I personally interviewed before Gab’s start last year for We Are Change, expressed on Twitter that “The free and open web is in danger.”

This isn’t the first time Torbha suggested what he saw as a “threat to the Internet.” During our interview he stated that “big social was moving to censor everyone and play the online thought police.”

He also highlighted that Gab’s site didn’t have “hate speech or harassment rules” because in this day and age that has become a “subjective definition.”

We have very simple guidelines. We don’t have anything like hate speech or harassment rules because in 2016 that type of stuff has largely become a subjective definition by whoever is deeming something hateful speech. So our guidelines are very simple. We have three: #1 no illegal pornography, #2. Zero tolerance policy for threats and terrorism. 3. No posting other users’ private information (d0xing).

Gab just wrapped up its fundraising campaign last month tweeting “F*CK YOU Silicon Valley Elitist Trash,” thanking its users for a successful crowdfund in which the company raised 1 million dollars.

This comes as the Gab app was pulled from Google Play just last month after Google also accused the alternative free speech social network of “violating its hate speech policy.”

“Google has pulled Gab’s Android app from the Google Play Store for ‘hate speech,’” wrote Andrew Torba, the creator of Gab. “This is war.”

Google isn’t the only one censoring the alternative social network, Apple also denied the app in its own Appstore stating it “included pornographic content” posted by users — despite how Twitter also features similar user-generated content.

Gab, in turn, is suing Google for what it calls “antitrust violations” arguing that the company violated antitrust laws when it rejected Gab’s app from its Android app store. Gab further went on to state, the decision to block its app from the Play Store “is intended to, and does, unlawfully protect the financial and strategic benefits it enjoys by virtue of its partnership with Twitter, Gab’s chief competitor, from other competitors.”

A Google spokesperson told Ars Technica that the claim was baseless and they were prepared to defend it in court.

This claim is baseless and we’re happy to defend our decision in court if need be,” a spokesperson wrote. “In order to be on the Play Store, social networking apps need to demonstrate a sufficient level of moderation, including for content that encourages violence and advocates hate against groups of people. This is a long-standing rule and clearly stated in our developer policies. This developer is welcome to appeal the suspension if they’ve addressed the policy violations and are compliant with our Developer Program Policies.

As for Apple, Gab states they are practicing a double standard and they intend to appeal the decision:

“This clear double standard against us is potentially politically motivated and clearly targeted,” Gab said in its post. “When you actively search for something on a user-generated website, chances are you’re going to find what you are looking for.”

Torbha plans to bring Gab to the blockchain which will inevitably “give the power and control to The People and make the internet censorship-proof.”

“Gab wants to lead the creation of the next level of the internet. If Web 2.0 was about centralized, social, and mobile networks: Web 3.0 will be a decentralized, blockchain-based, radically transparent, people-powered internet infrastructure,” Torbha concluded.