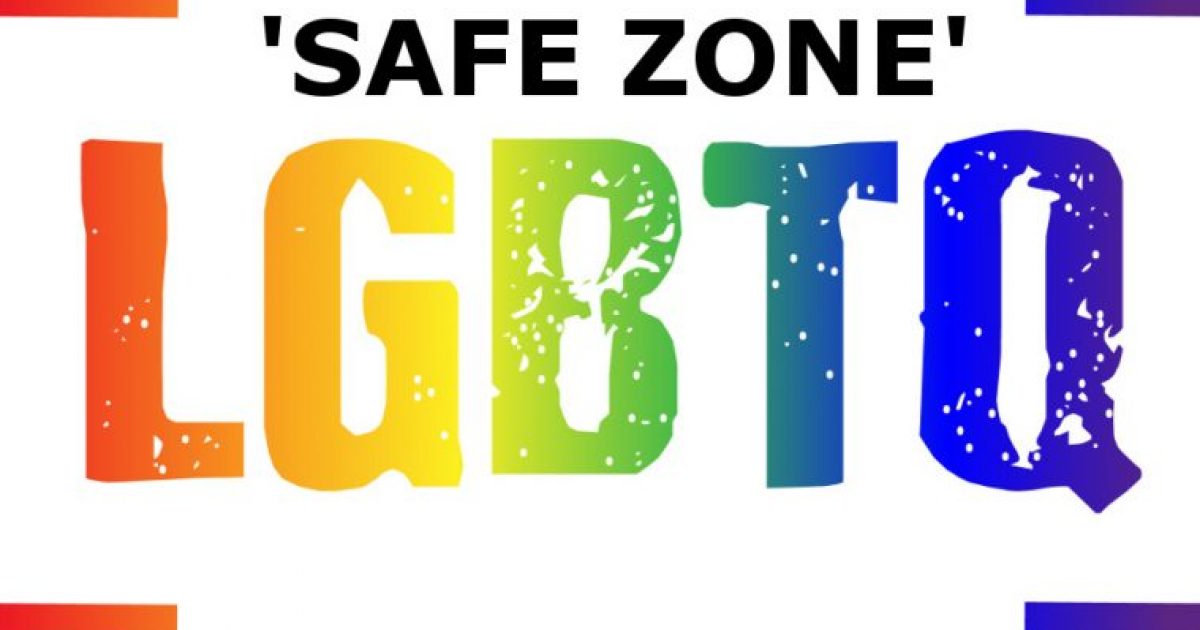 More unconstitutional spending coming out of Congress and the Trump administration, just like it has been during previous administrations.

The latest discovery of unconstitutional, wasteful spending is a nearly $600,000 grant to finance a study that will look into designating “safe zones” for LGBTQ community members.

The federal government is awarding more than half a million dollars in taxpayer money in the form of grants to fund a study examining “safe zones” designated for engineering students who identify as members of the LGBTQ community.

A grand total of $587,441 is being spent by the National Science Foundation (NSF) to finance a joint study titled “A Virtual Community of Practice to Promote LGBTQ Inclusion in Engineering” – a research project that includes the creation of an online Safe Zone course devised to offer inclusion training for engineering students, as well as for engineering professionals nationwide.

According to NSF, the possibility of some gender-confused students feeling a bit uneasy about the acceptance of their sexuality while taking engineering courses warrants an investment of nearly $600,000 in taxpayers’ money.

Seriously, over half a million dollars to study a “possible problem”?

It sounds to me like we have a much bigger problem than this. We have people in DC who take an oath to uphold the Constitution and abide by it and yet, they turn right around and appropriate this money to things the Constitution never gives them the authority to appropriate it to.

“It will provide support for new approaches to foster inclusion and research on how to enable faculty and staff to become change agents,” the abstract continues. “The project will identify issues faced by LGBTQ students and professionals in engineering, identify and implement strategies to create more welcoming engineering environments, and disseminate those strategies so that they can be expanded to a national level.”

In other words, it’s to indoctrinate your kids to receive the behavior of the LGBTQ community as normal and perhaps, to even engage in that behavior.

In fact, The Washington Free Beacon reports, “The study aims to ‘foster inclusion’ and allow college faculty and professors to ‘become change agents.'”

Over $100,000 of the money will be spent by the National Science Foundation to create “safe zone” inclusion training.

The money is being given in two separate grants: the American Society for Engineering Education was awarded $473,325 while the University of Illinois at Urbana-Champaign was given $114,116.

“In addition, the research will be the basis of systematic development and formative refinement of an online SafeZone course to provide inclusion training to engineering students and professionals nationwide,” the grant states.

“A chilly climate for LGBTQ individual [sic] can be found in every sector of STEM professions, where cultural norms and professional ideologies make it difficult to recognize and rectify exclusionary practices,” the grant continues. “One negative consequence of this chilly environment is difficulty in recruiting and retaining talented LGBTQ individuals into the engineering profession.”

In the past, we have seen how money is spent unconstitutionally and wastefully in DC. Here are some examples.

Still, we have organizations promoting a Balanced Budget Amendment, thinking that if they write more words, it will cause Congress to automatically obey them, even though they are not obeying the scope of their spending authority now.

It’s way past time that the DC beast got out of education altogether, including higher education. It’s also high time that they stopped being given a pass to engage in unconstitutional spending.

First, we should be electing representatives who understand what the Constitution says about what they can spend money on. I’ve recently come up with a simple thing that people could do at political rallies for candidates and that is to teach their children the first ten amendments and then ask the candidate to state those amendments to those he is seeking to represent. If he can’t, have your child cite them and then communicate loud and clear that your child is better suited to uphold the Constitution than they are.

However, for those running for Congress, perhaps they could simply refer to their enumerated powers. These encompass their authority to spend.

Second, when it comes to education, we should be teaching our children ourselves, not sending them to the public indoctrination centers. To get started with that for free, click here.

Finally, we need a return to states ignoring the Supreme Court’s ruling on sodomy laws and begin to deal with this epidemic of mental illness, as well as Christians must be bold in confronting those engaging in the practice, as well as those seeking to support and protect it with the Gospel of Jesus Christ.