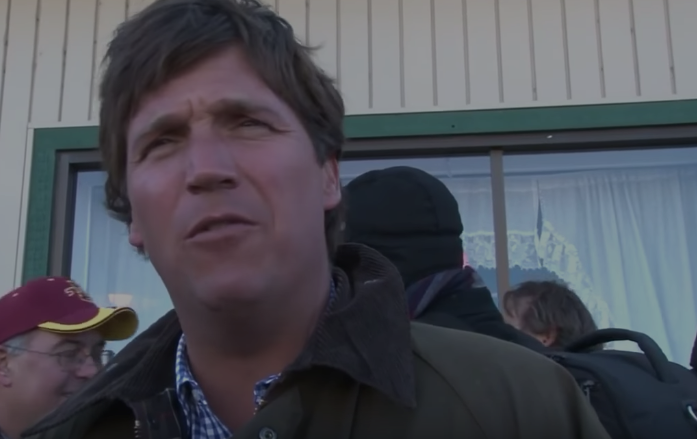 (INTELLIHUB) — Seemingly right-leaning Fox News anchor Tucker Carlson previously revealed on camera how he thinks that 9/11 was not an ‘inside job’ and said that such a theory is just “too much” even for him to believe.

The flamboyant anchor was recently confronted for an off-air interview where he told “The Liberty Hound” that he believes the official story.

When asked for his take on the collapse of the 47 story tall World Trade Center 7, Tucker responded: “Come on. […] My macro view is that the buildings came down because a bunch of nutcases flew a plane into them.”

“I hate that 9/11 crap,” he said. “I think that people, before saying something that heavy, ought to present real evidence […].”

The famed Fox News anchor went on to acknowledge that ‘burning jet fuel’ brought down the towers.

“It has been looked into,” he said, before calling “The Liberty Hound” a parasite.

Shepard Ambellas is an opinion journalist, analyst, and the founder and editor-in-chief of Intellihub News & Politics (Intellihub.com). Shepard is also known for producing Shade: The Motion Picture (2013) and appearing on Travel Channel’s America Declassified (2013). Shepard is a regular contributor to Infowars. Read more from Shep’s World. Follow Shep on Facebook.