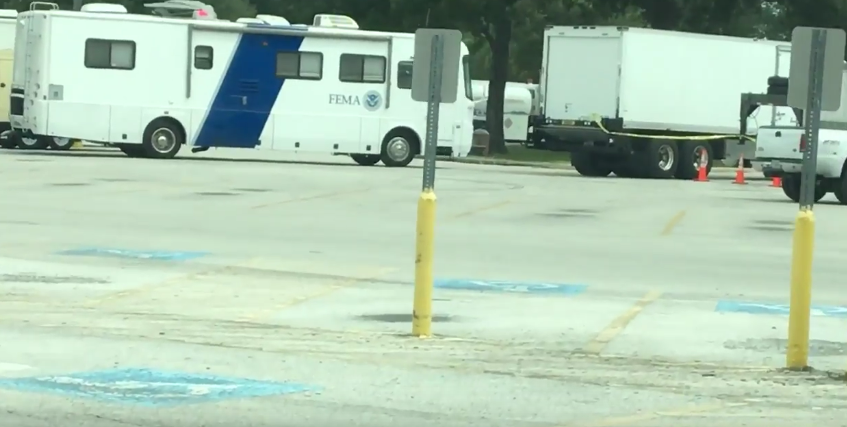 HOUSTON, Texas (INTELLIHUB) — It looks like the Federal Emergency Management Agency may have converted a building which housed an old Walmart store into a base and storage facility.

A video published to the “joe mendoza” YouTube channel on Sept. 19 reveals how the federal facility which took about ‘two years’ to set up is now active and FEMA busses, trailers, and other equipment can be seen on site along with personnel.

The facility is equipped with a surveillance system, lights, restrooms, showers, and other features that were previously incorporated into the original design of the Walmart store itself.

A security guard was spotted on site.

“It used to be a Walmart,” the man said. ‘”All the Walmarts” are going to be like this.’

FEMA barges have also been seen in Port Arthur.